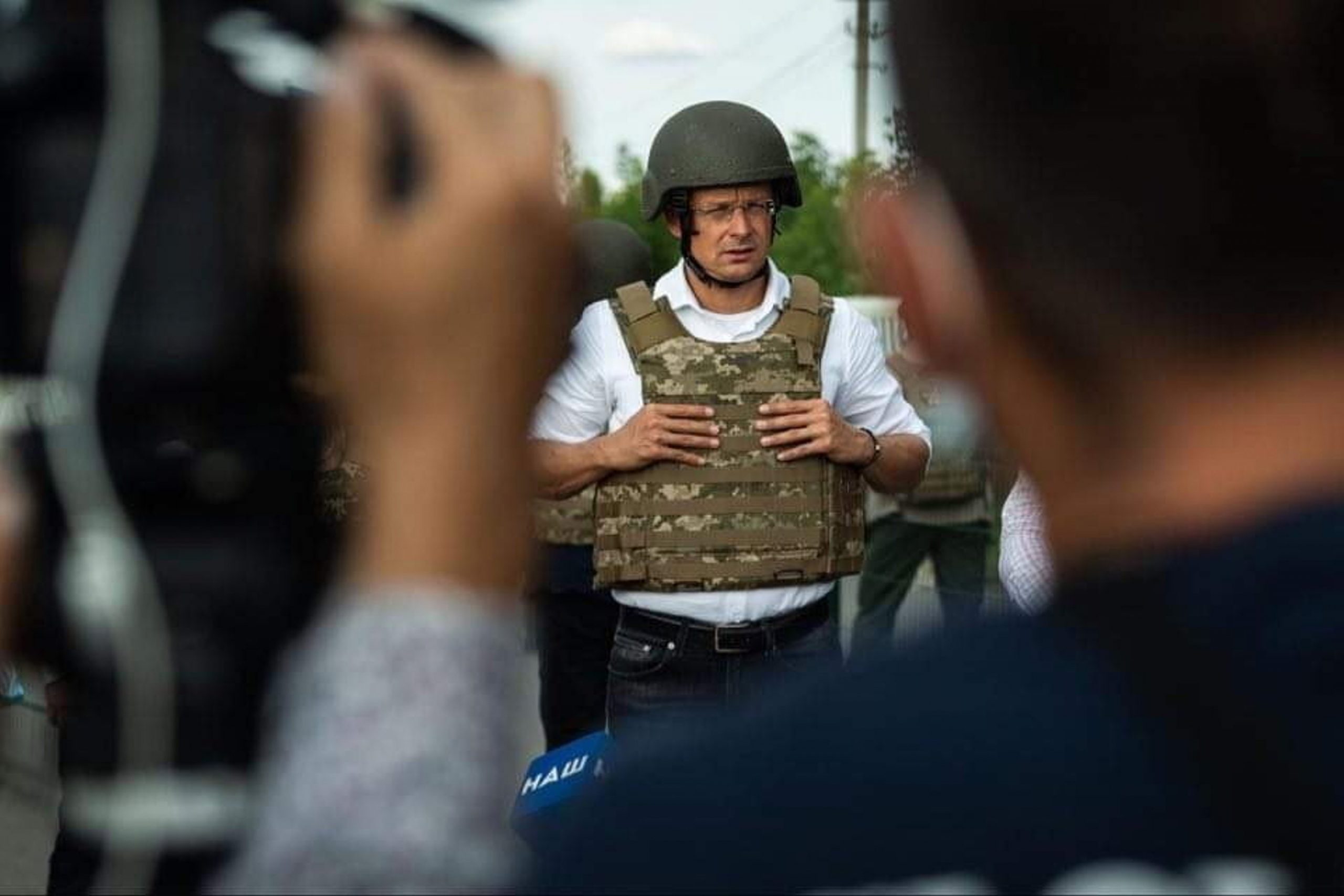 Hungary, as rotating president of the Council of Europe, will do everything in its power to contribute to an early and peaceful ending of the armed conflict in eastern Ukraine, Foreign Minister Péter Szijjártó said in Stanytsia Luhanska on Thursday, during a visit with Dmytro Kuleba, his Ukrainian counterpart.

Szijjártó said he was the first official from a country holding the presidency of the Council of Europe to visit eastern Ukraine’s war zone.

“I find it especially sad that there are armed conflicts in Europe in the 21st century,” Szijjártó said, adding that Hungary was working to promote the goals of the Minsk agreements. Before the conflict is settled, Hungary will send humanitarian aid to the region, he said. He noted that the Hungarian government had financed renewing a local clinic serving some 10,000 residents.

Szijjártó expressed hope that the two sides would make progress in their talks on the issue of Hungarian-language education in Ukraine's Hungarian schools.Continue reading

An observer team in Ukraine of the Organisation for Security and Cooperation in Europe has 21 Hungarian members, Szijjártó said, adding that while that mission would be continued, the Hungarian government had also contributed 140,000 euros to the Council of Europe’s Ukraine action plan.