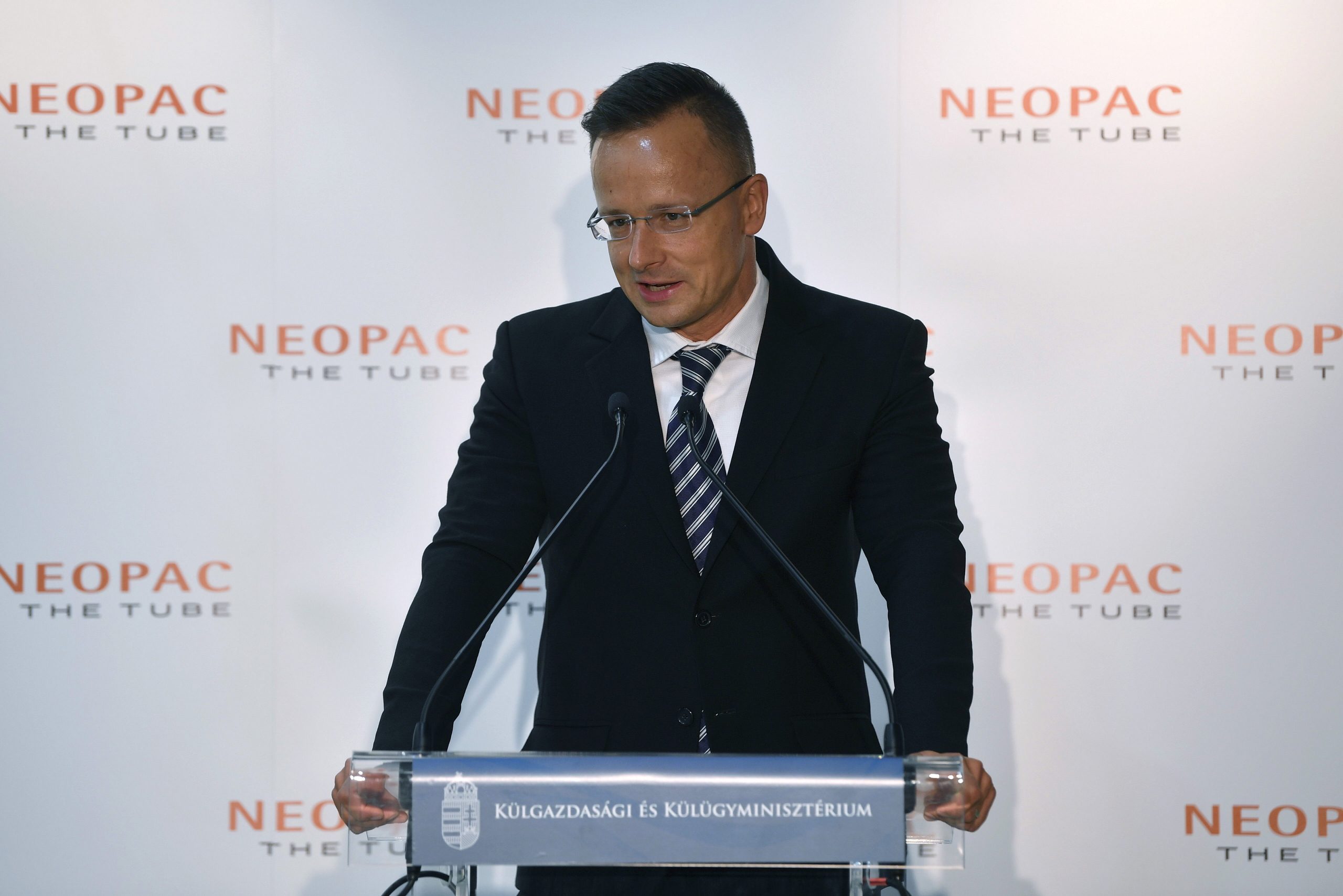 The global economy is on the brink of a new era, Hungary’s foreign minister said after a joint session of the Hungarian and Slovenian governments in Celje.

Concerning the security challenges faced by Europe, Péter Szijjártó said the European Union was under migration pressure from multiple directions and looked “completely incapable of enlarging the bloc towards the Western Balkans”.

The fact that Hungary and Slovenia’s governments held a joint session “clearly shows” that cooperation between the two countries is better than at any other time in the past, Szijjártó said.

He said practically the same mistakes were being made in terms of migration as in 2015. “Western European politicians regularly say that one must not return to 2015, yet their irresponsible comments send out invitations to masses of people who want to set out to Europe, suggesting that this is the time to come”, he said.

The failure in Afghanistan will start a serious migratory pressure, with already four million internal migrants living in Afghanistan. Migration will result in not only the usual security and cultural risks but also serious health risks, he said, adding that a new wave of migrants could also speed up the spread of the pandemic.

“We have been in agreement that the external borders of the EU must be protected and that illegal migration must be stopped, and also that people in difficult situations must be given help at the place where the trouble is,” he said.

Szijjártó said a successful project had been completed in Kenya and it has now been agreed that joint development projects would be carried out in five African countries, including setting up hospitals, developing water management, and revamping schools. These will help improve living conditions for people under difficult circumstances, to help them stay in place and not set out to Europe as migrants, he added.

The importance of enlarging the EU has also been agreed upon, Szijjártó said, adding that the Hungarian government had expressed its appreciation of Slovenia, which currently fulfills the EU presidency, making every effort to promote enlargement towards the Western Balkans. Hungary, the current president of the Visegrád Group, and Slovenia, the current president of the EU, are joining forces to promote the success of one of the EU’s most important policies, which is enlargement, he added. 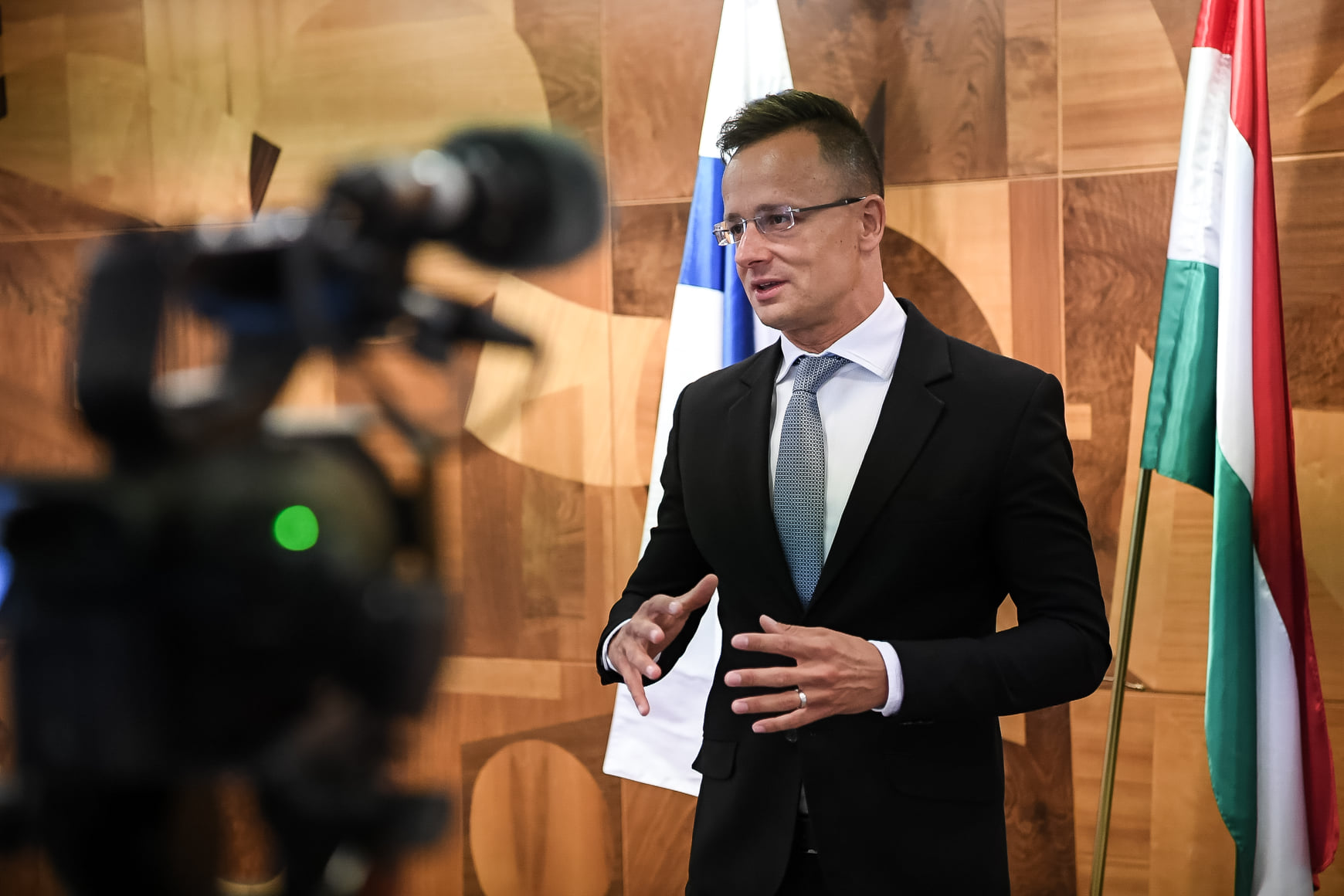 Northern Europe today is facing the same challenge Central Europe has been dealing with since 2015, Szijjártó said in Finland, adding that this is changing those countries' approach towards the issue of migration.Continue reading

Commenting on energy security, he said the necessary cables to link the electricity networks of the two countries were being supplied by a company to the Slovene-Hungary border by October this year. Electricity will be supplied over the new link from the spring of next year, he added.

He also said that the OTP Group and oil and gas company MOL had further strengthened their positions in Slovenia. “The fact that the largest Hungarian companies participate in the development of Slovenia’s economy creates an even tighter link between us,” he added.

Szijjártó also said that Slovenia’s security was important to Hungary, with the Hungarian air force to continue providing airspace policing and airspace protection tasks in conjunction with the Italian air force there.

Before the press conference, an agreement was signed on humanitarian and international development cooperation, cooperation between the Hungarian Chamber of Industry and Commerce and the Slovene chamber of small entrepreneurs, and joint technological transfer between Slovenia’s Pipistrel and Hungarian company Genevation.