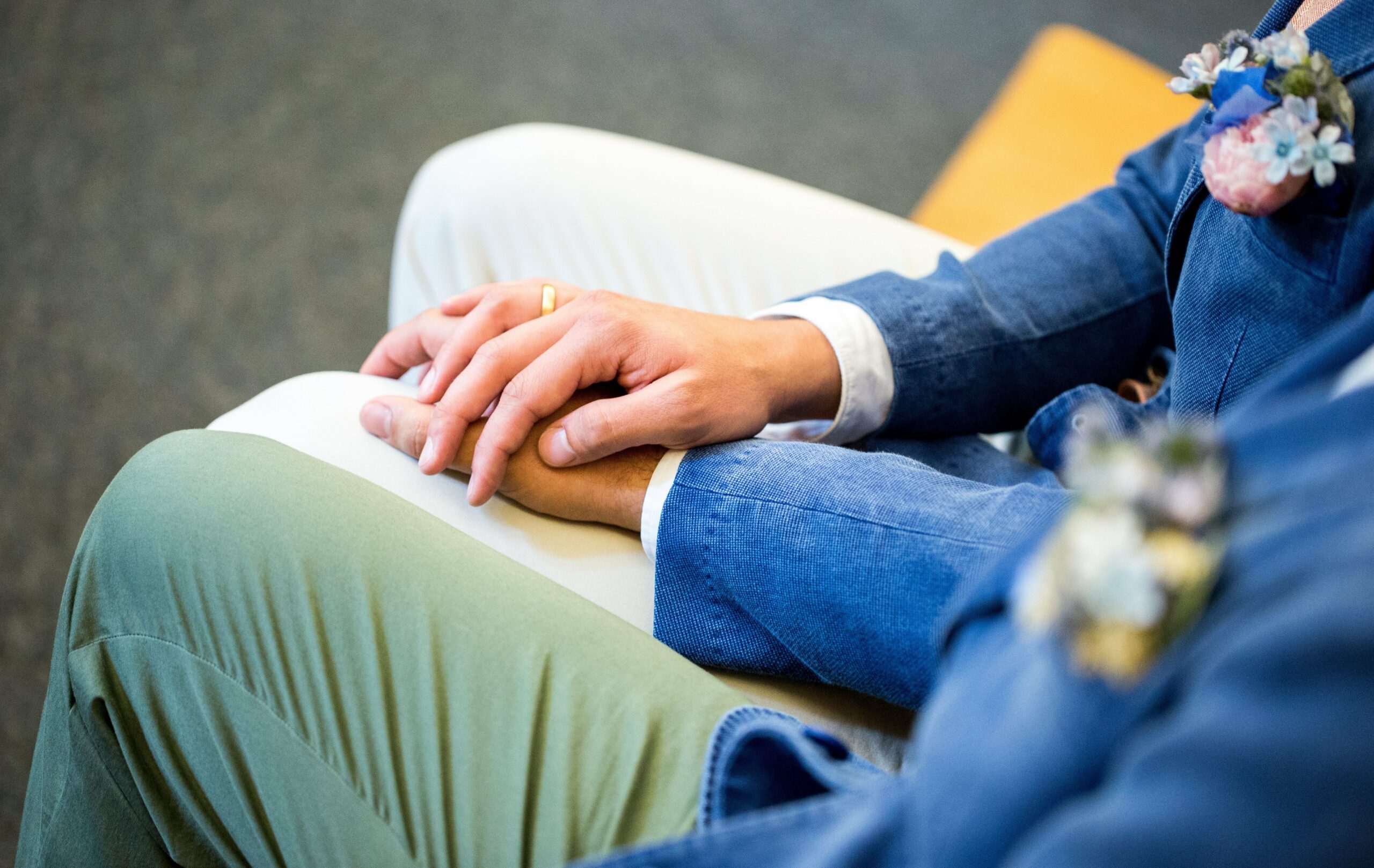 On February 13, a sympathy rally will be organized in front of the Finnish Embassy in Budapest in support of former Finnish Interior Minister Päivi Räsänen. The Christian Democrat politician is on trial for, among other things, questioning the decision of her own church, the Evangelical Lutheran Church of Finland, to support the Pride festival, citing the words of St. Paul in a Twitter message. The Finnish prosecution says her statements are derogatory and discriminatory against homosexuals and violate their equality and dignity. She is accused of three counts of incitement against a minority group. The politician’s trial began Jan. 24 and will continue on February 14, the day after the demonstration.

Finnish Christian Democrat politician Päivi Räsänen faces up to two years in prison for, among other charges, tweeting a Bible verse quoting the apostle Paul. She is accused of three counts of incitements against a minority group.

Räsänen, a medical doctor who was Finland’s Interior Minister between 2011 and 2014, and a leader of the Christian Democrats, has repeatedly stated in recent years that she considers marriage to be a union between a man and a woman. Two years ago, when her church, the Evangelical Lutheran Church of Finland (ELCF), announced its official participation in the 2019 LGBT Pride festival, she quoted the Apostle Paul from the Bible, (Romans 1:24-27):

Therefore God gave them over in the sinful desires of their hearts to sexual impurity for the degrading of their bodies with one another. They exchanged the truth about God for a lie, and worshiped and served created things rather than the Creator—who is forever praised. Amen. Because of this, God gave them over to shameful lusts. Even their women exchanged natural sexual relations for unnatural ones. In the same way the men also abandoned natural relations with women and were inflamed with lust for one another. Men committed shameful acts with other men, and received in themselves the due penalty for their error.”

Soon her Twitter post was deemed a crime, incitement against minorities, and five separate complaints were filed about other comments and interviews she gave. The police questioned her several times, but in no case was she found to have violated the law. However, the Prosecutor General summoned her shortly after and decided to file three counts of criminal charges against the politician in April 2021. One charge concerns her Twitter post, another her booklet titled “Male and Female He Created Them,” published in 2004, and the third charge concerns her comments on a 2019 radio talk show called, What would Jesus think about homosexuals? The trial began on January 24.

According to press reports, the former interior minister is on trial after being accused of engaging in “hate speech” in connection with public comments she made describing homosexuality as a “disorder of psychosexual development,” and labeling homosexuals as “dysfunctional.” Her tweet was accompanied by a picture of a Bible passage describing homosexual acts as “shameful” and “unnatural.” 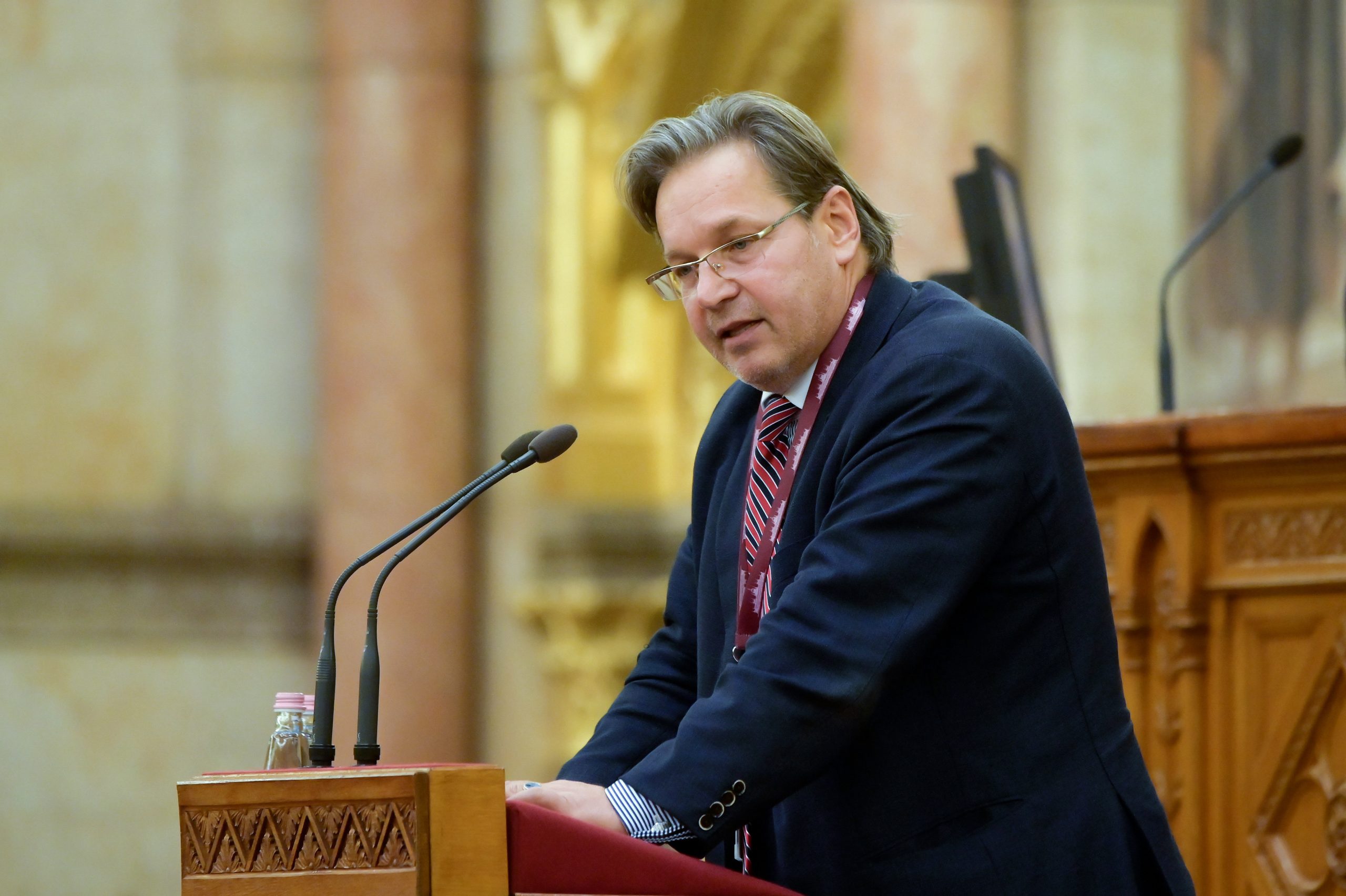 According to the Prosecutor General, the statements are derogatory and discriminatory against homosexuals and violate their equality and dignity. Thus, they overstep the boundaries of freedom of speech and religion, and are likely to fuel intolerance, contempt, and hatred.

A sympathy rally in support of the former minister will be organized outside the Finnish Embassy in Budapest on Feb. 13. According to organizers, her trial which will continue on Feb. 14, “will also be a test of religious freedom, the outcome of which could have repercussions throughout Europe.” The demonstration alongside the accused politician will take place in front of the Finnish Embassy in Budapest on Feb. 13, starting at 2 p.m.

“How long can Christians speak freely? Can the Bible be handcuffed? Who will be the next victim of a trial?,” asks the group organizing the demonstration, asking everyone to participate “for religious freedom and freedom of expression.”

After Räsänen’s trial, conservative Christian NGO CitizenGO is also organizing similar demonstrations in front of embassies in several countries to put pressure on Finnish decision-makers and show their support.

Even before the trial, Räsänen issued a press release stating that she was calmly awaiting the court hearing. She argues that because of the Finnish Constitution and international conventions guaranteeing freedom of speech and religion, the court must side with her.

“I will not give up my religious convictions and I am ready to defend my right to freedom of speech and religion in any court of law,” said the politician.

Ahead of the trial, Räsänen expressed her fear that in addition to a possible two-year prison sentence and a fine, she may also have to stop her activities on social media networks. According to the MP, “the conviction would trigger an avalanche of further posts of a similar nature, leading to a modern book burning.” Finally, she adds, “I am honored to defend freedom of expression and religion.”

During the first trial, the greatest source of tension revolved around the interpretation of the biblical term of sin. Although the prosecutor said the case was “not about theology or biblical interpretation,” much of the trial revolved around Räsänen’s faith, according to news site Hetek, published by the Evangelical Pentecostal Christian denomination church Hit Gyülekezete (Faith Church), which reported live on the trial. Faith Church also happens to maintain a very good relationship with Fidesz.

The other defendant in the trial was evangelical bishop Juhana Pohjola, with whom Räsänen had written a booklet in 2004 titled Male and Female He Created Them. Since the bishop was the editor of the book, he is charged with participating in a hate crime.

In response to the prosecutor’s questions, Juhana Pohjola said: “The publication is based on the Christian image of man. But God’s grace is also universal. He wants to forgive sins. For all people.”

The first court hearing ended Jan. 24 and will continue Feb. 14.

Many have expressed their solidarity with the politician

The criminal proceedings have also provoked a strong response from Christian circles in Hungary. Many, including several Hungarian politicians, have expressed their solidarity with the MP. The Christian Democrats (KDNP) called the criminal proceedings “unacceptable.” “This is clearly a liberal dictatorship,” their statement said. The faith expressed by quoting from the Bible should not be criminalized in Finland or in any other EU member state they added, stressing that, “This is the persecution of Christians.”

Azbej Tristan, Hungary’s State Secretary for the Aid of Persecuted Christians and for the Hungary Helps Program, stood up for Räsänen in a Facebook post, writing:

I stand in solidarity with former Finnish Interior Minister Päivi Räsänen, who is currently facing trial in Helsinki District Court for standing up for biblical Christian teachings! It is unacceptable that denying biblical teaching is a criminal offense. Freedom of religion and conscience is a fundamental human right that also belongs to Christians.”

E. Sylvester Vizi, former president of the Hungarian Academy of Sciences, and chairman of the Friends of Hungary Foundation, which publishes Hungary Today, was also critical of the issue, saying: “What is being discussed is neither a theological question nor a question of faith, it is much more a scientific thesis, which is pointless to argue about. Namely, one wants to question a fundamental biological fact (here he referred to the criticism of Räsänen’s booklet Male and Female He Created Them). Because whether someone is male or female depends exclusively on the sex chromosomes: the X chromosome and the Y chromosome.

According to the scientist, such “misleading” dialogues, as well as court cases, lead many scientists to dare not publicly express their opinions. They fear such consequences as the Finnish politician is now facing, namely the threat of being sentenced to prison.