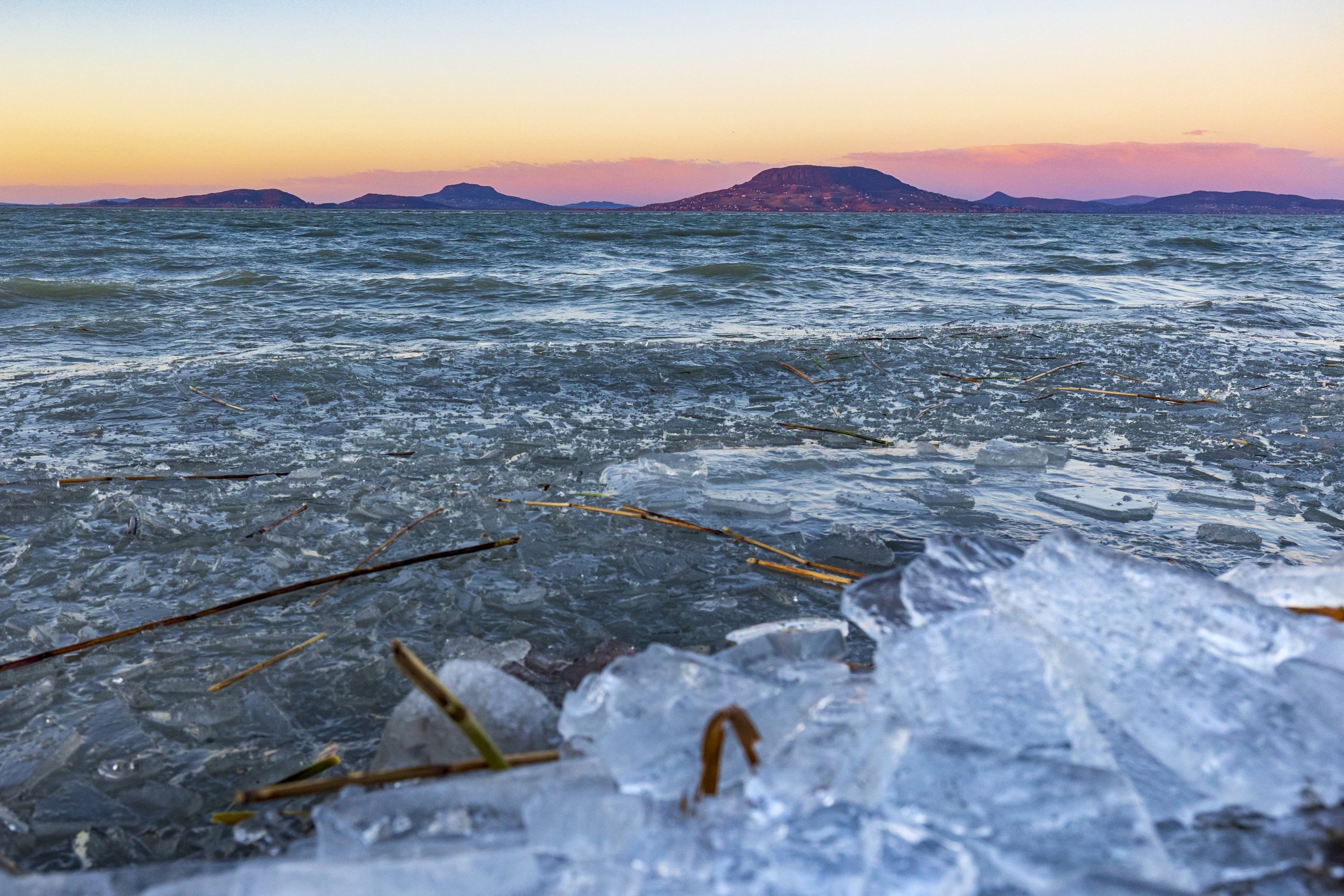 Storm “Malik,” which has just swept across Europe, also caused major damage in Hungary. In addition, dust storms and snow flurries were reported from several places in the country. A new wind record was also broken over the weekend: a wind speed of 127.4 kilometers per hour was measured on János Hill (“John’s Hill”) in Budapest. As a result of the strong winds, both road and rail traffic were hampered in some areas of the country, and ice surges formed at Lake Balaton.

As the National Weather Service warned earlier, large parts of the country were hit by violent storms and strong winds over the weekend, caused by a cold front from a hurricane named “Malik” moving through Europe.

In Budapest alone, firefighters were called to 1,654 operations and were at 192 locations on Monday morning to repair the damage caused by the violent storm. In the capital, several family homes were even rendered uninhabitable, but fortunately, their occupants were able to stay with relatives, according to a spokesman for the National Directorate General for Disaster Management (OKF).

Trees also fell on roads, houses, and cars in many other places in the country, and rail traffic was completely paralyzed on several rail lines because the overhead line was damaged. In the Tatabánya region, even the telephone line did not work for a while, affecting about 3l500 customers.

Interestingly, Baranya in the south of the country was the only county not hit hard by the storm.

A firefighter saws a tree into pieces that fell on the road due to stormy winds in Cziffra György Street in the XVIII district of Budapest on January 30, 2022. On this day, the National Meteorological Service (OMSZ) issued a second-level alert for several counties and the capital due to strong winds. Photo by Zoltán Mihádák/MTI

The fire department had to be alerted in several hundred cases, most of the calls coming, from Bács-Kiskun and Jász-Nagykun-Szolnok counties. In addition, the stormy wind also blew sand in many places, which significantly reduced the visibility of motorists. 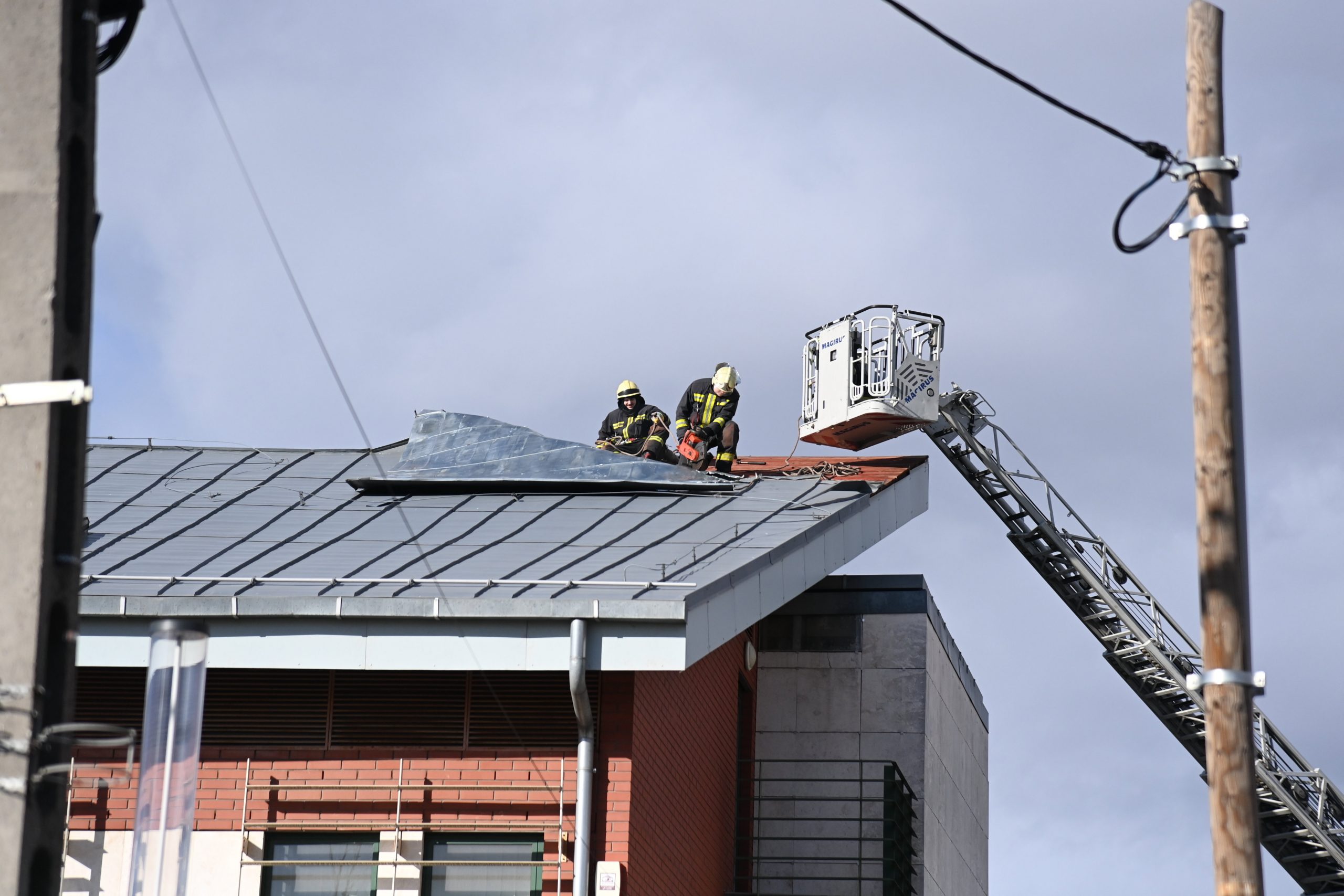 Firefighters working in the XVIII district of Budapest in Nemes Street, where stormy winds damaged the roof of the medical office on January 30, 2022. Photo by Zoltán Mihádák/MTI 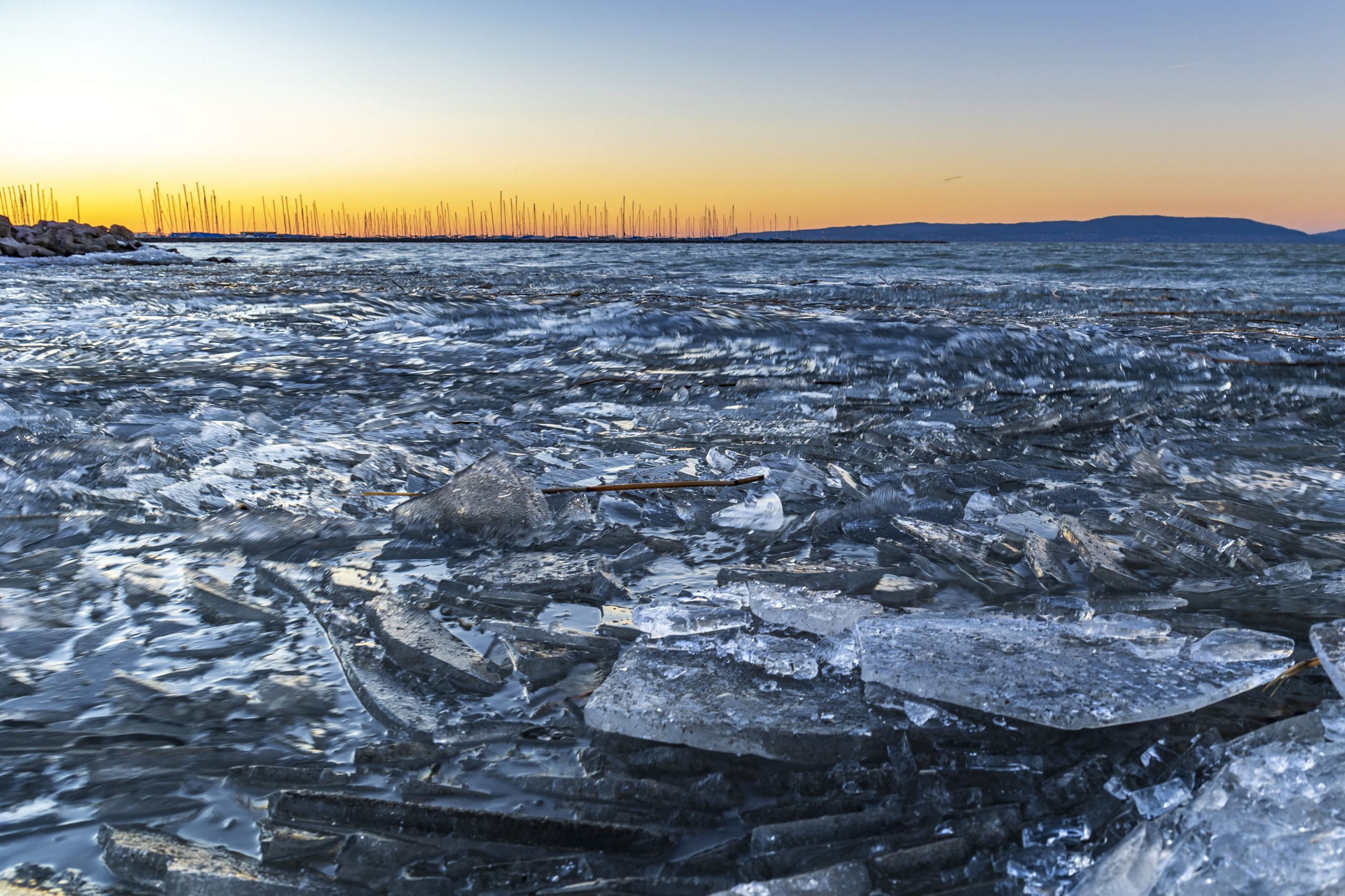 Ice packed together by stormy winds on the shore of Lake Balaton at Balatonfenyves on January 30, 2022. Photo by György Varga/MTI 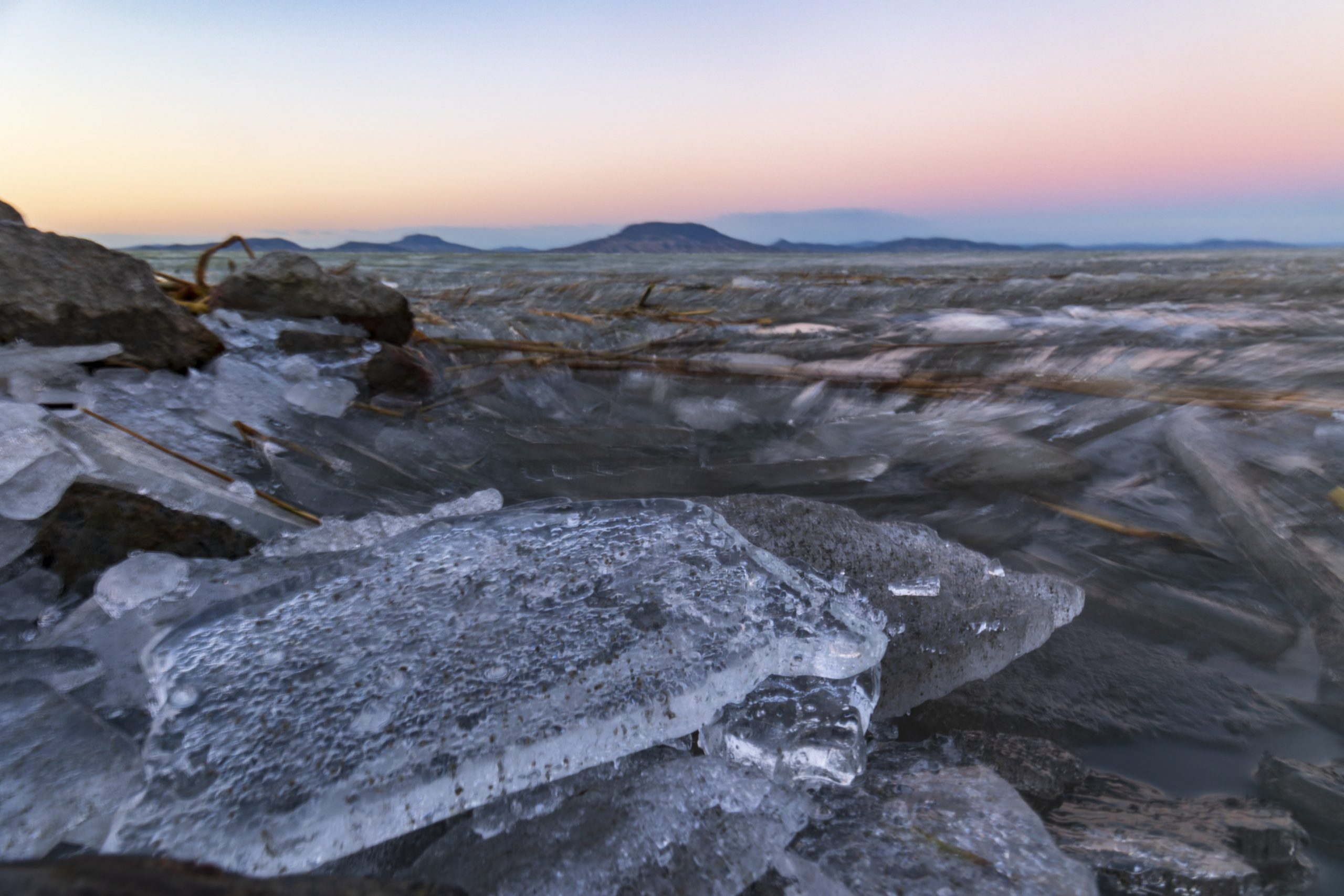 Ice surges most often occur on streams and rivers after a prolonged cold spell, but they can also occur on lakes as a result of strong winds.