Every year the localities which share the name of Hungary’s first king meet with one another to keep the legacy of Saint Stephen alive. The Holy King Alliance has been actively working to symbolize Hungarian unity within the Carpathian Basin since 1996.

Following the regime change of 1989, the village of Csíkszentkirály (Sâncrăieni) came up with the idea that all the Hungarian localities which share the name of Saint Stephen, or Szentkirály (Holy King), should join in an alliance. The first meeting of the “Szentkirálys” was held in 1996, when the mayors of the various localities came together and cemented the union of the localities which share the name of the first Hungarian king.

Since 1996, the Holy King Alliance (Szent Király Szövetség) has been meeting every August  at the various localities of their members within the Carpathian Basin. Every year they meet at a different place with the name of Szentkirály, but they agree to meet in Csíkszentkirály every tenth anniversary, as that is the original birthplace of the union’s idea. 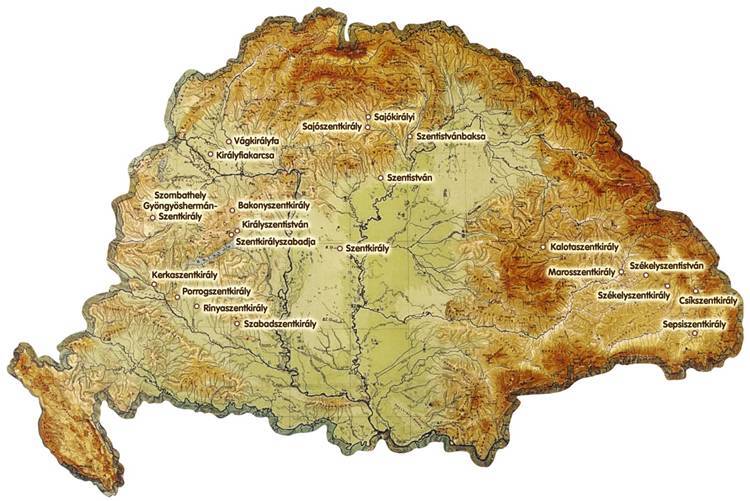 László Veress, the protestant pastor of Marosszentkirály, stated that the Transcarpathian village of Aknaszlatina (Solotvyno, Ukraine) was added to the union in 2019. Aknaszlatina is unique for its population of Ukrainians, Hungarians, and Romanians, all who mostly speak to each other in Russian.

A Growing Tradition of Celebrations

The meeting of the Szentkirálys always begins with a mass, followed by a series of celebrations, which are richer and more exciting with every opportunity.

Veress explained that the name of Hungary’s first king on a locality is relevant since “Before anything else, King Stephen brings our beginning with Christianity to our thoughts. (…) It is through him that we can express that the national bodies which lost their status and were separated from one another lived on through the conscience of belonging to the Hungarian nation.”

Thus, Veress explained, the localities which carry the name of Szentkirály play a significant role in symbolizing the unity of Hungarians.

Further information on the Union can be seen on their website, szentkiralyszovetseg.hu.