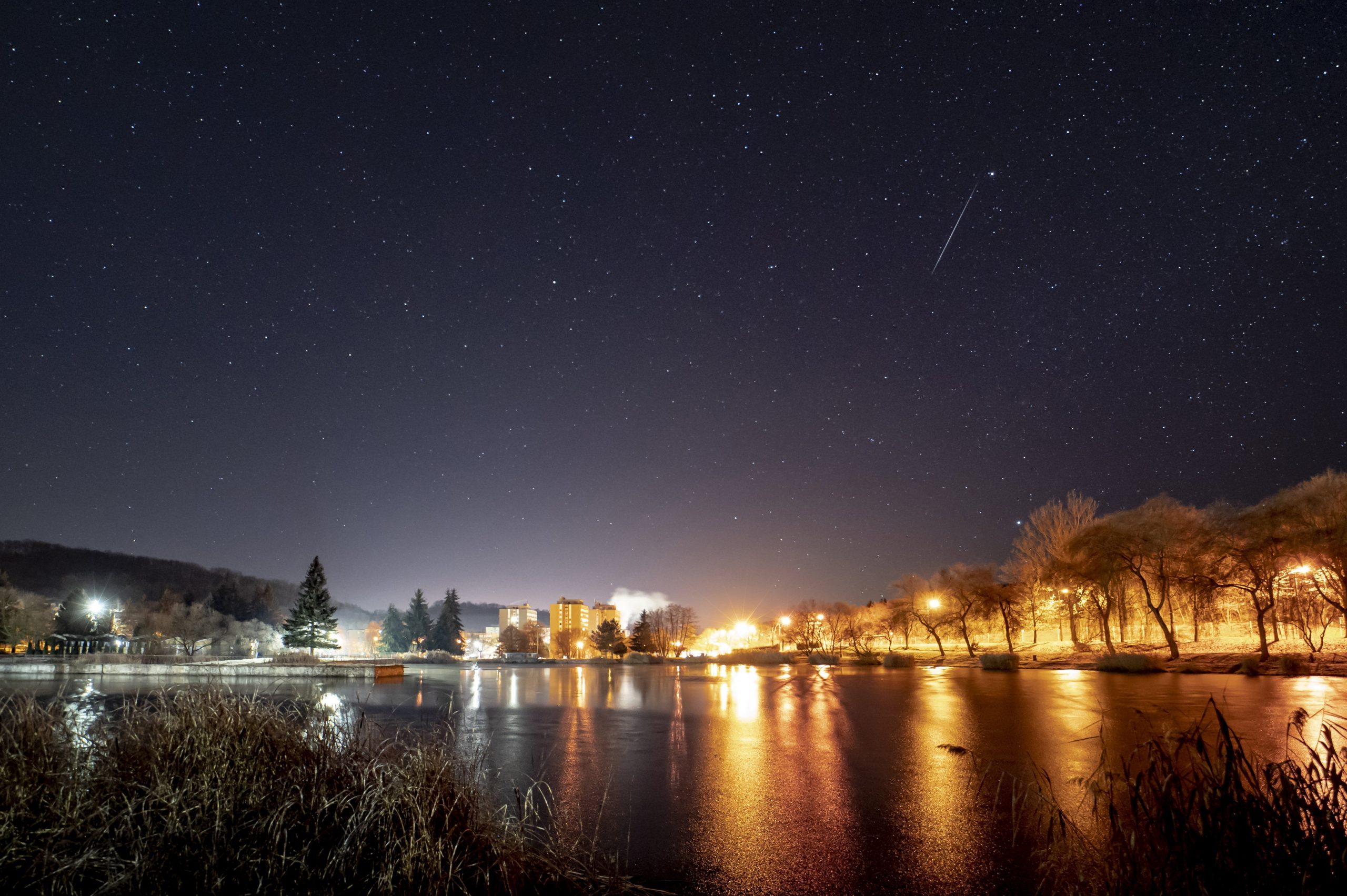 The Geminids are the strongest and most beautiful meteor stream of the year, peaking around December 14. At dawn on December 14, the phenomenon was also visible from Hungary, popularly known as “shooting star rain.” The state news agency published several beautiful photos of it in the northern Hungarian town of Salgótarján.

The radiant, i.e. the point from which the falling stars seem to fall in December, lies just north of the bright star Castor (α Geminorum) in the constellation Gemini (Latin géminī), which gave them their name. The brightness, length, and frequency of the falling meteors make the Geminids one of the most spectacular star falls of the year, although it is less well-known because people spend less time outdoors during the cold winter.

The Geminids are a swarm of fragments from comet 3200 Phaethon. As the Earth passes through the debris belt, the particles entering the atmosphere are destroyed. To spot them, it is best to stay away from light pollution and wait patiently: the human eye needs about 20 minutes to get used to the darkness.

The following photos were taken above the Beszterce settlement in Salgótarján, near the peak location of the Geminid meteor shower. 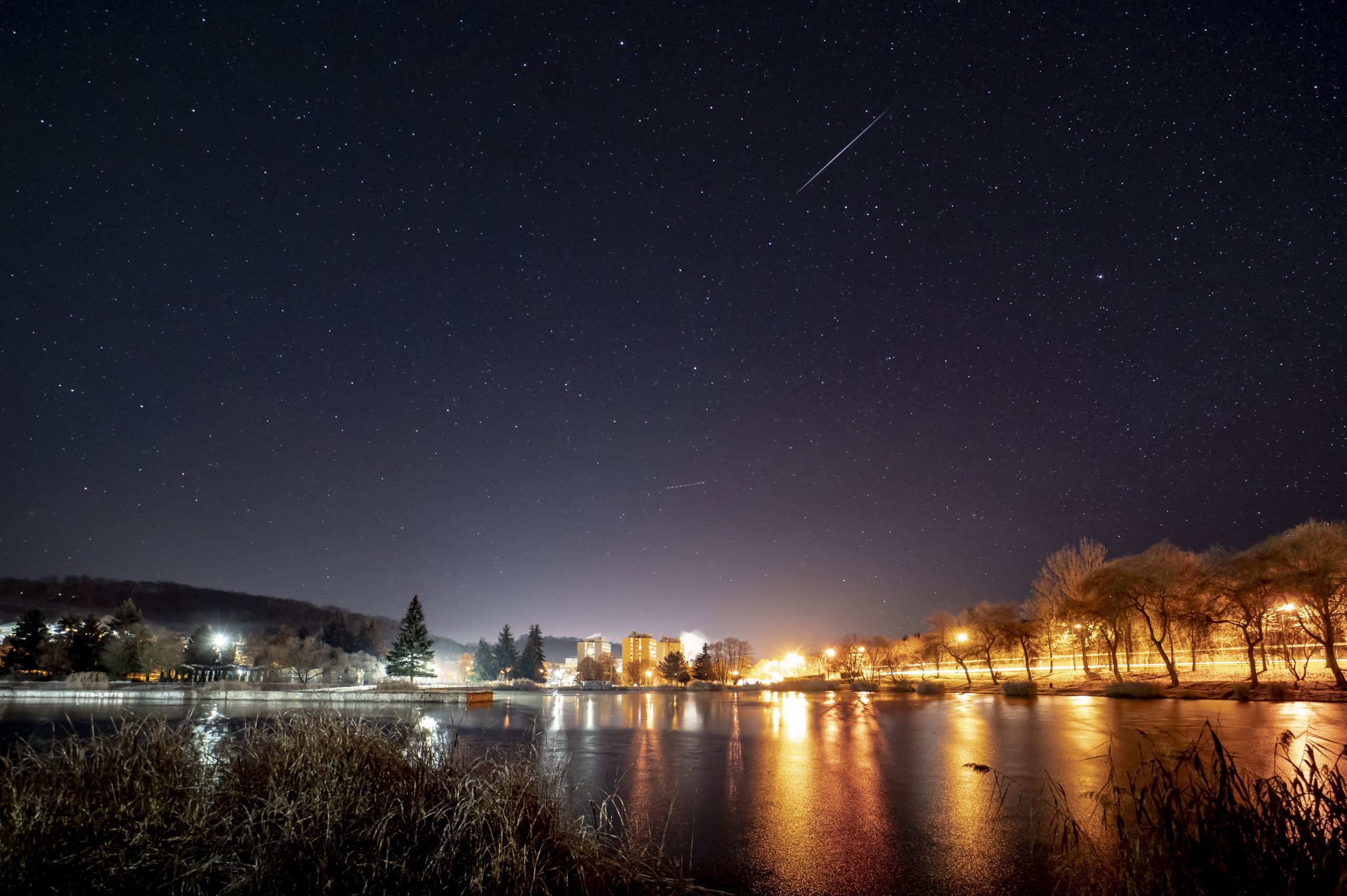 A meteor is seen in the sky above the Beszterce housing estate in Salgótarján, Hungary, at dawn on 14 December 2021, near the maximum of the Geminids meteor swarm. Photo by Péter Komka/MTI 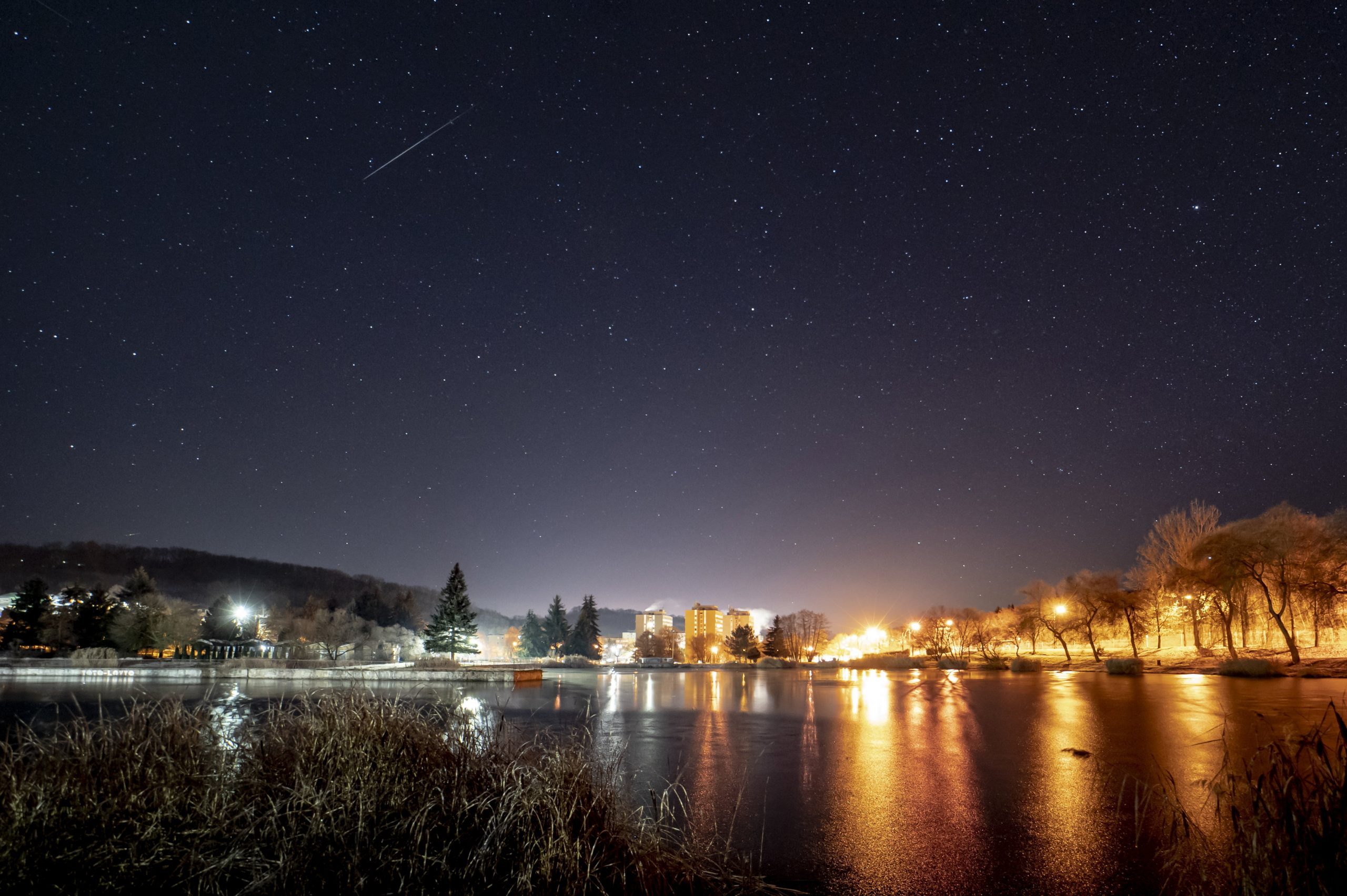 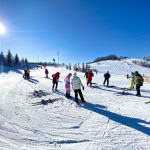