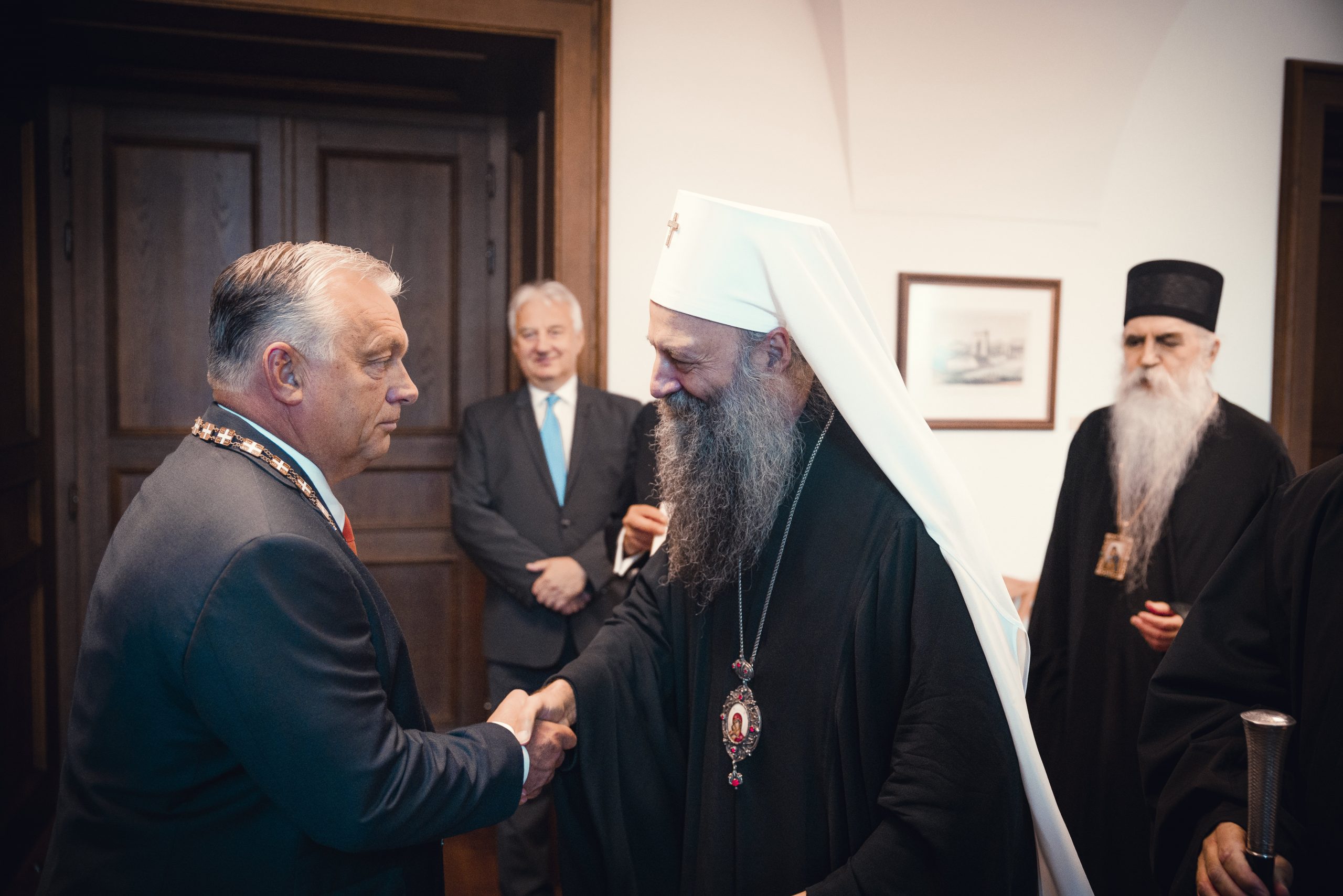 On Monday, Viktor Orbán received Serbian Orthodox Patriarch Porfirije at the Carmelite Monastery where the Patriarch presented the Hungarian Prime Minister with the gold degree of the Order of the Saint Sava, Bertalan Havasi, the Prime Minister’s press chief, told MTI.

According to the statement, Viktor Orbán deserved the award for his efforts in defending Christianity in Hungary and throughout Europe, for promoting Christian values, and for his personal contribution to the friendship between the Hungarian and Serbian nations.

On the occasion of the award ceremony, the Serbian Patriarch stressed that Viktor Orbán is a unique statesman in Europe who “fights for the soul of Europe” and whose words are listened to by other nations, including the Serbs.

On accepting the medal, the Hungarian Prime Minister said he was proud to receive it from his Serbian Orthodox Christian brother. “We are peaceful people, we want peace, but there is indeed a war for the soul of Europe, and without Christian unity – including Orthodoxy – we cannot win this battle,” the Prime Minister said.