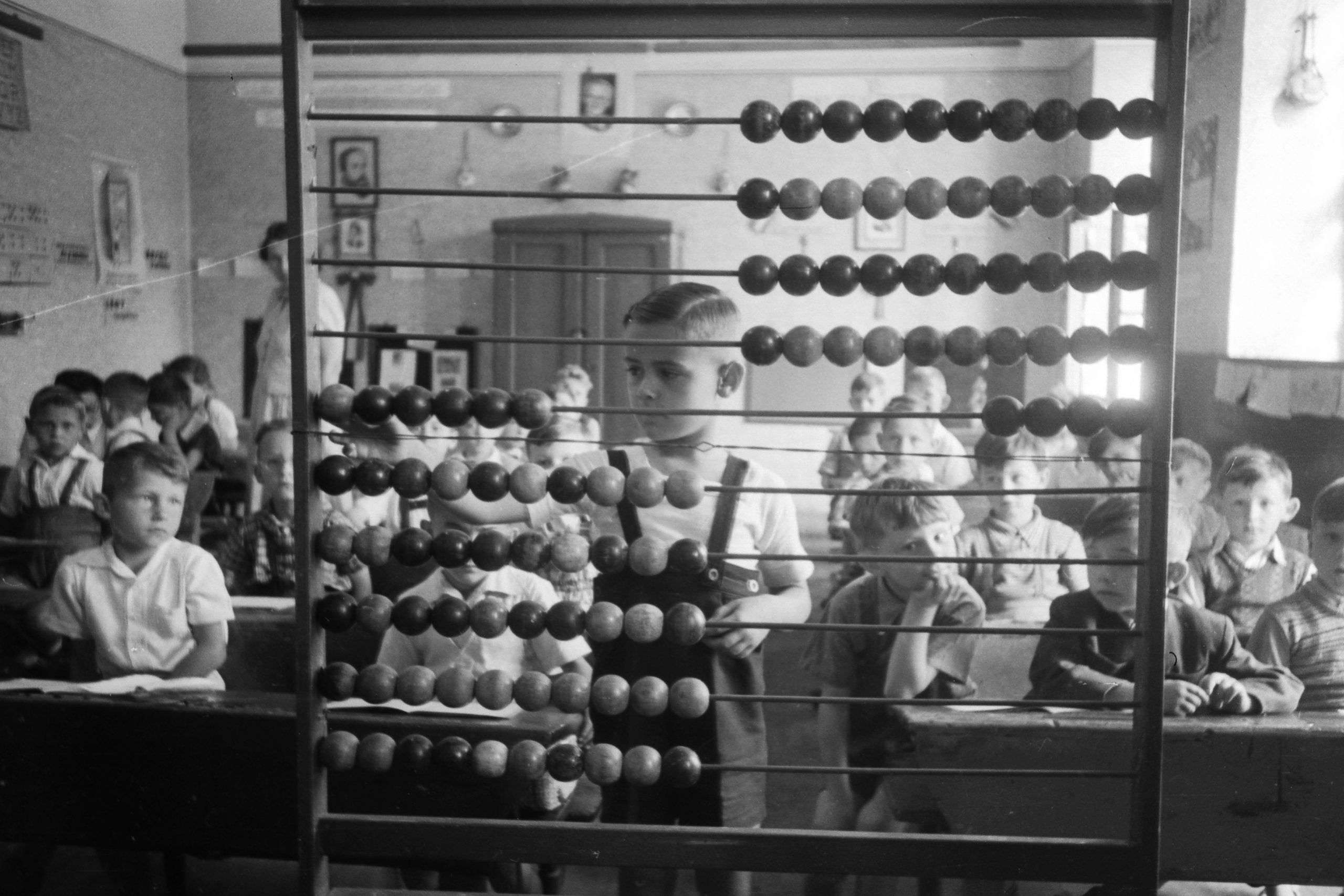 With the help of Fortepan, we take you back in time all the way to 1900 and you can time-travel with us to Hungary’s schools through 1989. Join us on this journey through time!

This Wednesday morning the school bells will ring again! The 2021-2022 school year starts today and lasts until Wednesday, June 15, 2022. In fact, the current weather helps us get in the mood for studying, getting ready in the morning, and taking lots of extra classes. And we want to help you get in the mood, too! We have put together a nostalgic photo gallery. With Fortepan we take you back in time to the year 1900 and you can time-travel with us to Hungary’s schools through 1989. Join us on this journey through time!

Our first photo dates back to 1902, an excellent capture from Fortepan. You can see young pupils, probably from a village school. 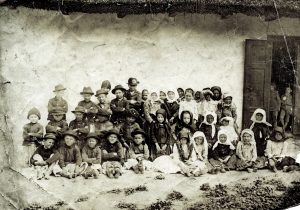 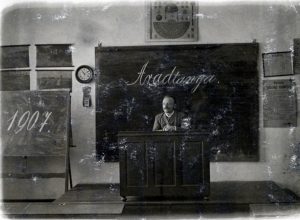 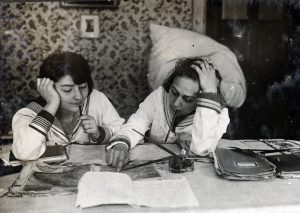 The Evangelical Dániel Berzsenyi Grammar School (Lyceum) in Sopron (Northwestern Hungary) is one of the most important secondary schools in the region and has a centuries-long history. As early as 1557, a Latin school was established on the outskirts of what was then the city center, and the current institution is considered the legal successor of that school. The school has been under the auspices of the Evangelical Church since 1991. The school is now co-ed. 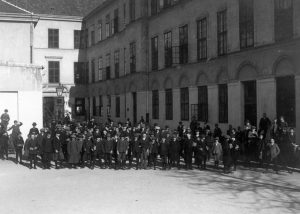 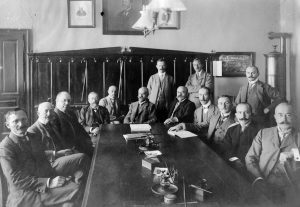 An excursion with the school class 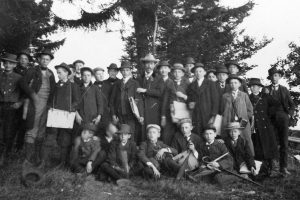 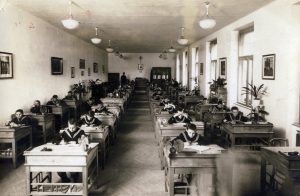 School on the other side of the border, Piarist Grammar School in Kolozsvár (Cluj-Napoca), a Hungarian school at the time. 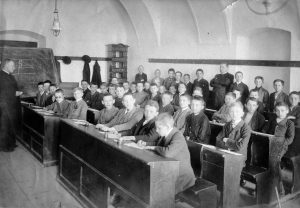 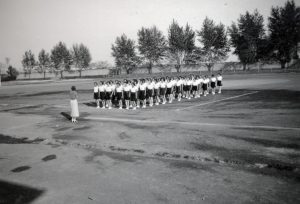 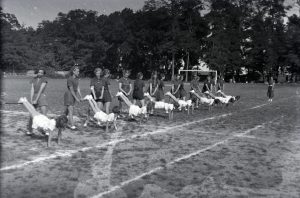 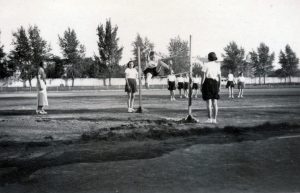 1945, Buda. Unfortunately, many school buildings were destroyed during the war. Here you can see András Hess Square (Pope Ince XI. Sq.), on the left the Vörös Sün (Red Hedgehog) House, opposite on the right are the ruins of the former elementary school, in between the Pope Saint Ince XI. (Ibolya) Street facade of the former building of the British Embassy in Táncsics Mihály Street (Verbőczy) 1. 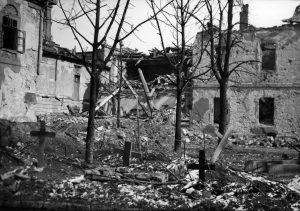 1946 – The school canteen has always been an important meeting point. It has never been exclusively about eating. Although today there perhaps are only a few places as strict as the one in this next photo. Budapest, 7th district, Orthodox School. 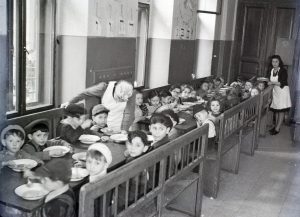 “In this school we are building socialism,” reads the sign above the school windows. For 50 years, socialism ruled Hungary and the dictatorship took root within the walls of the schools. 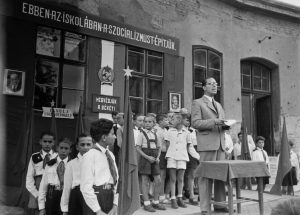 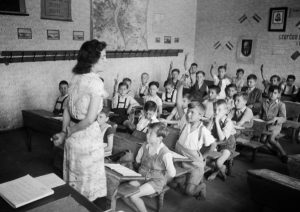 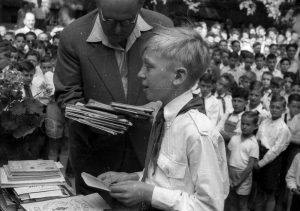 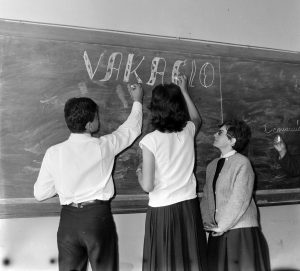 “Mecsekalja” school in Pécs, southern Hungary; 1964 – The students were studying in a cube-shaped building, typical of the era. 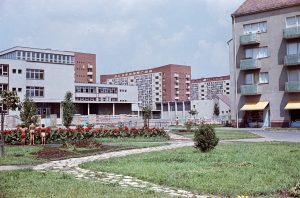 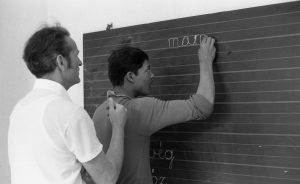 In that same year, a Russian language camp was held in Tata, where the following photo was captured. 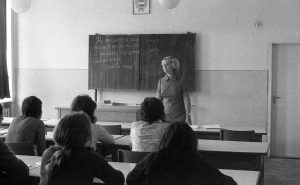 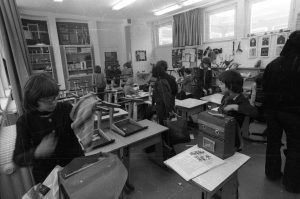 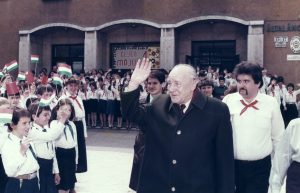 The last photo was taken in 1989 at the elementary school in Mártonhegyi Street (today Áron Tamási Elementary School and German-Hungarian High School in Budapest’s 12th district). The students are looking forward to the summer holiday. 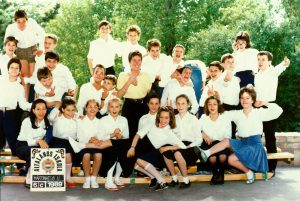