Russian Ambassador to Budapest: “There is no reason for Russia not to trust the Hungarian government” 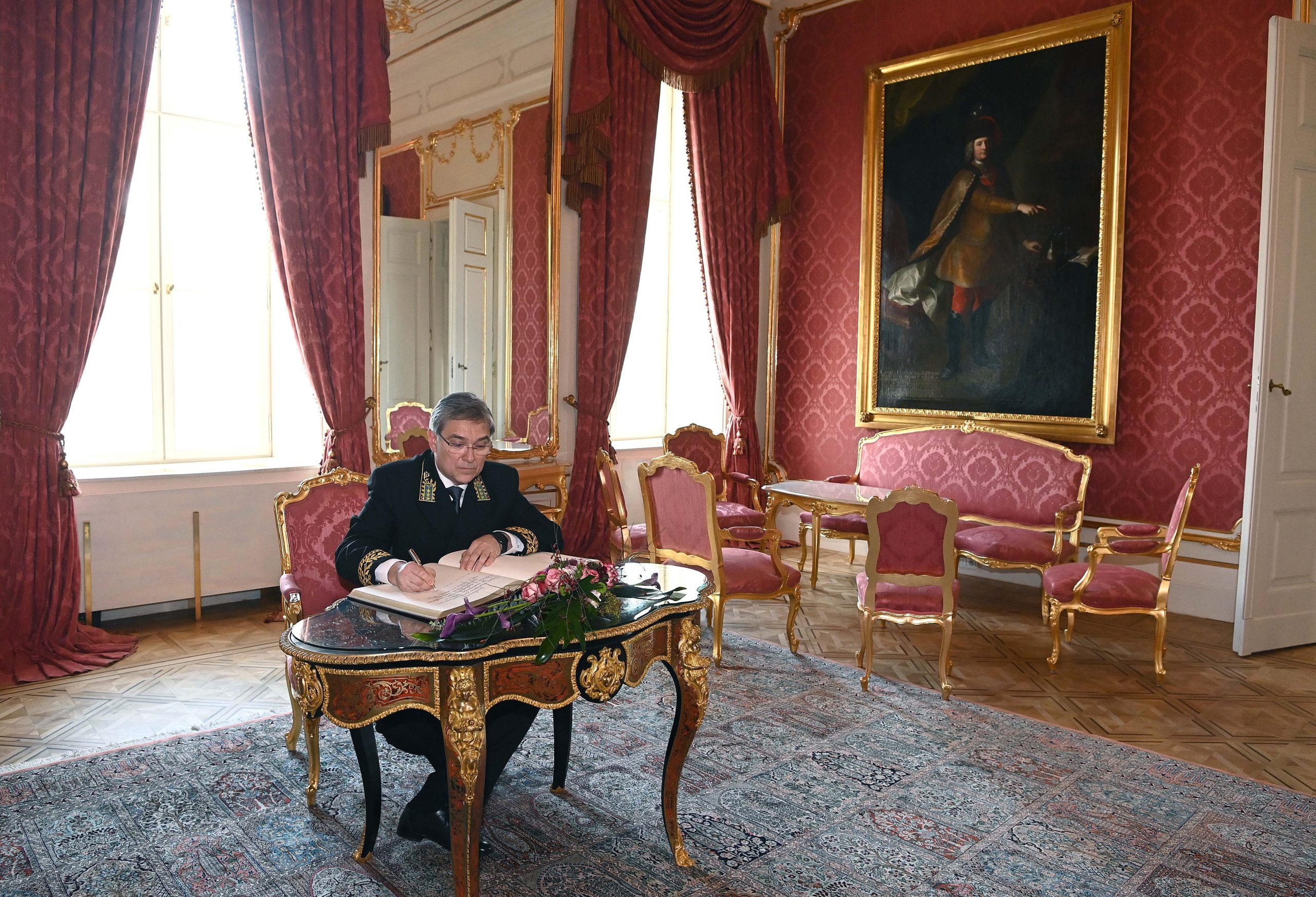 In an interview with Russian news agency RIA Novosti, Evgeny Stanislavov, the Russian ambassador to Budapest said the Kremlin has no reason not to trust the Orbán government, government-critical Magyar Hang reports.

Stanislavov is reported to have said that while there was some displeasure with the EU sanctions that Hungary had also adopted, he believed that the Orbán government had been “forced” by Brussels to impose sanctions on Russia.

The ambassador noted that even Prime Minister Viktor Orbán said that Hungary would be practically paralyzed if Russian sources were cut off immediately: 80 percent of its natural gas needs and 55 percent of its oil needs are met by Russian exports. And Paks produces 52 percent of the country’s energy needs, without which it would be impossible to ensure the stability of the Hungarian economy and meet the needs of Hungarian households.

The Hungarian government has successfully withstood the blatant pressure exerted on it by Washington, Brussels and a number of European capitals to join the EU sanctions camp advocating a complete rejection of Russian energy sources […] If Viktor Orban’s cabinet «held this blow» during the difficult pre-election campaign for the ruling coalition, I see no reason for the new government to act any differently after the successful completion of the campaign.”

The ambassador referred to the Paks 2 project (Hungary’s nuclear power plant – ed.), which he described as the “flagship” of Russian-Hungarian cooperation in the energy sector, “for which the Russian state is providing very favorable loans – and its construction will also create jobs for Hungarian SMEs.” He added that he did not want to hide the fact that the EU sanctions, which Hungary also agreed to, “do not help to create favorable conditions for the Paks-2 project,” and that some adjustments are needed in light of the new situation. But there will be a solution, as this is in the common interest of both the Russian and the Hungarian sides, he said.

The Russian ambassador talked about the alleged Ukrainian interference in the Hungarian elections as well. Previously, the Orbán government and the Fidesz media also accused the opposition of having a secret agreement with President Zelenskyy on sending weapons to Ukraine in case the opposition wins.

Evgeny Stanislavov said that “Information about behind-the-scenes contacts between representatives of the united opposition and the Ukrainian leadership did indeed appear in the local press at the beginning of last week. The next day Péter Szijjártó, Minister of Foreign Affairs and Foreign Economic Relations of Hungary, confirmed its veracity. Moreover, he said that, according to the available information,the opposition activists had promised that if they win, they will send troops and weapons to Ukraine. (…) The Hungarian side is also aware of the phone conversation between the Ukrainian ambassador in Budapest and Minister Dmytro Kuleba, during which they discussed possible ways of influencing the election results by joining efforts with the Hungarian opposition. by joining efforts with the Hungarian opposition. The candidate for prime minister Péter Márky-Zay and the leaders of the opposition parties apparently even consulted the President of Ukraine on the eve of his infamous video presentation before the members of the European Council, where he took the liberty of addressing Hungarian Prime Minister Viktor Orban – a very experienced European politician and by some parameters a political ‘heavyweight’ – in a very loose manner and criticizing the political decisions he had made in the interests of the Hungarian people.”

Of course, the opposition denies everything. However, there is no reason not to trust the Hungarian leadership, and Kiev’s painful reaction to this scandal only confirms this once again. All in all, the local opposition threatened the Hungarian voters with alleged interference from Russia, but in fact it itself has become a channel for external interference in the parliamentary elections, but from Kiev.”

"It is time Ukrainian leaders stopped insulting Hungary and acknowledged the will of the Hungarian people," he said.Continue reading

Featured image: Russia’s Ambassador to Budapest signs the guest book after receiving his credentials at the Sándor Palace in Budapest, April 21, 2021. Photo by Noémi Bruzák/MTI