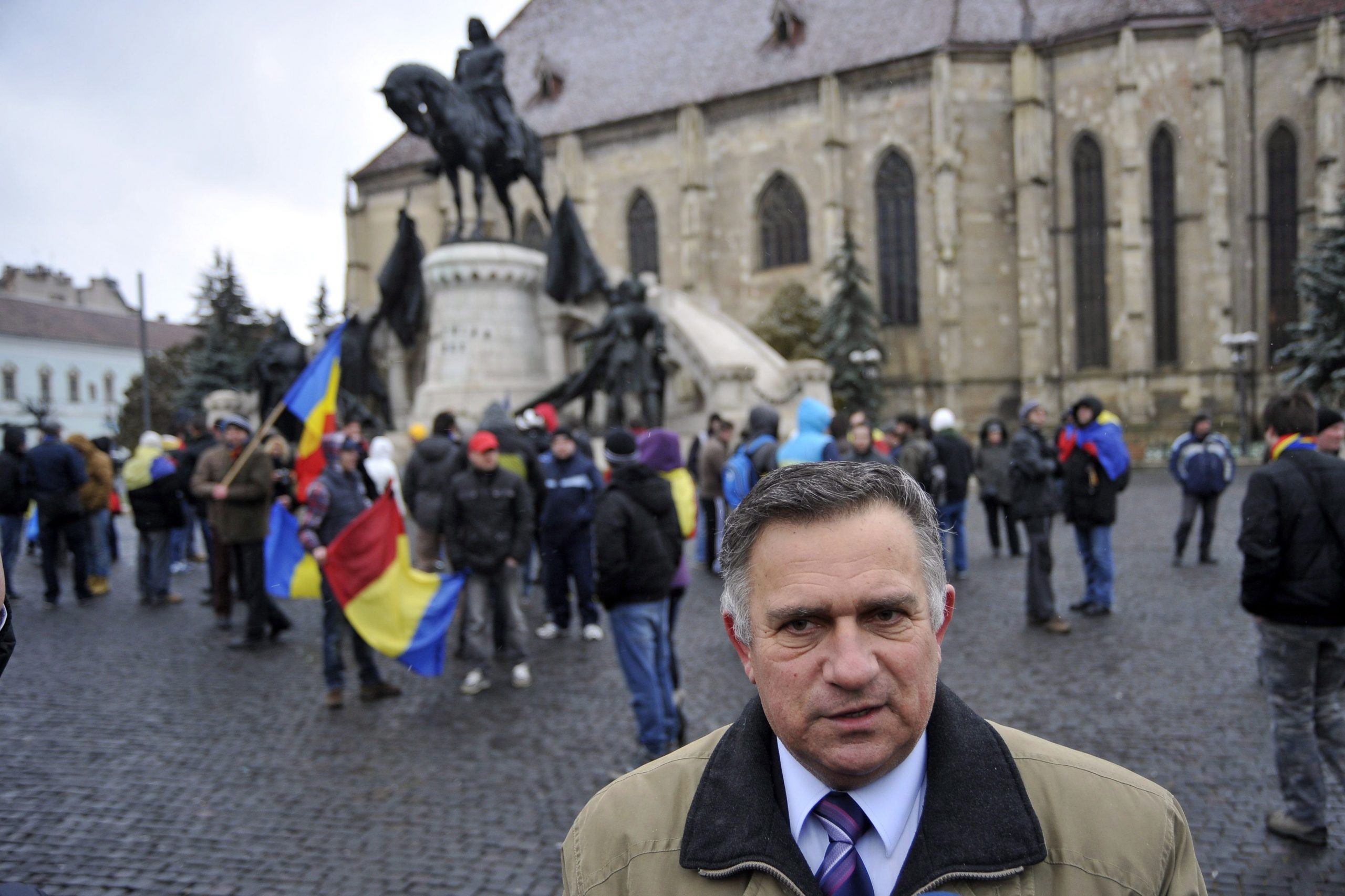 The Romanian supreme court has ruled that Romanian ultra-nationalist politician Gheorghe Funar does not have to pay a fine for calling Hungarian the “language of horses,” because they do not consider the expression to be derogatory.

Gheorghe Funar, the former mayor of Kolozsvár (Cluj – Transylvania, Romania), who is notorious for his anti-Hungarian sentiments, will not have to pay the 2,000 lei (400 euros) fine imposed on him by the National Council for Combating Discrimination (CNCD), Hungarian news agency MTI reported, based on an article by JustNews.ro on Monday.

Ahead of the presidential elections in 2014, Gheorghe Funar – as an independent candidate – attended a televised debate with Barna Tánczos, a senator of the ethnic Hungarian Democratic Alliance of Hungarians in Romania (RMDSZ) party, who greeted the viewers both in Hungarian and Romanian. Funar asked the moderator of the debate to tell Tánczos not to speak the “language of the horses” because they live in Romania and the official language is Romanian.

“You can speak Hungarian in Budapest, but speak Romanian here. If I become President of Romania, I can assure you that no one will speak Hungarian. Not even on Romanian television,”

Funar said in the live broadcast.

The CNCD said that his statement created a “hostile and intimidating atmosphere on ethnic and linguistic grounds” and fined Funar for discrimination, but a court ruled in favor of Funar in 2020. Now the Romanian supreme court has upheld this decision and rejected the CNCD’s appeal.

According to the court’s reasoning at the time, Funar did not intend to insult Tánczos, but expressed his political views in the “exaggerated and provocative manner” common in debate programs. The court said that only positive attributes are commonly associated with horses, so it is incomprehensible why it would violate the dignity of Tánczos, and Funar did not explicitly say that Hungarian is the language of horses anyway. The court even contemplated that Funar comparing Hungarians to ravens, for example, would be offensive, but there is nothing wrong with horses.

As recalled by TransylvaniaNow, Funar held the office of mayor in Kolozsvár from 1992 to 2004. “He took an ultra-nationalist stance, aimed mostly at Hungarians and the Hungarian community of the city. His hateful and abusive demeanor towards Hungarians often manifested itself in public policies. Several measures taken by the local administration dominated by his influence were seen by many as a direct affront to the ethnic Hungarian community. For instance, park benches, pavements, and even garbage bins were painted in the colors of the Romanian flag (red, yellow, and blue). During winter holidays, the city was decorated exclusively with red, yellow, and blue lights. At one point, Funar threatened the Hungarian community that the historical statue of Matthias Corvinus would be moved and taken to another location,” the local news site wrote.

“In September 1996, when Romania signed a friendship treaty with Hungary, the infamous mayor organized a funeral ceremony on the streets of the city. In 1997, he hung a banner in front of the Consulate General of Hungary in Kolozsvár with the caption: ‘This is the seat of the Hungarian spies in Romania,”’ according to the article. 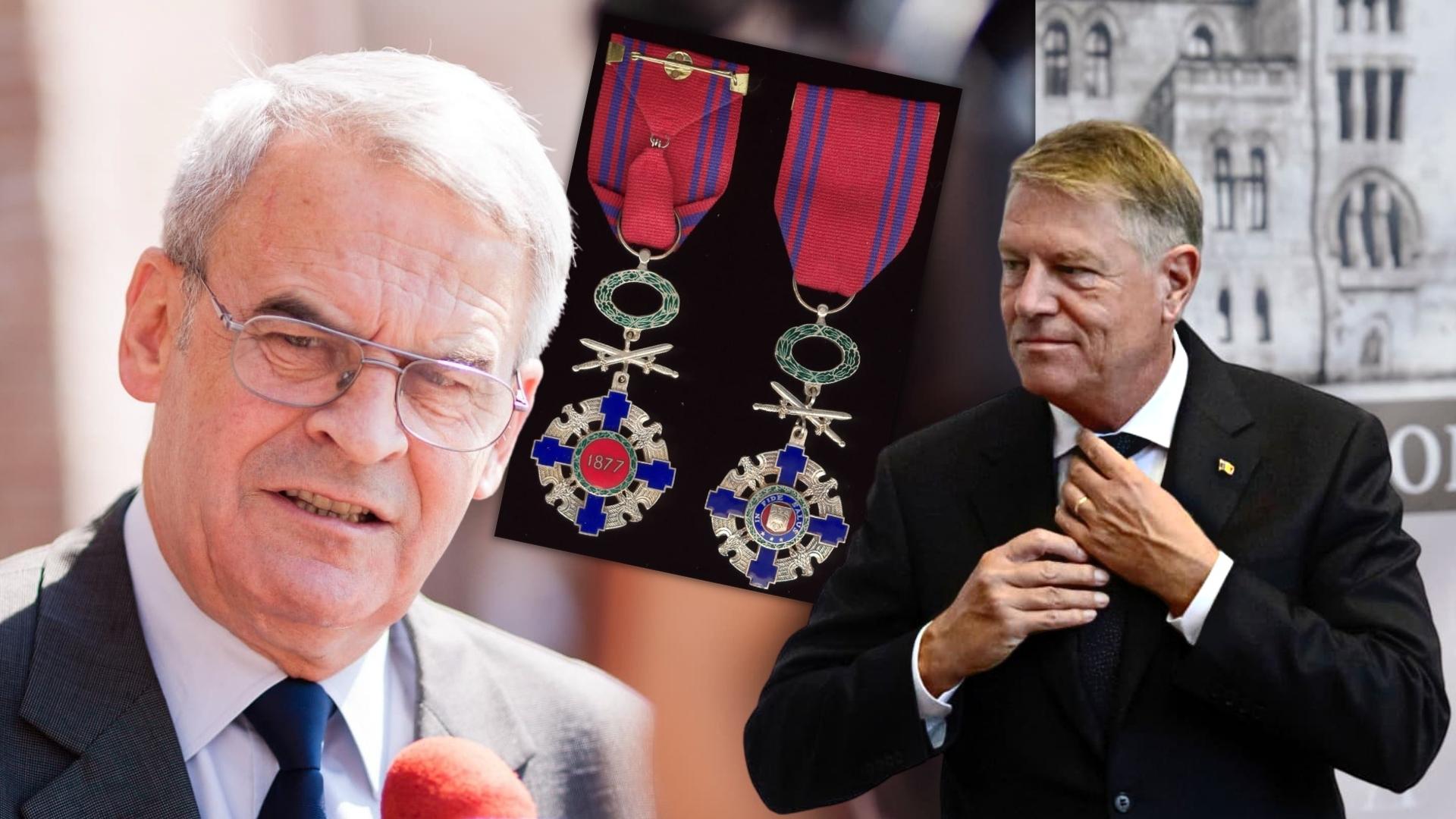 László Tőkés, the president of the Transylvanian Hungarian National Council fails again in his effort to get back the Romanian Order of State.Continue reading