Road 37 is located in northeastern Hungary, running from Felsőzsolca to Sátoraljaújhely, on the Hungarian-Slovakian border. The road leads through the famous Tokaj wine region. The Hungarian folk song Érik a szőlő (The grapes are getting ripe) can be heard on a stretch between the towns of Gesztely and Szerencs. The asphalt has a ridge on the road, where the friction between the road and tires plays the melody as you drive through at 80 km/h. If you go faster or slower, the melody will be imperfect or distorted.

Hungary’s first musical road was built in southern Somogy county two years ago. Highway 67 connects Szigetvár with Balatonszemes. On a five-hundred-meter stretch between the Mernye and Mernyeszentmiklós, the melody of the song “A 67-es út” by the well-known Hungarian rock band Republic can be heard while driving along the outer edge of the outer lane at 80 km/h. 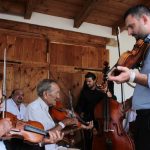 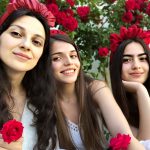