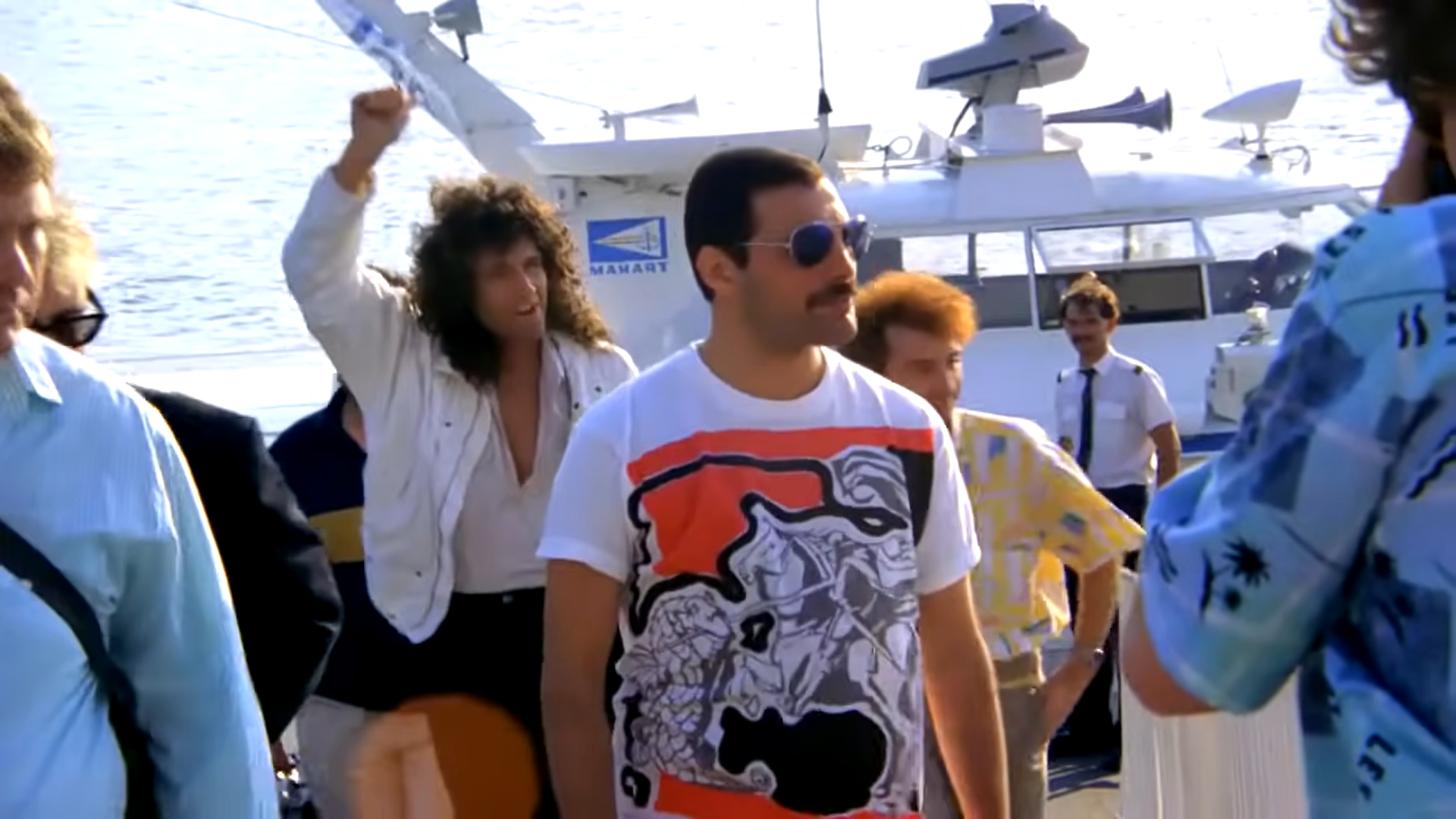 The most memorable moment of the Queen concert in Budapest on July 27, 1986 still touches many people today. It was when the band’s lead singer Freddie Mercury sang the Hungarian folk song Tavaszi szél vizet áraszt (Spring Wind Floods Water) to the audience – in Hungarian.

The Magic Tour was the last concert tour of the rock band in 1986, with the last original line-up. The concert in Hungary took place at the Népstadion in front of 70,000 people. It was at this concert that the Hungarian song was performed. This can be watched in the video below, as well the band members visiting other places:

There is also a video of the rehearsal of the song:

The band arrived from Vienna by hydrofoil and stayed in Budapest for five days. What is interesting to note is that when Queen visited Hungary, the country was still under a communist dictatorship behind the Iron Curtain.

The musicians visited Margaret Island, where they rode on a bicycle swing, Brian May took to the skies in a hot air balloon, drummer Roger Taylor went go-karting on the newly reopened Hungaroring, and they also visited Szentendre, where Mercury bought several works of art from local galleries and antique shops. The cameras followed them along the way, as the images they took were used as additions between songs in the concert film.

Live in Budapest is a concert film by the British band Queen, showing their performance in Hungary on July 27, 1986. The entire concert film was shot by Mafilm at the expense of the Hungarian state and directed by János Zsombolyai. The film had its cinema premiere in Budapest in December 1986, and was released on VHS the following year. Some songs from the Budapest concert were also included on the Live Magic concert album.

Brian May told HVG in 2016 that the Budapest concert was “one of the most memorable of their career:”

We waited years for the opportunity to play here. That night was amazing, with the Hungarian folk song and the whole atmosphere. It may sound like an exaggeration, but it was like we took a step into infinity that night.”

A playlist of the concert is also available on Spotify featuring the live performance of Tavaszi szél vizet áraszt:

Featured image: Brian May, Freddie Mercury, and John Deacon of Queen in Budapest in 1986. Photo via YouTube