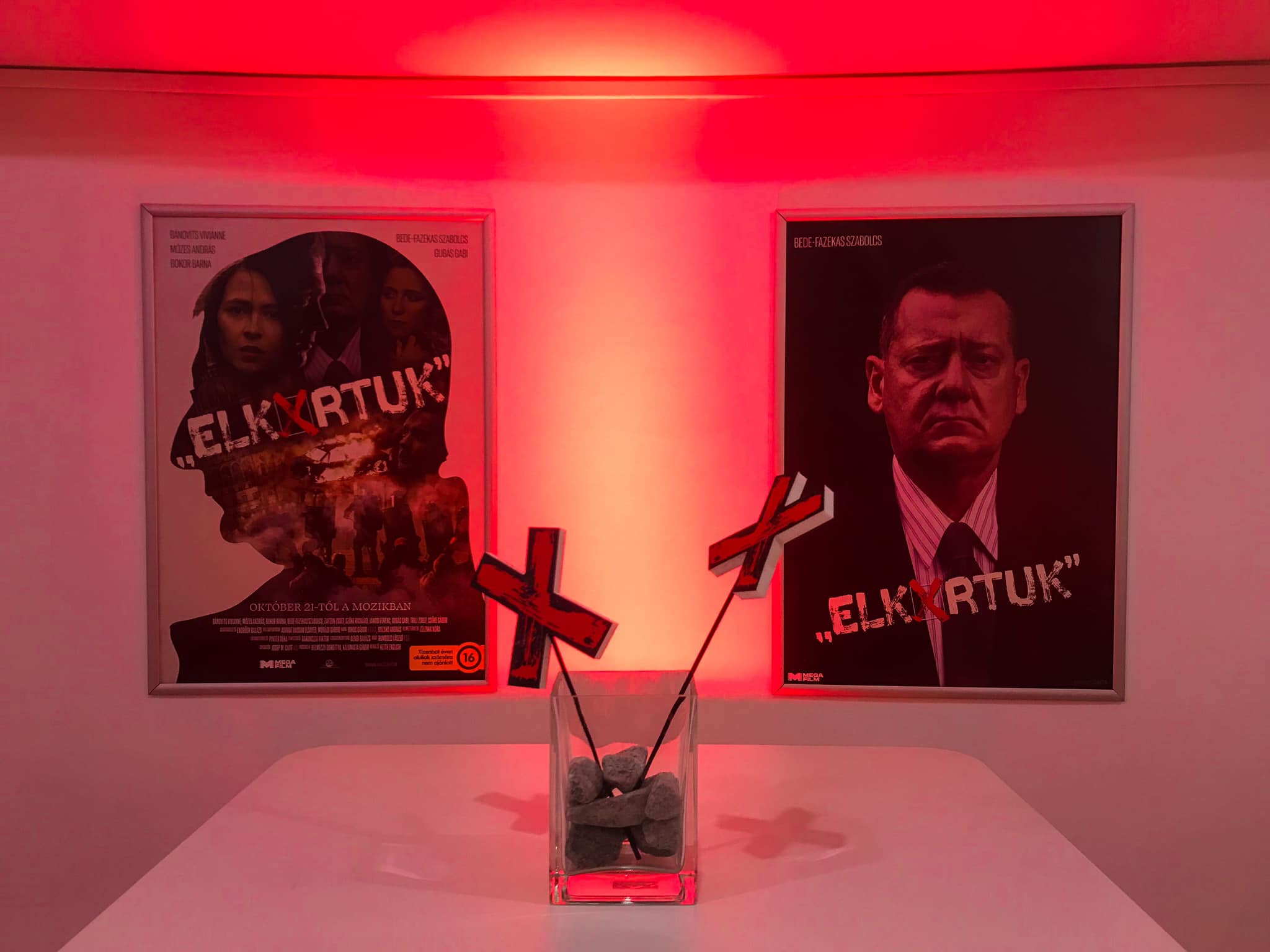 The movie about the 2006 events including then PM Ferenc Gyurcsány’s “lie-speech” and police brutality, ELK*RTUK (The cost of deception as translated into an English version) debuted over the weekend. While the creators, Fidesz politicians, and the media under the governing circles’ influence all praise the movie, the timing, topic, the antiheroes, and several other aspects make it difficult not to conclude that political aspects have also played a part in the creation and date of publication. Several people involved in the 2006 events argue that ultimately “Fidesz filmed its own worldview.”

The title of the movie, ELK*RTUK is a clear reference to Ferenc Gyurcsány’s 2006 “lie speech,” literally meaning “we scr*wed it up” (the asterisk was probably added to avoid having to change the vulgar title) and the aftermath.

Ferenc Gyurcsány, Hungary’s former Socialist prime minister, delivered his infamous Őszöd speech on May 26th in 2006 after his election win. The speech was originally addressed to the Hungarian Socialist Party’s (MSZP) party congress, held behind closed doors at a governmental resort situated in the village of Balatonőszöd. Though the congress was confidential, the speech was taped and later leaked under unknown circumstances.

In his speech, Gyurcsány criticized his own government and party, including himself, for misleading people for years and said that its coalition government had enacted no significant measures over its tenure, and their only achievement was staying in power: “You cannot name any significant government measures that we can be proud of except pulling our administration out of the sh@t at the end. Nothing!”. Not only the content but also the profanity of the speech has angered many. Some of the most notable excerpts from Gyurcsány’s speech include: “That is because we have scr*wed it up. Not just a bit, but a lot,” or “Obviously, we lied throughout the last year-and-a-half, two years.”

After public radio began broadcasting the leaked audio on September 17, 2006, mass protests and rioting took place in Budapest. The speech had triggered such a serious impact and reactions that completely re-shaped modern-day Hungarian politics. It ultimately led to the popular collapse of MSZP and even the Hungarian political left and the two-party system, paving the way for Viktor Orbán’s and Fidesz’s super-majority victory in the 2010 Hungarian parliamentary elections.

The plot: Gyurcsány’s wife Dobrev is public enemy no. 1.

According to the storyline of the movie, when an ambitious but repressed polling expert discovers that his boss has been involved in leaking a scandalous audio recording (that of the Öszöd speech), he decides to uncover the truth in order to blackmail his way into a better position. He teams up with his journalist girlfriend to investigate, but after confronting his boss he becomes the target of a powerful circle (led by Gyurcsány’s wife, Klára Dobrev, and his cabinet minister and confidant, György Szilvásy).

While the genre, (political thriller with documentary features) is well in practice in the West, it has been virtually unseen in Hungary so far, perhaps adding fuel to the heated debates. The timing of the movie, however, some half a year to go until the general elections, the campaign message of which is still apparently built up to Ferenc Gyurcsány and his entourage, makes it difficult not to think about it.

Both Budapest Mayor Gergely Karácsony (who at the time was an advisor to the government), and Klára Dobrev (Gyurcsány’s wife) are highly focused on in the movie, likely exaggerating their actual involvement. For a long time around the creation of the movie, the two were the favorites to become Viktor Orbán’s challenger at next year’s elections (but eventually outsider conservative mayor Péter Márki-Zay won the primaries).

According to Fidesz’s narrative, which depicts the incumbent Budapest mayor as a pathetic, lazy nerd, the movie similarly illustrates him as such (and just as in reality, he was working for liberal SZDSZ’s state secretary, Gábor Horn).

Meanwhile, Klára Dobrev, along with the cabinet minister at the time, György Szilvásy, who had strong links to the secret services (and later became the minister overseeing them), are depicted as the villains in the movie. In fact, while Gyurcsány never clearly appears on the screen, the movie is largely about Dobrev and Szilvásy running amok.

There were and still are many scenarios and rumors circulating about the circumstances of the speech being leaked, although none of them has been proven so far. For example, in perhaps the wildest plot, it was political adventurer, Eduardo Rózsa-Flores, who had leaked it, which is why he was shot dead in a police ambush in Bolivia. In another scenario, it was Gyurcsány himself who did it after he had fallen in love with his own speech and wanted everyone to know of his political genius. The movie, on the other hand, deals with the third supposition: that the speech had made it to the opposition who wanted to use it, and Gyurcsány wanted to get ahead of them. The plan was to throw out the “chew toy,” so that no one would care about the Gyurcsány administration’s tough austerity measures, only the real impact of the speech was badly assessed.

Several of the ruling parties’ important politicians turned up at the premiere and made their compliments about the film public ever since, praising the production and pinpointing its relevance and importance.

“The movie is brilliant, I now understand why they wanted to make it impossible,” Fidesz group leader Máté Kocsis commented. Meanwhile, several local government politicians are organizing free screenings across the country. Head of the prime minister’s office, Gergely Gulyás, rated the film 10 points out of 10, adding that “it is a must-see for everyone.”

Producer Gábor Kálomista, known to be close to ruling Fidesz, also refuted claims that the movie would be a political campaign film. When trying to distance himself and the movie of political overtones, he regularly draws attention to the fact that it was directed by a British director and that no state or government-linked companies actually supported the creation financially. However, a significant portion was paid by the so-called “backers,” whom Kálomista refuses to name.

Similarly, reviews in the media under the governing circles’ influence also praised the movie. In fact, many of the outlets belonging to Fidesz-linked media conglomerate KESMA published their review with the same title: “ELK*RTUK is a fast-paced and exciting political thriller” and content.

Karácsony: “I don’t understand my involvement”

Gergely Karácsony said he didn’t understand why he was in this “very bad, shoddy propaganda movie,” since he only had his first conversation with Gyurcsány in 2016. Beforehand, he had never met the former PM, and as an employee of pollster Medián, he had never taken part in the research made for the government at the time.

He also said that he feels sorry for Endre Hann, the leader of the liberal-leaning pollster. (Medián regularly proves to be one of the reliable and precise pollsters). In the movie, Hann, who in reality is known for his moderate style and modest comments about the political events, is the third evil after Dobrev and Szilvásy, a social-psychologist with a double life.

According to György Szilvásy, who was PM Gyurcsány’s right-hand man at the time, history’s falsification has already been going on a large scale, but now “with the latest creation of Goebbels’ propaganda machine” it seems to be completed, adding that “Fidesz filmed its own worldview (…) which is pretty much how they could have arranged the speech’s leaking in 2006” and then “the mobilization of the crowd…,” referring to unproven claims of the left that (then opposition) Fidesz was also behind the events and the riots.

While Klára Dobrev said that regardless “whether they make a documentary or an art movie out of hundreds of millions, a lie is a lie.” Both the DK MEP and Szilvásy are reportedly considering taking legal action.

Ferenc Gyurcsány has made his opinion public several times. Most recently, he wrote that the movie poster should be reconsidered: in lieu of “ELK*RTUK,” the new version should say “Szétlopjuk” (We are blindly stealing”) with government politicians and government-ally businessmen on it.

Radical right-wing activists played a large role in the demonstrations following the leaked speech. László Toroczkai and four of their friends who were all “there” one way or another, also slammed the movie both from its thrilling and documentary point of view.

As a matter of fact, Toroczkai was the one who called demonstrators over to the public TV in order to read out their statement, which eventually led to the first major rioting. He now highlighted that several important aspects of the events were left out of the movie, while those confirming Fidesz’s narrative were magnified, concluding that it eventually only serves Fidesz’s political aims and propaganda.

Mi Hazánk’s Előd Novák (a Jobbik politician at the time) noted that Fidesz politicians (including Orbán who was “escaping in a 100-million-worth armored Mercedes,” according to Novák) chose to flee the scene instead, leaving protesters behind as things were heating up.

42,000 viewers on opening weekend; the worst on IMDb

The production is controversial on IMDb too, currently standing at 1.3 points, being the worst movie ever made based on its ratings. However, it accurately reflects the division and perhaps the fact that not many of the raters actually saw it, since 98.2% either rated it 1 or 10.

And in recently-published data, some 42,586 cinema-goers saw the movie on its opening weekend, which made it the third most popular after Dune and Venom 2. This is still not a particularly high number, considering the publicity it has been receiving, but pretty high concerning the coronavirus-hit industry’s numbers. 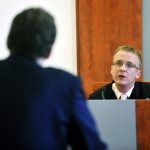