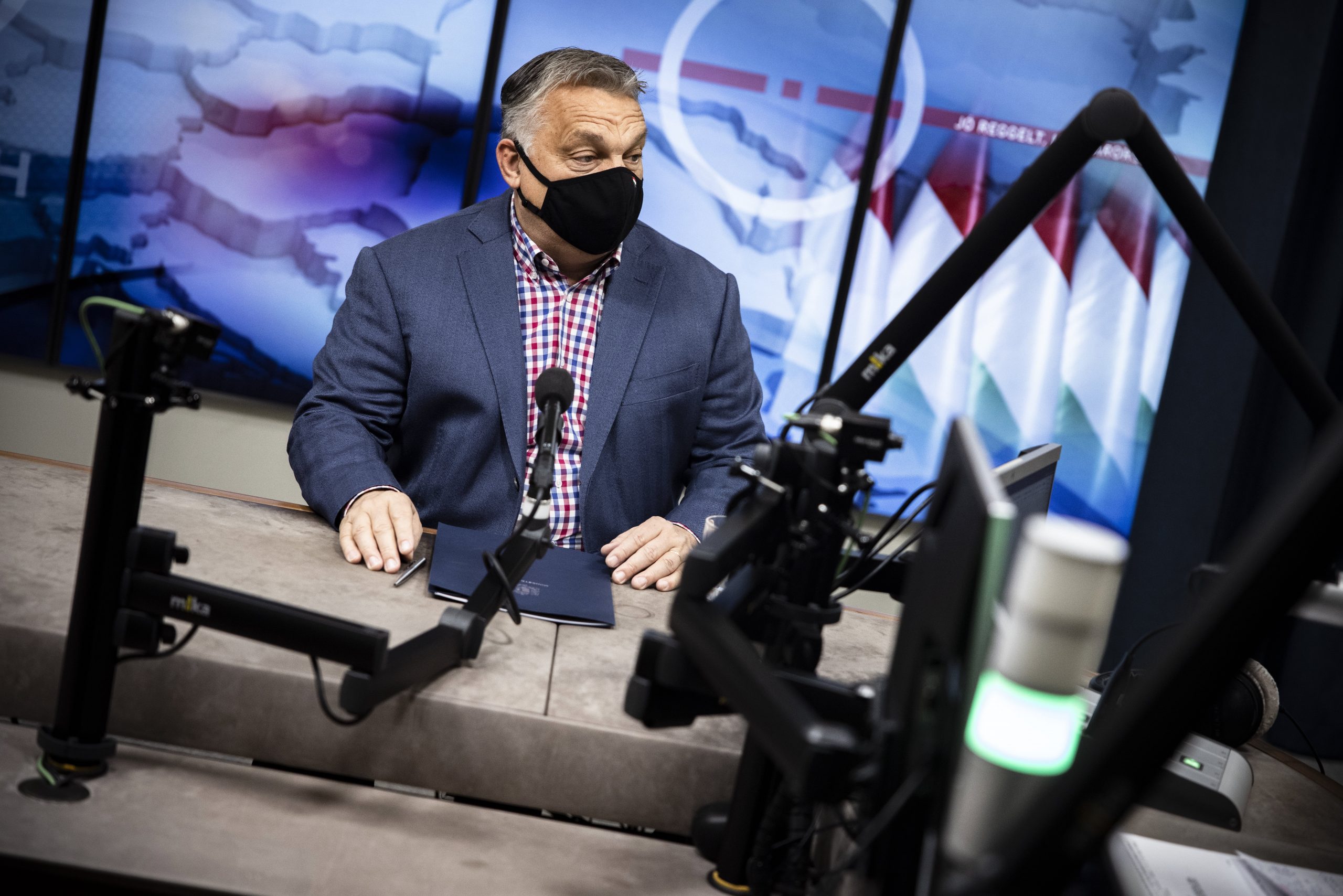 The government is prolonging the national vaccination campaign by a week, Prime Minister Viktor Orbán said on pro-government public radio on Friday.

“We can have a big family Christmas this year” only if the number of those taking booster shots grows significantly, Orbán said.

Most of those being vaccinated are receiving the third jab now, with the number of those still taking the first dose the lowest, he said.

Orbán said that while lockdowns only slowed the spread of the disease, booster shots offered a decisive solution. At the same time, people should also comply with the protection measures in place, he said.

He asked Hungarians to take the third jab. “We have managed to save the lives of those who did,” he said.

On the subject of possible further restrictions, Orbán said the government would not exclude anything. If take-up of booster shots rose and the pace of new infections could be reined in or halted, shutdowns would be unnecessary, he added.

Following European approval for a vaccine that can be used to inoculate 5-12 year-olds, Hungary has purchased 2 million doses, he said, adding that the first shipment of 130,000 doses was expected to arrive on Dec. 20. After that, deliveries of the vaccine suitable for children would be continuous. Orbán appealed to parents to vaccinate their children.

The prime minister said administration and health-care staff, as well as people helping police officers and soldiers, were a guarantee of Hungary’s health-care system not collapsing. All the necessary equipment, beds, ventilators are available, as well as the designated Covid hospital, which could be operational “in an instant”.

Calling the work of doctors and nurses “superhuman” and “heroic”, Orbán noted the government’s decision to boost wages in the sector. The wage hikes signalled to health-care staff that “the country stands by them”, he added.

Meanwhile, Orbán said migration was expected to ramp up significantly at Hungary’s southern border over the next few months. So far this year, more than 100,000 migrants have been stopped at Hungary’s border, three times last year’s figure.

At the same time, the Italian-Spanish, Eastern and Balkan routes were all seeing a massive increase in migration, he said, noting that 30,000-35,000 people were leaving Afghanistan each day, most likely in Hungary’s direction, intending to traverse the country.

He said the European Union’s rules on migration had been written in peacetime and were now obsolete. “Today there’s no peacetime,” he added.

The new Berlin government sees Germany “as an immigrant country”, while Hungary is not in favour of turning into one, he said, adding that the two standpoints were “incompatible”, and neither side would abandon its position.

He noted that Hungary deports illegal migrants across the border, and applications for asylum are processed either at the Hungarian embassy of their country of origin or the last country they have passed through. He also noted that the EU rejected this solution and insisted Hungary should “accept these people” and process asylum claims in the country.

Brussels, Orbán added, should cover its share of the costs of defending Europe’s external border rather than punishing countries on the frontline doing so. Instead, the EU funded the “pro-migration organisations” of George Soros, he said.

Orban said the left wing believed in an “oracle” that conjured an image of the market. “We, on the other hand, must base our logic on being free and able to regulate ourselves.” He said the scheme which has run for the past eight years had proven its worth and it must be defended “by attacking the left wing and Brussels”.

The prime minister said tax increases would inevitably follow an election win by the left. The Fidesz government, however, pursued tax cuts as a way to create jobs, he added.