Price Hikes to Come for Budapest Baths; Renovation of Gellért Starts in Summer 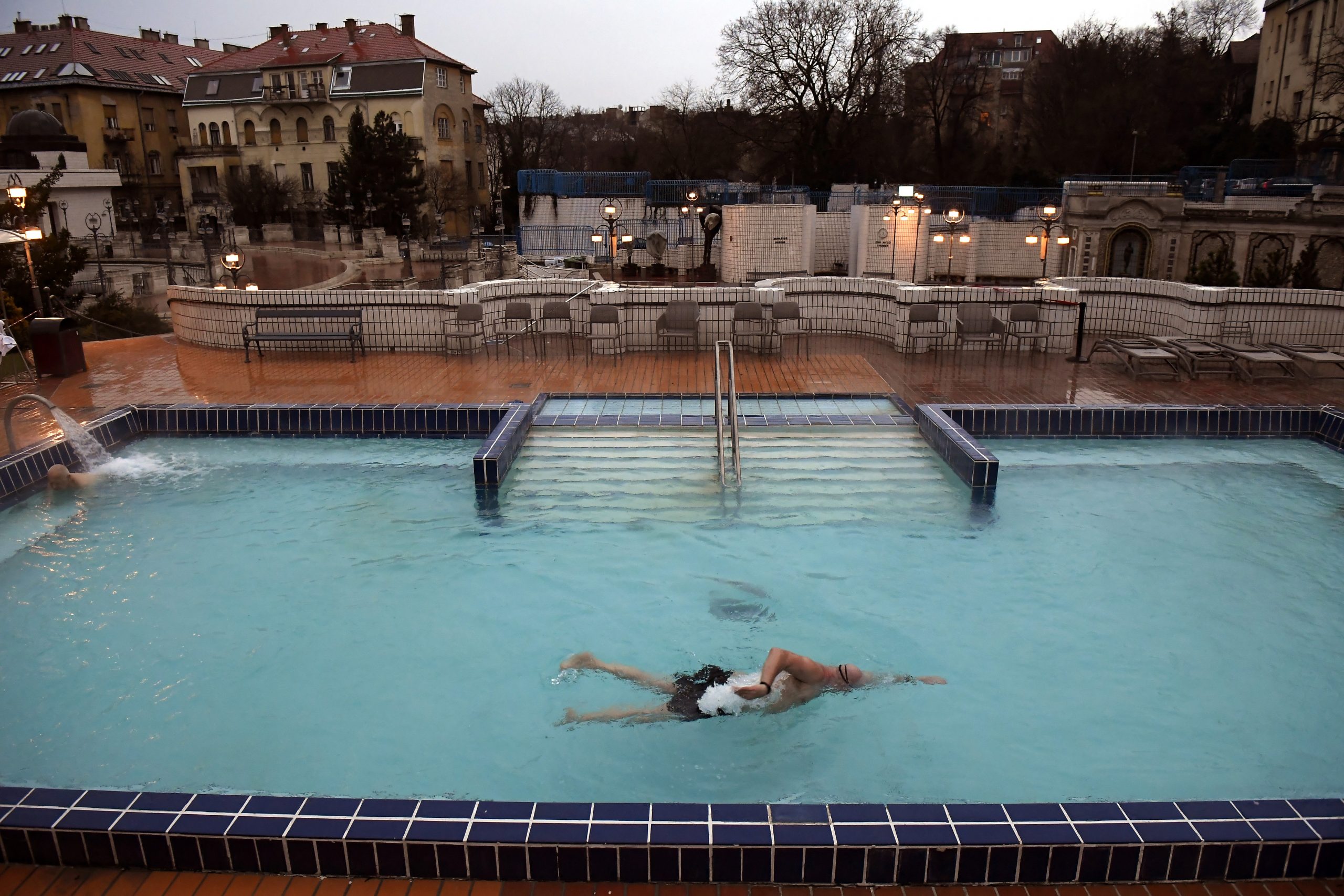 The Budapest Spa and Thermal Bath closed the period of the coronavirus epidemic with a deficit of about HUF 22 billion (EUR 61.6 million), and visitor numbers didn’t come even close to the pre-pandemic level. Price increases may be part of their economic stimulus plan. Renovation of famed and popular Gellért Baths could begin this summer, turizmus.com reports.

In 2020 and 2021, Budapest’s baths were closed for about eight months. Those eight months meant a total loss of more than HUF 22 billion in revenue, exceeding the profit of HUF 18.4 billion they had booked in 2019, the year before the pandemic. This is mainly due to the lack of foreign visitors, as a significant part of the revenue is generated by foreign guests visiting the historic Széchenyi, Gellért, and Rudas Baths, the organization’s director told the portal penzcentrum.hu.

Budapest’s baths currently consist of some 13 facilities, two of them, the “Római fürdő,” and the “Pünkösdfürdő,” only open seasonally. The “Király bath” and the “Rác bath” are currently closed due to renovation. Of the remaining nine places that are permanently open, the historical baths are visited by a large number of foreigners. At the other baths and beaches, however, Hungarian guests make up a significant portion of visitors, especially in summer, of course.

Ildikó Boros Szűts, managing director of the Budapest Spas and Thermal Baths Ltd, also spoke to Pénzcentrum about the difficulties of keeping employees in the industry.

Ambitious plans for this year include doubling the number of visitors to almost three million.

In response to whether they received any help from the state during the pandemic, she said mainly wage subsidies and the contribution subsidy were provided for the tourism sector. These amounted to about HUF 1.2 billion (EUR). Unfortunately, the likes of support provided abroad, something that would have been crucial for the resorts, was not in practice here (for example, full wage compensation).

According to the autumn figures, there is a shortage amounting to about 40,000 workers in tourism. Budapest spas have felt the impact too, the director says.

Last year, we were constantly struggling with staff shortages. We always had 30 or 40 vacancies needing to be filled. Some professions have been understaffed for years, such as lifeguards.”

Renovation works at the Budapest baths

During the past two years of COVID, Budapest baths completely stopped investments and only carried out urgent renovation works. As a result, a significant part of the investments was postponed to 2022. Overall, the Széchenyi, Lukács, and Csillaghegy baths will be modernized, costing some HUF 800 million (EUR ) in total. Another priority for this year is (re)making the Rác baths operational, which had been bought back by Budapest last year.

The director also drew attention to the Gellért Bath’s renovation. The bath and the hotel were built more than 100 years ago and have always been functioning in symbiosis. The hotel owner has decided to shut the hotel in order to modernize and renovate it, so the spa can no longer be operated separately either. In addition, the thermal bath has several serious technical problems calling for urgent renovation. The renovation of the bath could start in summer and will take at least two years.