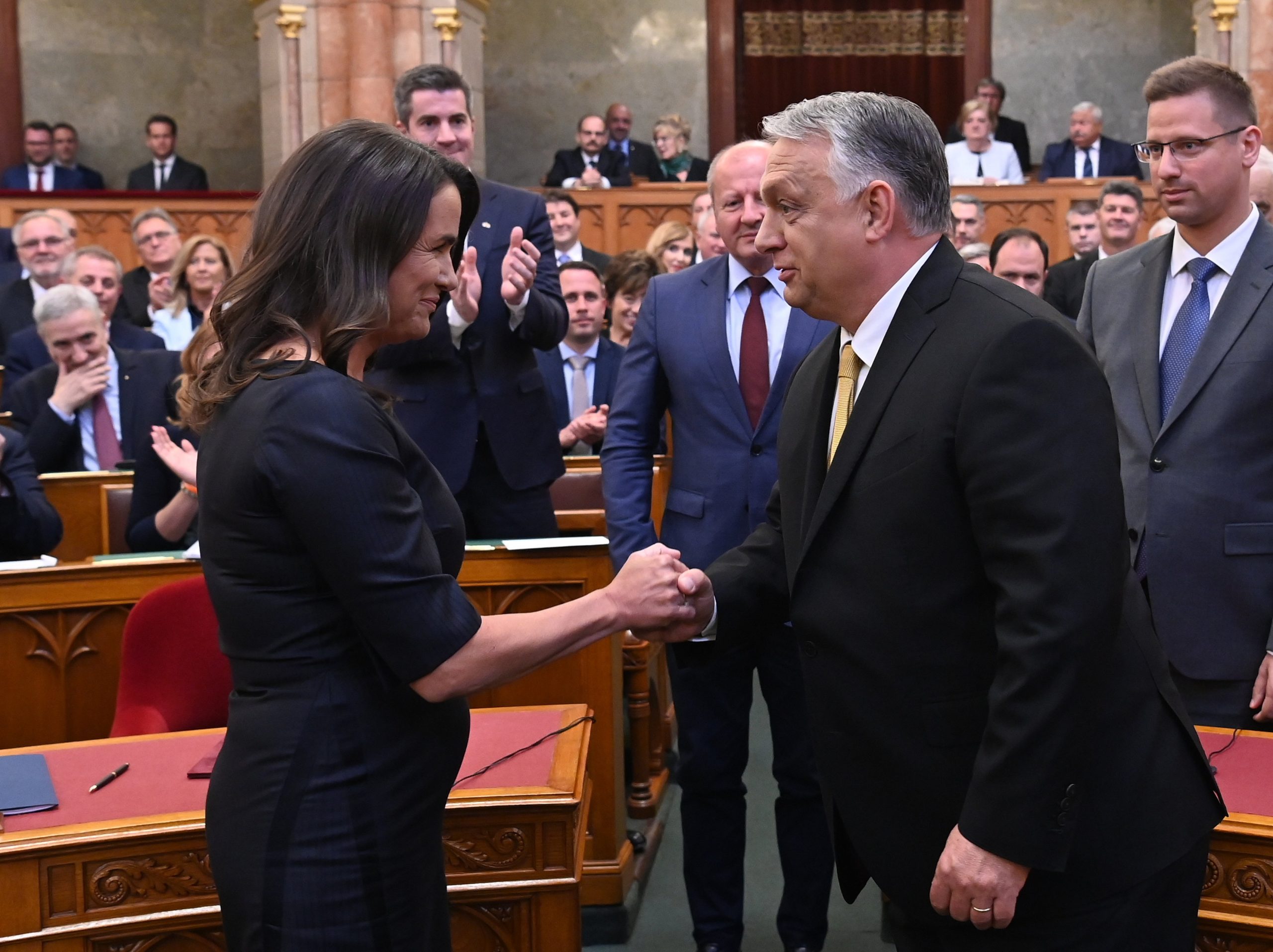 A left-wing pundit sees the Prime Minister’s inaugural speech as a harbinger of lasting confrontation with the rest of Europe, while a right-wing columnist describes the same words as raising hope for Europe.

Background information: After taking the oath of office in Parliament, PM Orbán promised to keep Hungary safe amid the dangers of war and insecurity that will mark the coming decade. He said Hungary will try to seek allies with the aim of reforming the European Union over the next decade and will remain a member as long as there is hope to make the group more tolerant and equal.

On Hírklikk, Péter Németh describes the PM’s policies as ceaseless arm-wrestling with Brussels and suggests Hungary now stands alone against the other 26 member countries. Nevertheless, he continues, ’we cannot expect him to lose’, because, as Németh sees it, the European Union continues to be ’hostage to its own good faith’ – that is, it still believes in the shared intentions of all member countries. Thus one single government can hinder joint action, he complains, describing the European Union as ’a half-armed giant without Orbán’. In his closing remark, he imagines the EU trying to figure out from outside what is happening behind closed doors in Budapest: ‘Huxit! someone heard from inside, but perhaps someone was simply hiccupping’.

In a very different vein, Magyar Nemzet’s Tamás Pilhál sees the policies of the Hungarian government as opening ‘a last hope’ for the European Union. He agrees with the Prime Minister who spoke about a series of ‘attempted suicides’ by the Union, including ‘gender craze’ and a ’liberal drive to leave Christianity behind while replacing it with nothing’, as a result of which, as the PM said, ‘the cultural distance between Western and Eastern Europe is ceaselessly widening’. He wonders why Hungary should remain an EU member, especially after it becomes a net contributor to the EU budget ‘fairly soon’. He quotes PM Orbán’s answer to this question – ‘we are looking for our dreams within the EU’ and adds, in his concluding remark, that many people see Hungary as ‘a last outpost of sobriety and liberty’.