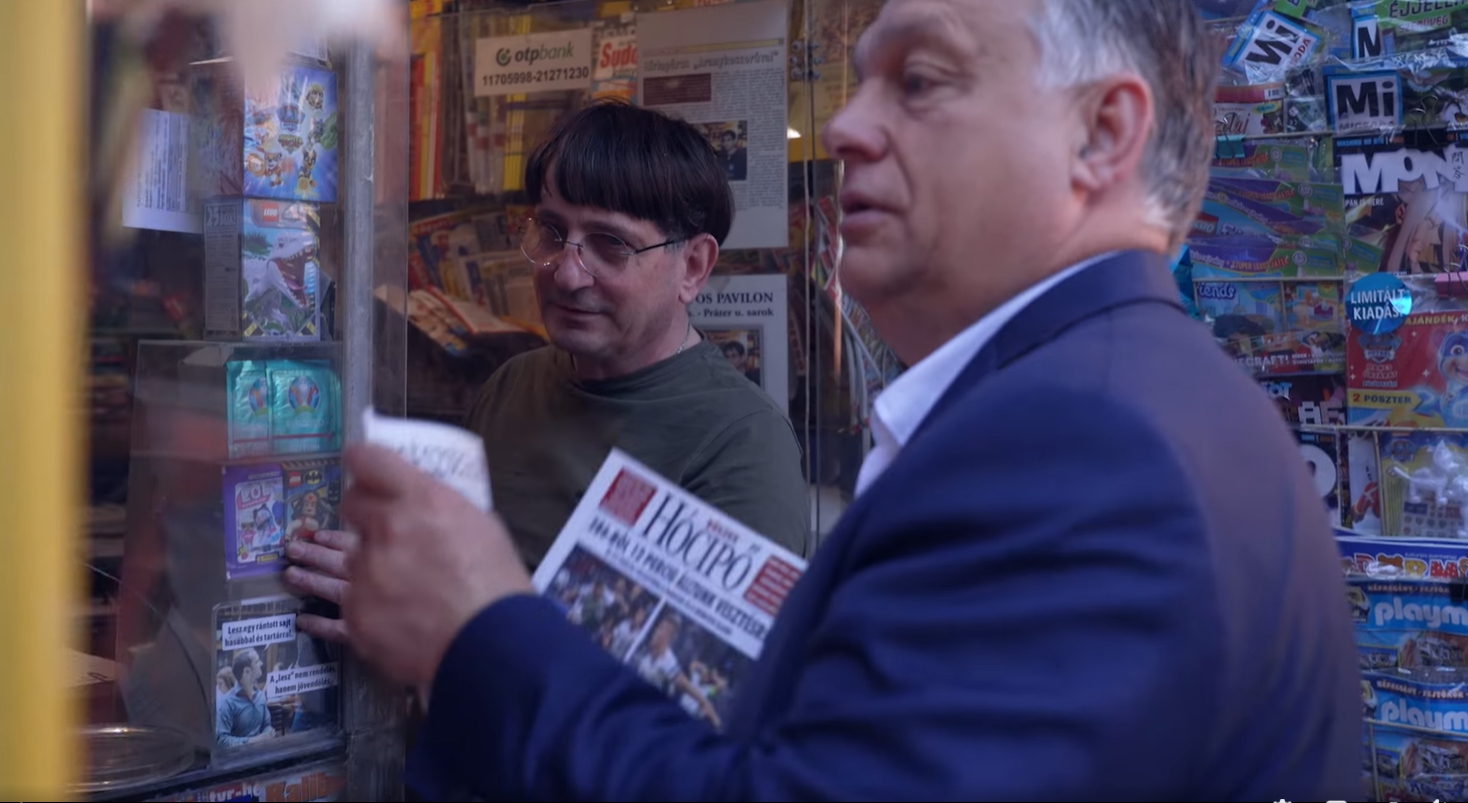 A left-wing site dismisses the Prime Minister’s argument that the abundance of outlets harshly critical of his government is vivid proof of a free press in Hungary. A pro-government outlet takes the attempted murder of a Dutch journalist as an indication that The Netherlands has problems with media freedom.

Background information: In its annual publication on the state of media freedom, the organization Reporters Without Borders portrayed Prime Minister Orbán as a grave threat to press freedom. To demonstrate the existence of press freedom in Hungary, Viktor Orbán posted a short video on his Facebook page. In the footage, the Prime Minister went to a small newsstand and bought a handful of left-wing liberal weeklies harshly criticizing him on their front pages.

On 444, Márk Herczeg finds it absurd for the Prime Minister to consider the existence of half a dozen critical weeklies and dailies as proof of media freedom in Hungary. The liberal commentator notes that there are only a handful of opposition media outlets, while the government has de facto oversight of 46 print and 48 online outlets. Herczeg remarks that 18 pro-government outlets published an identical report on Prime Minister Orbán’s video. He reads that as solid proof that the media is far from free in Hungary.

Magyar Hírlap quotes a Facebook post by a high-ranking official of the Foreign Ministry, who assured the Netherlands of Hungary’s sympathy over the assassination attempt against an investigative journalist in Amsterdam. State Secretary Tamás Menczer wrote that he was confident that Prime Minister Rutte ‘is doing everything to prevent such horrendous events from happening in a member country of the European Union’. He also hoped the Dutch government ‘will find the way back to press freedom and the rule of law’. ‘PM Rutte and his government can count on Hungary’s support’ in that effort, he concluded.