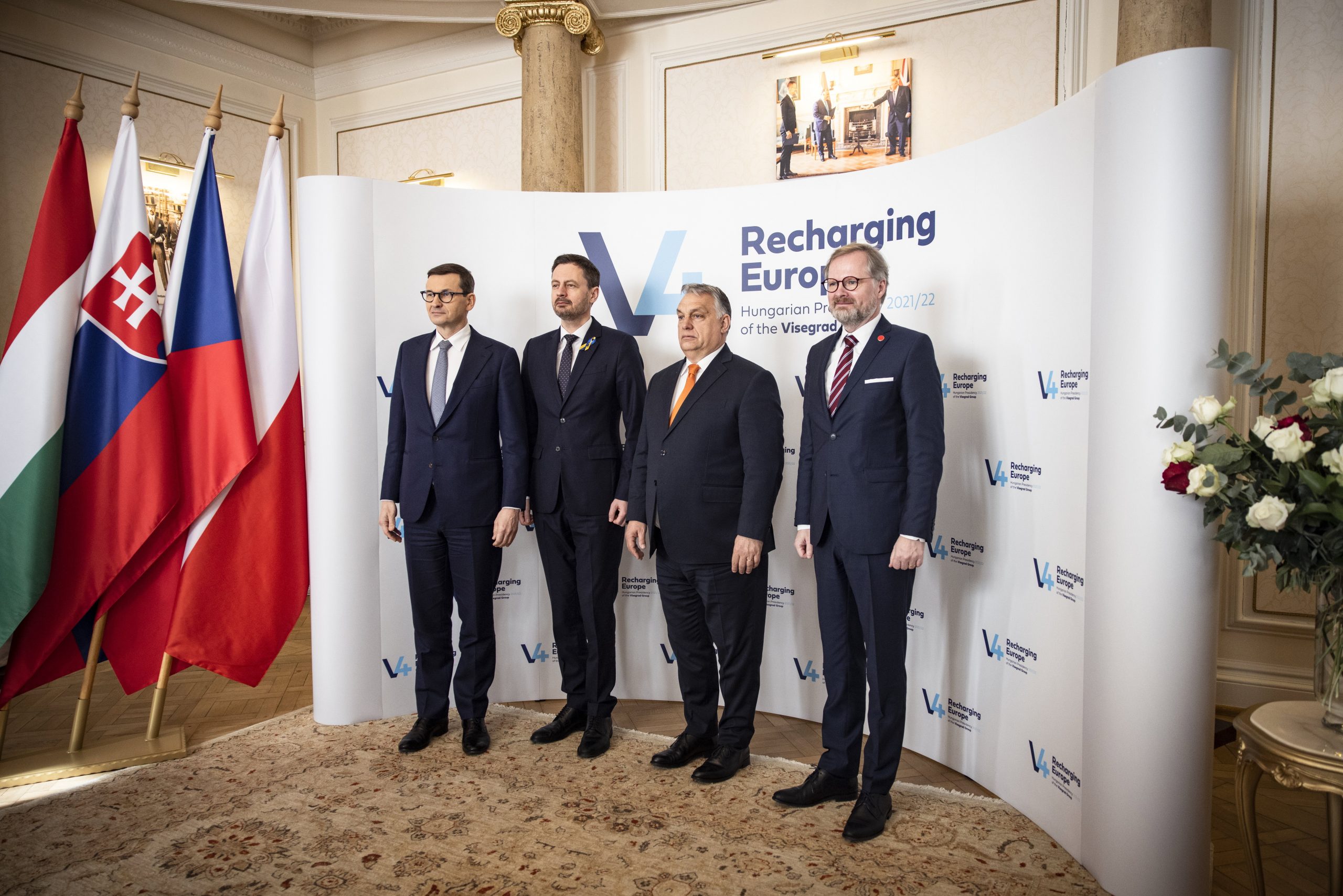 Left-wing and liberal pundits contend that the Ukraine war has divided the Visegrád Group and frozen Hungarian-Polish diplomatic relations. Conservative analysts, however, are optimistic that the V4 will remain a key regional actor in the EU once the Ukraine war is over.

In 24.hu, Zsolt Kerner writes that as the war in Ukraine drags on, Prime Minister Orbán remains increasingly isolated on the European political stage. The left-wing commentator recalls that after quitting the European People’s Party, the Hungarian government worked hard to strengthen the Visegrád alliance and tried to create a right-wing conservative European platform that would include the Polish Law and Justice Party, Marine Le Pen’s National Rally in France and Matteo Salvini’s League in Italy. These efforts failed to make progress, however, due to diverging attitudes to Russia, Kerner notes.

Since the start of the Ukraine war, he adds, Hungary has even been harshly criticized by members of the Visegrád Group, including PM Orbán’s closest strategic and ideological ally in Poland for its lukewarm support of sanctions on Russia. Without allies in the EU, Hungary is unlikely to secure EU funding, Kerner believes. In conclusion, he suggests that Mr Orbán is now hoping that Marine Le Pen will win the French Presidential election, and thus become his main strategic partner in the EU.

Heti Világgazdaság’s István Riba believes that the Prime Minister hoped that the Visegrád Group could serve as a counterweight to the German-French ‘core Europe’, and also become a key actor between Germany and Russia in determining the future of Central and Eastern Europe.

The liberal columnist also sees the Hungarian government’s support for sanctions against Russia as lukewarm. This, he writes has alienated Poland and seriously weakened Hungary’s diplomatic position in the EU. Riba suspects that the EU activated the rule of law procedure against Hungary but not against Poland, because of the different stance taken by the two countries towards Russia.

Telex’s Balázs Márton also thinks that the Ukraine war has taken a huge toll on the Visegrád alliance and has strained Polish-Hungarian relations. The liberal analyst, however, thinks that despite the diplomatic skirmish, strategic cooperation among the Visegrád countries will continue. As examples, he mentions transborder projects and the setting up of a V4 Battlegroup.

He thinks nevertheless that in the absence of regional institutions which would help resolve internal disputes, Visegrád cooperation is unlikely to improve significantly before the Ukraine war ends.

In an interview with Inforádió, Anton Bendarzsevszkij, the research director of the Danube Institute conservative think tank is confident that despite their differences concerning the Ukraine war,  the Visegrád Group will remain an important coalition.

He sees the V4 as one of the most important and influential regional alliances within the EU. Bendarzsevszkij is optimistic that its members will find a common energy strategy, since it is in their collective interest to reduce dependence on Russian natural gas.

Magyar Nemzet’s Zoltán Kottász acknowledges that the Ukraine war has put a strain on Polish-Hungarian diplomatic relations. The pro-government commentator, however, suggests that the main objective of the Visegrád alliance is to represent its members within the EU rather than serve as a geopolitical platform with its own foreign policy. Kottász is confident that once the Ukraine war is over, V4 cooperation will return to normal.