Press Roundup: First Comments on the Russian Invasion of Ukraine 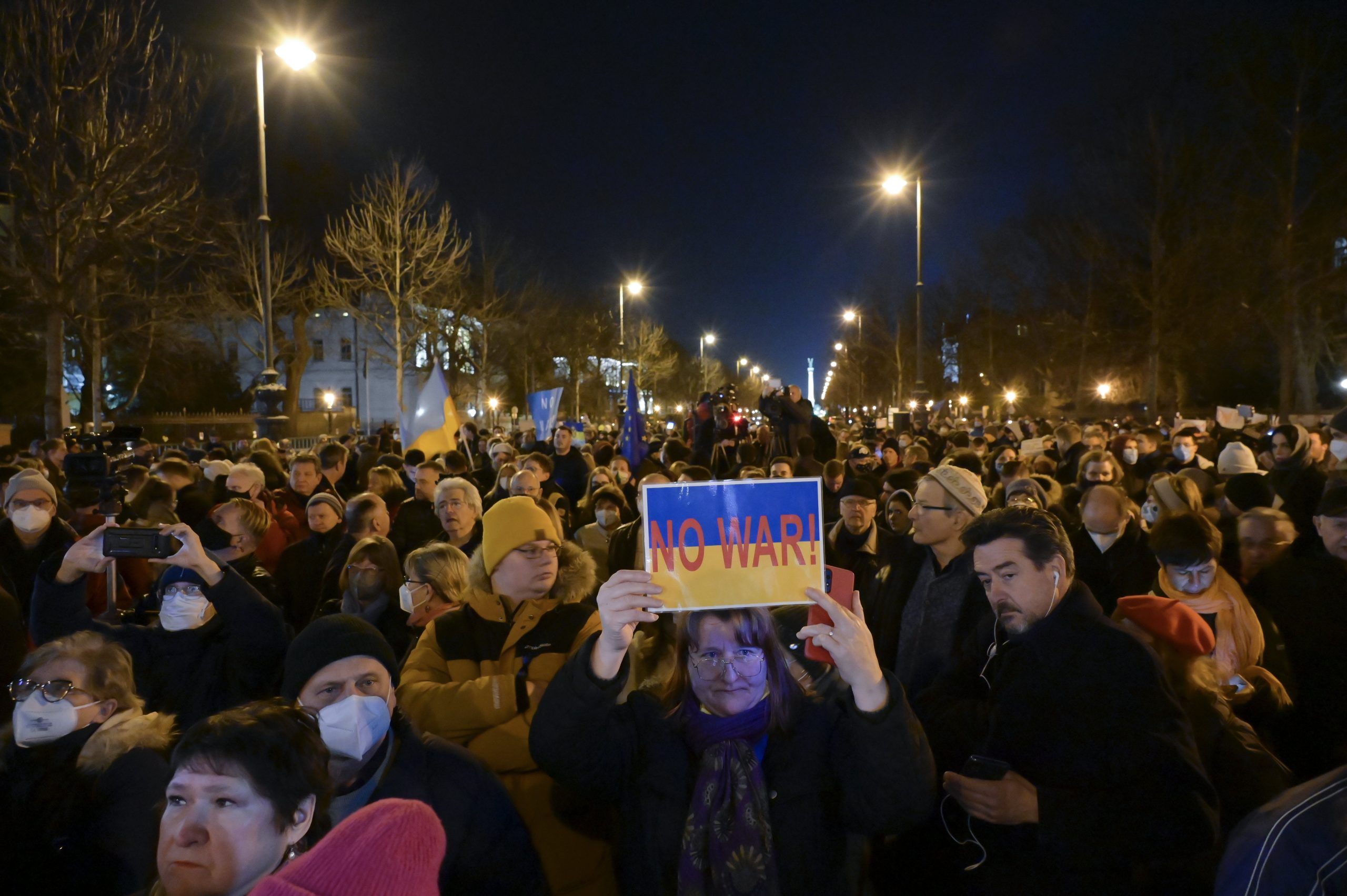 A liberal correspondent believes that Russia intends to topple the Kiev government but will not attempt to keep Ukraine under military occupation. A business analyst weighs the risks for the Hungarian economy.

Background information: As Russia launched an offensive against Ukraine on multiple fronts, Foreign Minister Péter Szíjjártó declared that Hungary stands by Ukraine, along with her NATO allies. Minister of Defence Tibor Benkő said Hungary must be ready to host tens of thousands of Ukrainian refugees.

In a live report from Kiev on Klub Rádió, András Németh, Heti Világgazdaság’s foreign policy expert, believed Russia will not stop short of toppling the government of Ukraine.

He didn’t think, however, that Russia will permanently occupy its western neighbour, as Russia, he suggested, is not strong enough to keep Ukraine under military occupation, given the constant losses it could expect to suffer in such a scenario.

As for Russian natural gas supplies, Hungary has a long-term contract with Gazprom and the gas now reaches Hungary by-passing Ukraine.

featured image: demonstration in Budapest on Thursday; via Szilárd Koszticsák/MTI