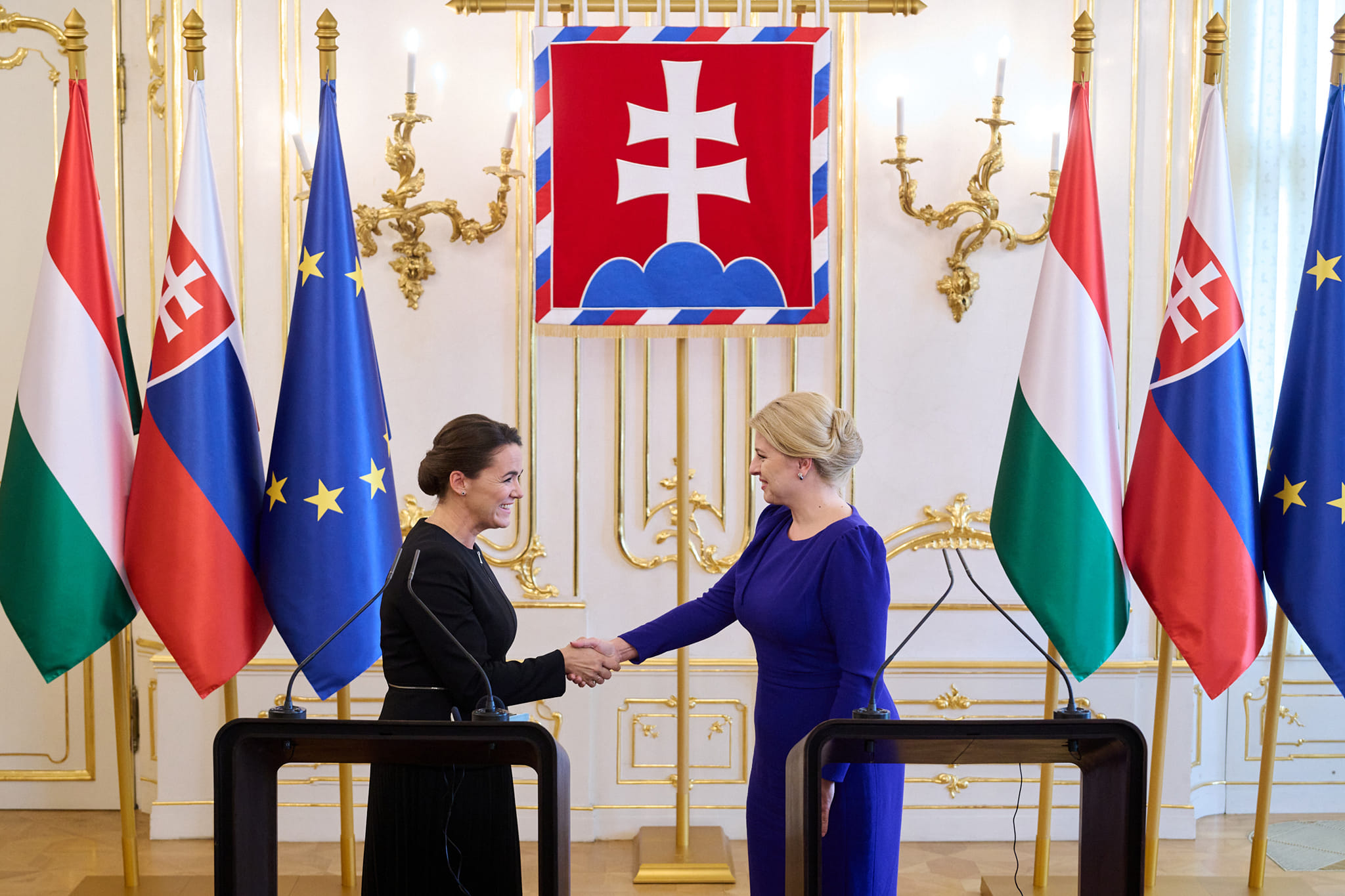 “We need EU economic sanctions that cause serious economic hardship to the Russian aggressor, not to the people and economy of Europe,” Hungarian President Katalin Novák said at a joint press conference with her Slovak counterpart, Zuzana Caputová in Bratislava on Friday.

“Hungary can only accept sanctions that inflict more pain on the Russian aggressor than on the Hungarian or European people. We must honestly examine if the sanctions imposed so far have fulfilled their function,”

the head of state explained.

“Our position has been firm from the beginning: we condemn Russia’s aggression, its attack on Ukraine, and we stand by Ukraine’s territorial integrity and sovereignty,” she reiterated.

Novák noted that Slovakia and Hungary do not have the same position on military assistance, but both are accepting large numbers of Ukrainian refugees. She added that both countries consider building peace a priority, although the prospects do not currently point in that direction.

The President stressed that there is no alternative to the Visegrád Four – Poland, Hungary, Slovakia, and the Czech Republic – “which gives us the opportunity to represent our common values in the most effective way within the EU.”

The Czech Republic and Austria both announced that they will introduce checks at border crossing points with Slovakia.Continue reading

Speaking of bilateral issues, she recalled that according to a recent census in Slovakia, there are almost half a million Hungarians living in the country, and the enforcement of their rights is of utmost importance to Hungary. “The Hungarian population in Slovakia is the most assimilated among the neighboring countries,” Novák pointed out, calling on her Slovak counterpart to do everything possible to ensure that the local Hungarian population can preserve their national identity.

Novák also stressed that dual citizenship would not take away from anyone, but would add to the everyday life of the Hungarian minority. Although the Slovakian legislation on dual citizenship has recently been amended, this does not yet provide a solution for the local Hungarian community, she said, asking Caputová for help on this issue.

During her visit to Bratislava, the Hungarian head of state met Slovak Prime Minister Eduard Heger as well.

With @eduardheger, the Prime Minister of #Slovakia we agreed that in these challenging times we need strategic thinking within the European Union . pic.twitter.com/quyuStukEH

Novák held talks with Krisztián Forró, President of The Association, the alliance of Hungarian political forces in Slovakia. “With the upcoming local and county municipality elections, it is key for Hungarians to unite, as this is the way to achieve good results,” she stressed.