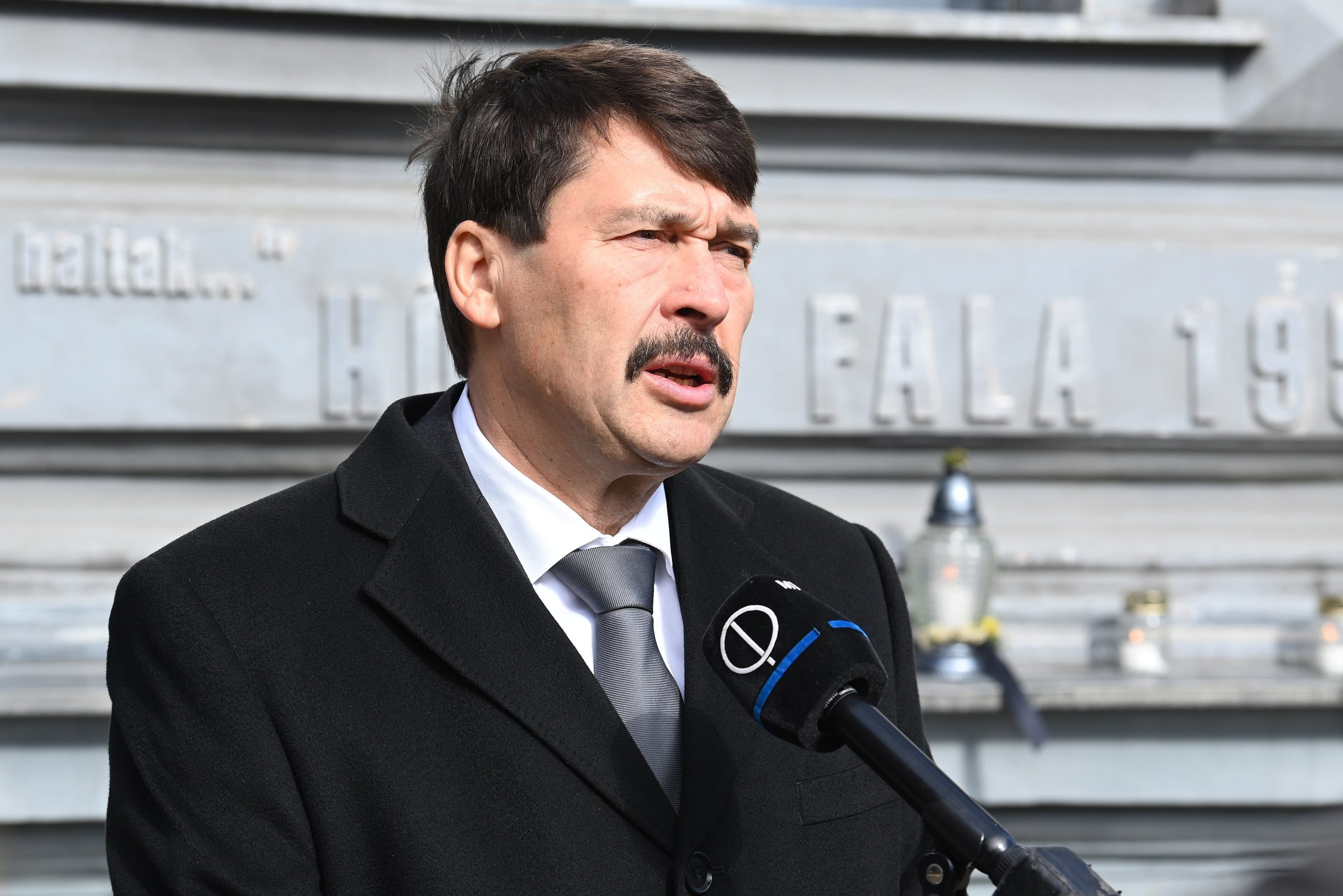 President János Áder and First Lady Anita Herczegh on Friday lit candles in front of the House of Terror Museum, marking the Victims of Communism memorial day and the 20th anniversary of the museum’s inauguration.

Áder told public media afterwards that freedom was to be cherished by all Hungarians, now and in the future.

The museum, which opened twenty years ago in the former headquarters of Hungary’s Communist state security office, has drawn 7 million visitors since, and has hosted countless exhibitions, conferences and other events, he noted. It is a memorial to the importance of freedom of nations and individuals, Áder said. “That message is especially important today, when a war is raging in a neighbouring country,” he said.

The House of Terror Museum is marking the anniversary and the memorial day with candles at its “Wall of Heroes”, and with exhibitions and a light show in the evening.

At a commemoration in downtown Budapest, House Speaker László Kövér called Communism “a lethal ideology”, and said that attempts to implement it had always resulted in bloody dictatorships.

“Even today, various mutations of the communist virus are spreading disease all over the Western world,” Kövér said at the event held at the memorial of national martyrs.

Modern proponents of communism aim to dismantle states, undo families and the middle class, and abolish private property, as did their predecessors in the 20th century, he said.

Kövér said Hungarians would remain Hungarians only if the state remained independent and could take effective action, if families continued to prosper, and “the fruits of the labour of Hungarians enriches mainly Hungarian public and private wealth”. He said the nation’s middle class “and its majority” must “protect our democratic order from political extremists allied to communists and fascists.”

Speaking in Nyíregyháza, in eastern Hungary, the prime minster’s chief of staff said naming the perpetrators of communist terror, and revealing the truth, was key to “laying the demons of the 20th century to rest”. The “butchers of the House of Terror” should be named publicly, Gergely Gulyás said, referring to the acts of torture committed at the Budapest headquarters of the Communist state security headquarters (AVH) which now houses the House of Terror Museum. “They tried to break the backbone of the nation by trampling the dignity of individuals,” he said.

Meanwhile, the leader of LMP’s parliamentary group vowed that the united opposition would reveal politicians’ links to the state security agency if it came to power.

Speaking at a commemoration held in Pecs, in southern Hungary, László Lóránt Keresztes said: “We cannot build democracy on the foundations of the secrets of a dictatorship.”

Keresztes noted that ruling Fidesz had promised to make the “agent files” of the Communist regime public. They shirked that task, despite the fact that LMP submitted 24 proposals to parliament to that end between 2011 and 2021, he said.

He vowed that the united opposition would “show how the parties active in the regime change were drawn in by agents of the Communist secret services, and which public figures of post-Communist Hungary were involved,” he said.

Regarding the conflict in Ukraine, Keresztes said the opposition rejected the aggression of Russia and President Vladimir Putin, and stood by the sovereignty of Ukraine, by the Hungarians living in the country, as well as all other citizens.

“We also have to declare that [Prime Minister] Viktor Orbán has long disavowed: there is no business, no negotiation with an aggressor,” he said. He called for the upgrade of the Paks nuclear power plant “based on Russian technology and Russian loans which expose Hungary to Russia” to be scrapped.