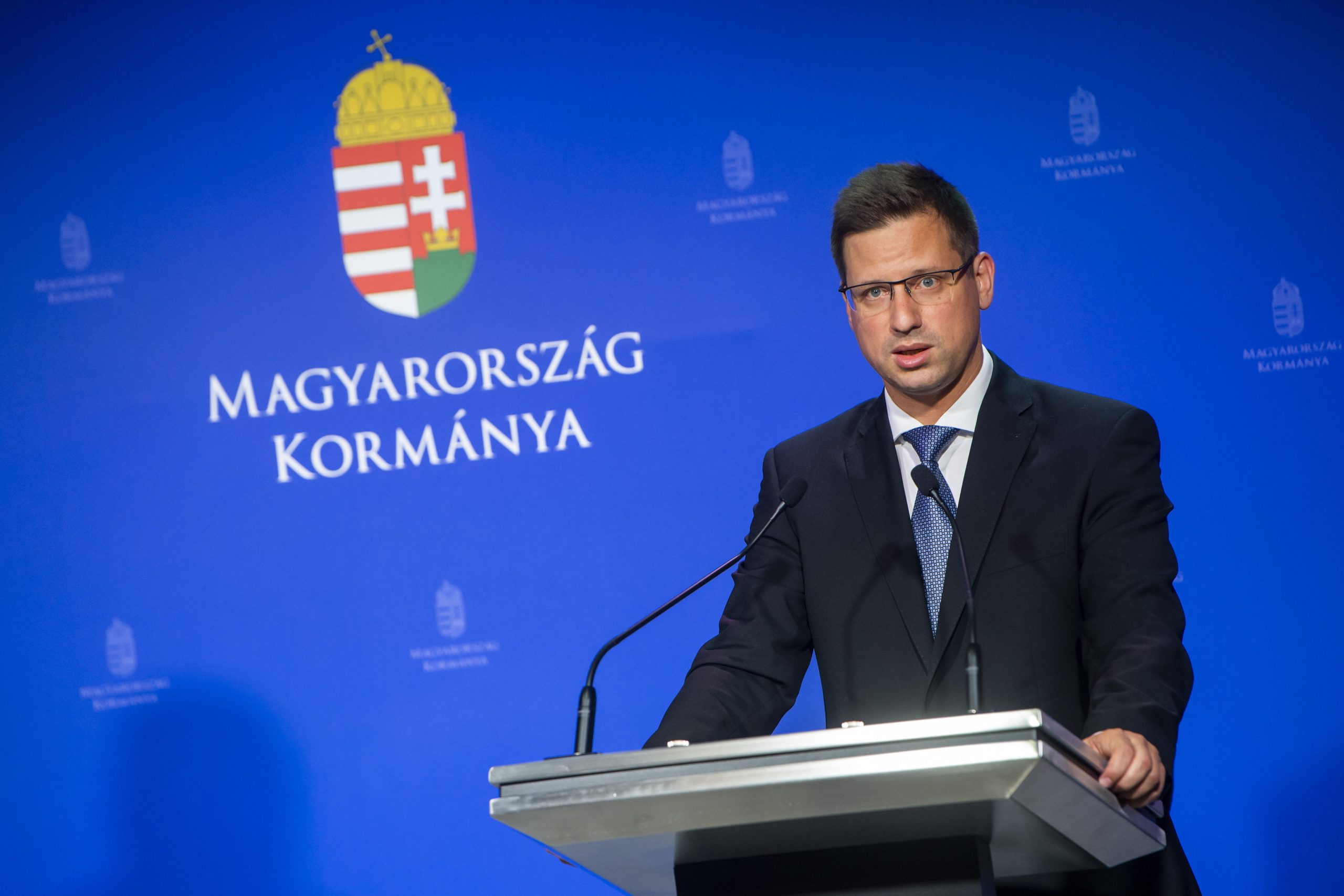 Hungary’s government considers the protection of the country’s security and economy its two most important responsibilities amid the war in Ukraine, the prime minister’s chief of staff said on Thursday.

The government must do everything in its power to protect the scheme to reduce household utility bills, and to defend family subsidies and pensions, Gergely Gulyás told a regular press briefing. The government has made decisions and is submitting a draft budget to parliament that ensure the protection of its achievements of the last several years, he said.

Though there is no indication of any direct threats to Hungary because of the war, there is a threat of a humanitarian disaster and the effects of the war on the economy are also severe, Gulyás said. The protracted war and the energy crisis raises the threat of a new global economic crisis, he said, adding, at the same time, that Brussels’s sanctions on Russia were also to blame for the steep price rises.

In the current situation, companies that amass profits through rising interest rates and higher prices can be expected to contribute to the costs of protecting Hungary, whether those go towards the utility price cuts scheme or defence, Gulyás said.

He noted that the windfall taxes announced by the prime minister on Wednesday will be collected into the utilities protection fund and defence fund set up by the government in order to ensure that the utility bill cuts scheme and defence developments can be financed in the long term. The measures also guarantee that the government can meet its deficit target of 4.9 percent of GDP this year, he added. 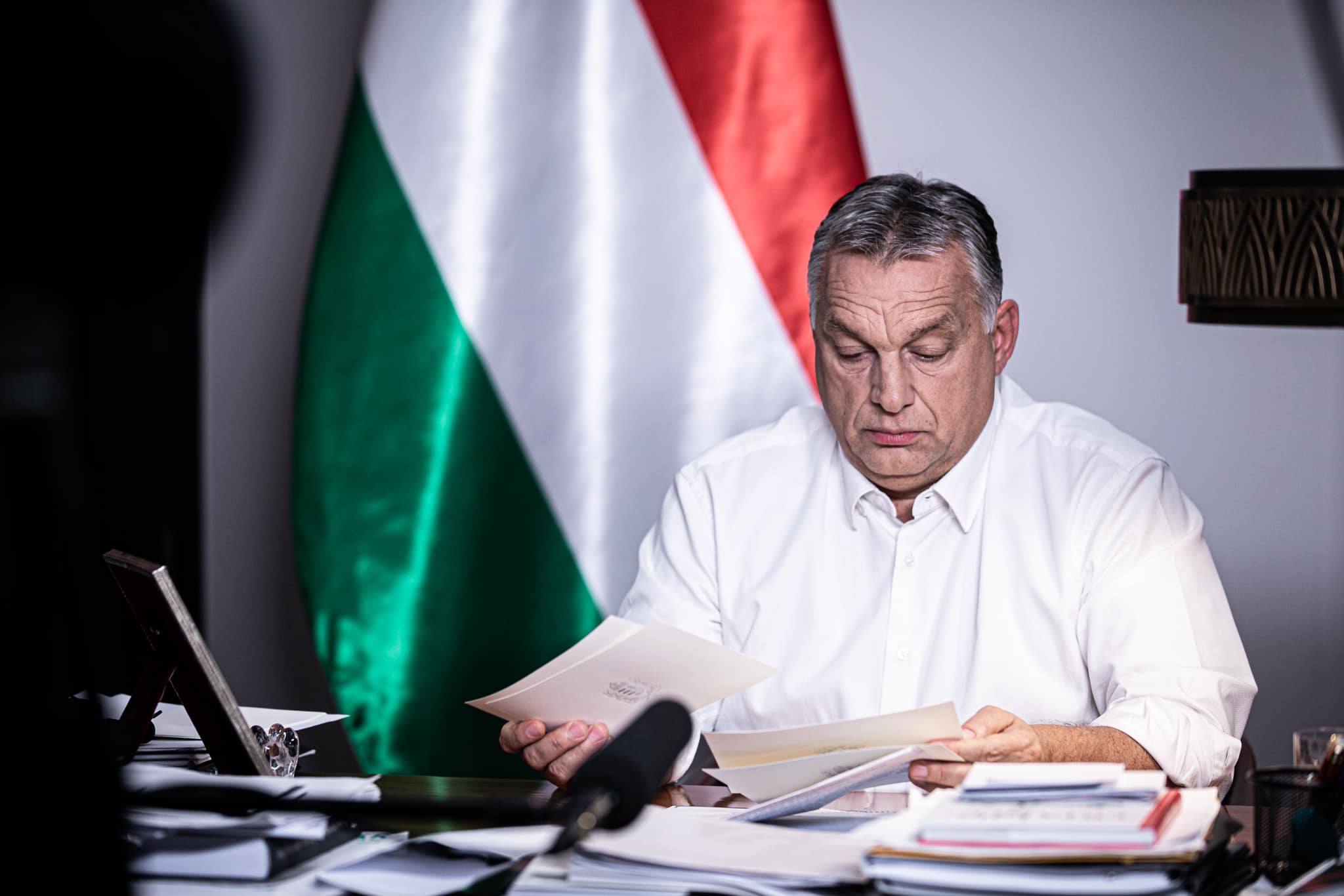 He said the 2023 draft budget assumes a GDP of 68,000 billion forints (EUR 175.4bn) and has a headline number of around 26,000 billion forints. It targets a budget deficit of 3.5 percent, calculates with a growth rate of 4.1 percent and projects an inflation rate of 5.2 percent, he added.

The finance minister is submitting the draft budget to the Fiscal Council today, and parliament is expected to debate the bill in the first half of June, he said.

Only Hungarians to buy fuel at capped prices from Friday

Meanwhile, Gulyás announced that only Hungarian cars will be allowed to buy fuel at government-capped prices from Friday, while cars with foreign number plates will have to pay market prices.

Since Hungarian fuel prices are the lowest in Europe, fuel tourism around the border has grown so it is now threatening uninterrupted supply, Gergely Gulyás said.

“Foreign buyers are exploiting the fact that Hungary is able to maintain petrol prices at 480 forints per litre, while they are at 700-900 forints elsewhere in Europe,” he said.

To prevent such “abuse”, only cars with Hungarian registration certificates will be allowed to buy petrol at 480 forints per litre in Hungary. Others will have to pay the market price, he said.

Márton Nagy, the minister for economic development, said that with another economic crisis looming, it was key to build a resilient economy and keep the budget and state debt firmly in hand.

Nagy said the government was “adamant” that the deficit should not exceed 4.9 percent of GDP in 2022 and 3.5 percent next year.

The government is setting up a utilities protection fund and a defence fund, he said, adding that their financing would be expensive due to rising energy prices and the war in Ukraine.

The government’s main source of additional income is expected to come from windfall taxes imposed on banks and large companies. Meanwhile, expenditures will be curbed too, by cutting ministries’ expenses and restructuring state-financed investments, Nagy said. Market-based investments will be further promoted, he said.

The minister said it was crucial to protect full employment, the purchasing power of pensions, family support measures and the utility cut scheme.

Reduced expenditures will account for about 60 percent of the fiscal adjustment and higher revenues 40 percent, he said.

The windfall taxes will be introduced in eight areas and will raise around an annual 800 billion forints, Nagy said.

The government aims to raise an annual 300 billion forints from the banking sector, including 50 billion by expanding the transactions duty, Nagy said. 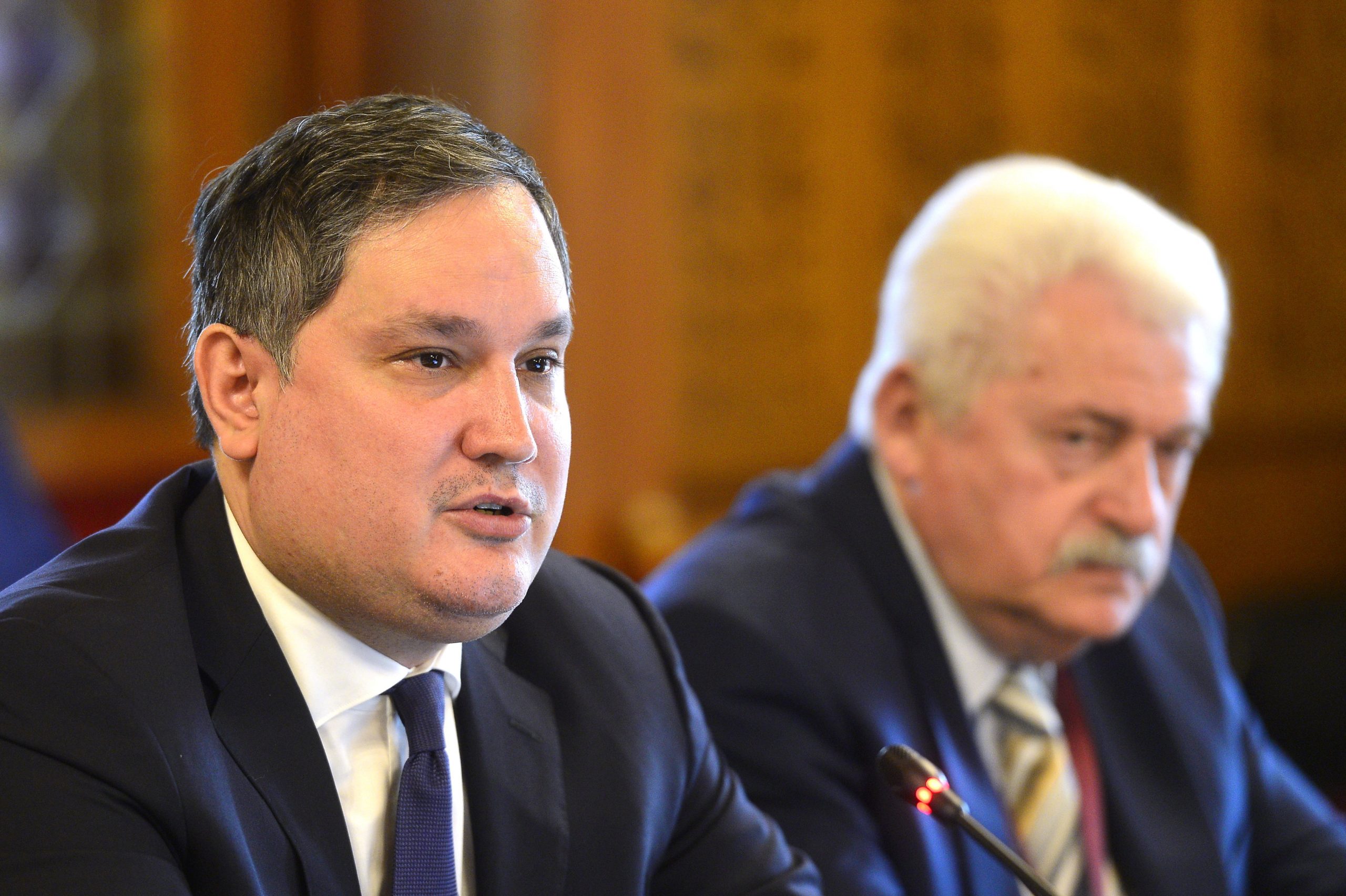 Nagy said Hungary's level of development was at 76 percent of the European Union average, with the country having overtaken Greece and Portugal.Continue reading

Profits will remain with the companies, only extra profits will be taxed, and so it is not expected to burden consumers, he said.

Expenditures of the two funds this year will add up to 900 billion forints, Nagy said, adding that 700 billion will be spent on utilities protection and 200 billion on defence. Both funds can still be topped up next year, he said.

In addition to the windfall taxes, the government will also collect around 100 billion forints from smaller tax increases. This will include an increase in the excise tax on alcohol, the public health tax and the tax on company vehicles, among others, the minister said.

Nagy said the move to re-channel the extra profits of businesses would not impact their decision on whether or not they remain in the country. Over the last 12 years, the share of Hungarian ownership within the banking sector has risen above 50 percent, he said, adding that less than 20 percent of insurance sector players were Hungarian-owned.

Gulyás said the government’s rule of thumb on the matter was that only projects that are yet to be started could be rescheduled, most of them being construction projects.

In response to a question, Gulyás said that the utilities protection fund served to keep consumer prices at their current levels. The defence fund will be used to speed up a planned military upgrade, he added.

Nagy said the sectors affected by the windfall taxes knew that extra profits were “profits they didn’t earn”, adding that the government expected the businesses in question not to pass the taxes onto consumers.

As regards consultations on the taxes, Nagy said he had discussed the matter with the banking association on Wednesday and had met energy sector representatives today.

The taxes will not increase inflation, the minister said.

Gulyás said the government believed that in terms of “large-scale measures” the windfall taxes would be enough to achieve its goals.

He said the taxes gave no reason for businesses to raise prices, arguing that they were taxes on extra profits. The government will take action if it sees the taxes being shifted onto consumers, he added.

He said the tax on airlines will come to around 10 euros per departing passenger.

Meanwhile, asked if the state of emergency declared due to the war in Ukraine meant that Hungary will mobilise its troops, Gulyás said the government had already ordered to tighten the defence of the country’s borders. That level of security will be maintained, but the government sees no reason to increase it for the time being, he said. If necessary, the armed forces and the police are capable of defending the border, he said.

On another subject, Gulyás said the government believed it was highly unlikely that Russia would attack a NATO country, adding that a well-equipped army reduced the chance of that happening even further. “We don’t believe Russia poses a threat to any member state right now,” he said.

Gulyás also said the government will decide whether or not to extend the existing price caps by mid-June.

Government spokeswoman Alexandra Szentkirályi said that a total of 728,000 refugees have crossed into Hungary from Ukraine since the start of the war. Altogether 23,000 asylum applications have been submitted and 14,000 approved so far, she said. So far, 120,000 people have applied for a temporary residence permit, she added.

Asked about the oil embargo, Gulyás said that “the government, in general, has reservations about the policy of sanctions” as it has benefitted Russia and the United States and hurt Europe. He added that the government advocates European unity and “the proper manifestations of solidarity” even if there were disagreements on the interpretation of the latter concept.

Hungary and Poland continue to be strategic partners, he said.

Gulyás said that no cases of monkeypox had been reported in Hungary, adding that the special laboratory capacity required for identifying the virus is in place. He noted that the symptoms of the disease are fairly mild and most of the infected recover in a matter of weeks.

The minister said Hungary’s 9.5 percent inflation rate was “way below the double-digit figures” registered in most European countries. He added that the price caps mitigated inflation by 5-6 percentage points. The central bank has forecast the rate to peak in the summer, to be followed by a decline to 5 percent by next year, he said.