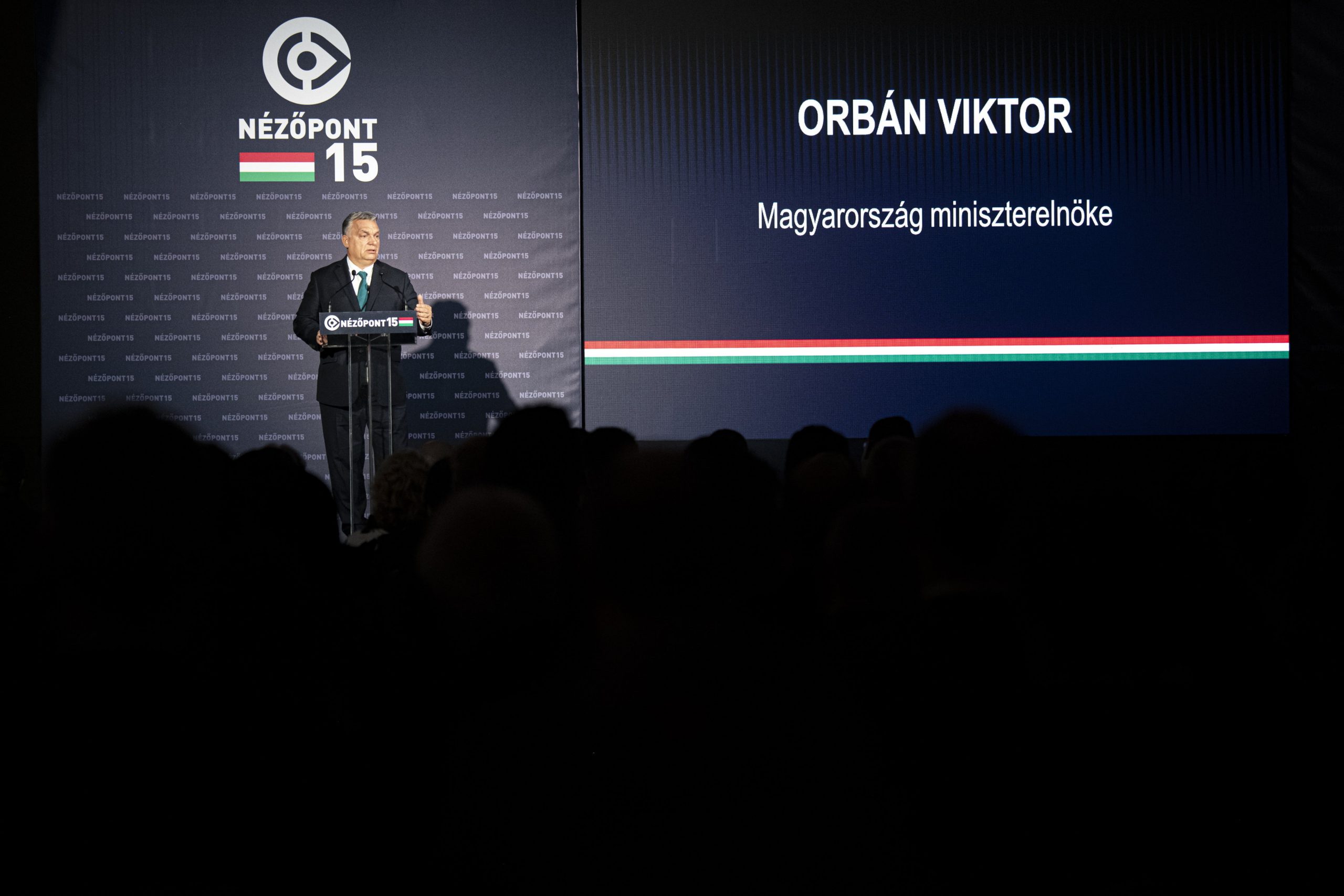 The government is committed to its “endless” fight to keep public utility prices low and the upcoming elections will not change those efforts, Prime Minister Viktor Orbán said at a ceremony marking the 15th anniversary of the pro-government Nézőpont Institute on Wednesday.

“There’s us who reduced utility fees and work to keep them low and then there are others that say that it is not reasonable and we should let the market regulate,” the prime minister said. He warned that if the principles in “liberal textbooks” became government practice the cost of living could rise.

Highlighting Nézőpont, Orbán said that the pollster “usually predicts the results correctly” in view of the past three general elections. He said that election victories, especially subsequent ones, required a lot of work, adding that “one does not have a two-thirds majority by accident, especially twice or three times one after another”.

On another subject, Orbán said that the period after former Prime Minister Ferenc Gyurcsány’s contested 2006 “Öszöd Speech” was “an era of lies”. In those years “a whole country was deliberately and systematically deceived”, and “elections could be won by hiding and falsifying budget figures so that voters won’t know what the real situation is”, he insisted.

Orbán quoted George Orwell as saying that “telling the truth in such an era is a revolutionary deed”. Nézőpont, founded in 2006, therefore, “could well be considered a revolutionary organisation, which dared to say that two and two made four when everybody else trumpeted the opposite,” he said, adding that the government was grateful to Nézőpont for putting an end to that era.

If ever there was a profession that requires an unbiased and objective point of view and is about informing the public about the impact certain decisions have on the country, “it is definitely the profession of politicians”, the prime minister said. “There is a need for an entity — like the Nézőpont Institute — whose mission is to observe this work without any distortions.” he added.

Orbán said Nézőpont had been the first Hungarian think-tank modelled after its Western peers.

Fifteen years have passed since the think-tank’s establishment, “12 of which we were in power for”, he said. Orbán praised Nézőpont’s work in gauging public opinion, putting together policy proposals and its analysis of the media landscape.

Institutes like Nézőpont are not only useful but vital in a free country, Orbán said. “There’s no national sovereignty without nationally-owned research institutes that prepare the work needed for policy decisions,” he said. Orbán underscored the importance of having think-tanks that prioritise national interests.

If Hungary is to be a free and sovereign country it has a constant need for domestic think-tanks, he said.

On the topic of next year’s general election, Orbán said that having as big a lead as Fidesz has according to polls “is the most dangerous thing that can happen”.

“We are confronted with the intellectual challenge of the civic Christian Democratic government enjoying a clear lead in voter support 5-6 months before the election,” the prime minister said.

Though a lot can change in a short amount of time “our political community is going into this election” in a strong position, Orbán said. According to the polls, all the government has to do in the next 5-6 months “is put in many hours of honest work every day” and focus on enabling people to make a living, he said.

Orbán said that unlike at the Olympics, second place in politics did not come with a silver medal. “There’s only victory or defeat,” he said.