PM Orbán in Slovenia: Economy Relaunch Is Most Pressing Issue 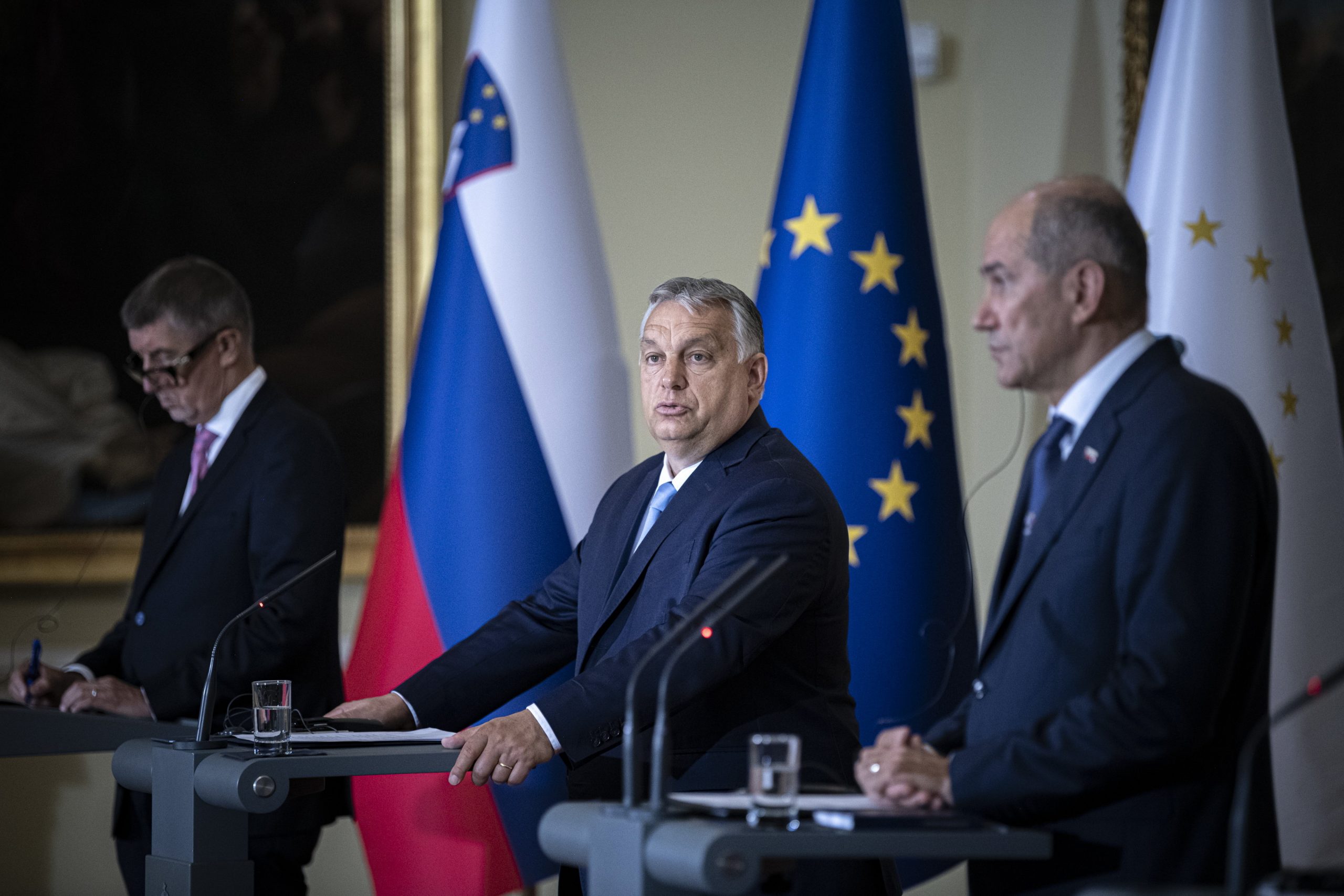 The European Union will have to address a number of serious issues over the next six months, but it is fortunate that the European Council will be headed by Slovenia during this period, Prime Minister Viktor Orbán said after a summit of the Visegrad Group countries and Slovenia in Ljubljana on Friday.

Addressing a news conference, Orbán identified the relaunch of the economy as the bloc’s most pressing issue. This, he said, required investments, security and the expansion of markets.

The key to boosting investments, he said, was keeping taxes level or cutting them. Security is conditional on central Europe maintaining a joint position on its opposition to migrant redistribution quotas, he added. The prime minister also said that the EU markets could only be expanded if the Western Balkan countries are admitted into the bloc as soon as possible, thereby making the EU stronger.

“Over the coming months, Hungary will do everything it can to support Slovenia’s EU presidency so that it is successful,” Orbán said.

The cooperation of central European countries is “no theory but practice,” Orban said, pointing to the “exemplary” aid the countries provided to each other during the coronavirus pandemic.

Slovenia, with Janez Jansa as prime minister, has acted as EU president once before, Orban said, adding that “Jansa, as one of the anti-Communist camp, has the historical perpective to assess European matters.”

In response to a question, Orban said migration had two sources: Asia and the Sahel region. “We are withdrawing troops from Afghanistan and cutting the number of men in Sahel, too,” he said, referring to NATO’s recent withdrawal from the central Asian country. The decision will have consequences, “everyone will have to prepare for migration waves from Afghanistan,” Orban warned.

The European Union should focus on “important issues” such as the pandemic, the restart of the bloc’s economy and migration, Orbán said.

Instead, the European Union is “waging a rule-of-law jihad to divert attention from real problems,” Orbán insisted, adding that the rule of law should not be used as a political weapon, he added.

Orbán said the European Union’s situation has changed since the mid-00’s, when “there were new member states and old ones.” By now, the rift is between countries with “high state debt, low growth and scores of migrants destabilising security, and those which keep debt under control, grow swiftly and have protected themselves from migrants and so they are stable,” he said, adding that central Europe belongs to the latter category.

Janza’s “great task” is to unite those two “very different” camps, Orbán said. Slovenia, as “the westernmost central European country,” is ideally suited to the task, he said.

Jansa told the same news conference that since its accession to the EU, Slovenia has cooperated well with the Visegrad Group and often “coordinated priorities”.

As the country holding the rotating presidency of the European Council since July 1, Slovenia has a responsibility to find solutions to the challenges the bloc is facing, he said.

Jansa thanked the Visegrad Group countries for their support of Slovenia during the coronavirus epidemic. “While the European Union failed to organise aid, these countries supported Slovenia with shipments of protective gear and vaccines,” he said.