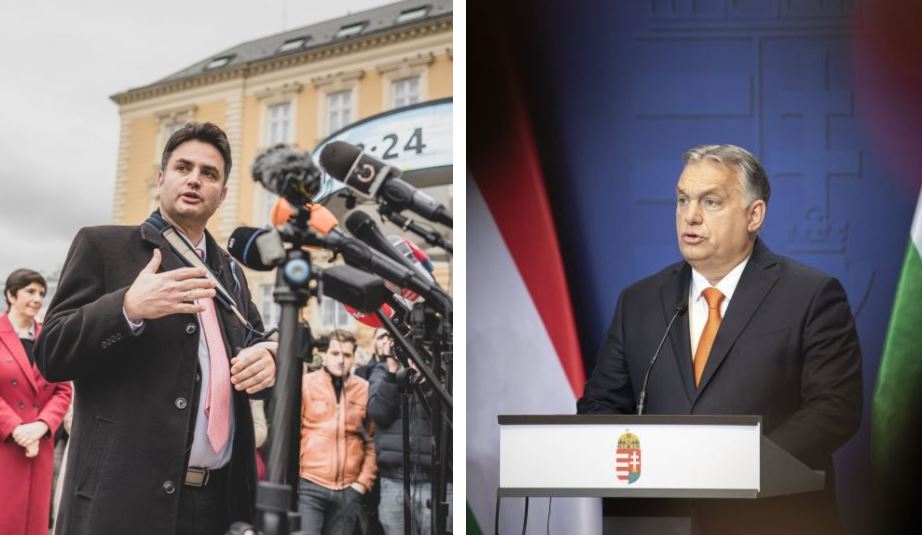 The opposition alliance’s candidate for Prime Minister, Péter Márki-Zay, has again called on incumbent Prime Minister Viktor Orbán to participate in a debate with him before the elections. A few days ago, Fidesz refused the idea, arguing that Márki-Zay is only an “employee” of Ferenc Gyurcsány, president of the Democratic Coalition, the strongest of the six allied opposition parties.

“If there is no point of a debate with an employee, then I shouldn’t challenge Orbán either but rather the Chinese Communist Party or Putin,” Péter Márki-Zay said to the Prime Minister in the verbal conflict that broke out after the opposition alliance’s Prime Ministerial candidate had challenged the incumbent Prime Minister to a public debate.

Péter Márki-Zay challenged Viktor Orbán on Sunday. Allegedly, prior to this, neither Orbán himself nor PMO head Gergely Gulyás had ruled out a duel. However, Fidesz’s communications director recently responded by repeating one of Fidesz’s campaign slogans that states that Márki-Zay is only the puppet of Gyurcsány, “and there is no point in debating with an employee.” (Although it was Hollik himself during the opposition primaries who loudly excluded the possibility of Márki-Zay winning the race, because “he is not Gyurcsány’s man,” and Márki-Zay eventually beat Gyurcsány’s wife in the final during the primaries).

In his reaction given on ATV on Tuesday, Péter Márki-Zay said that within the opposition coalition, “there are no bosses, no employees.”

But if that were the logic, why would I take on Viktor Orbán? Then I should immediately challenge Putin or the Chinese Communist Party. If Orbán cannot decide without the Chinese Communists which way the railway should go [paid] from our money, or cannot decide without Putin whether he can support the preservation of the Úzvölgye cemetery, or if the gas tap to Ukraine should be closed, then Viktor Orbán is an employee.”

Márki-Zay believes that Hungarian voters have the right to a campaign not based “on lies, not to put lies in each other’s mouths, but to argue with facts. That is why Viktor Orbán must take a stand and there must be an open, live debate broadcast on public television.” He also thinks that even Fidesz voters wouldn’t vote for someone who “doesn’t dare to take on a debate.”