Péter Márki-Zay spoke to Hungarians about following the example of the revolutionaries of 1956, joining together to achieve victory through solidarity. The last speaker at the podium of the joint opposition’s October 23 commemoration ceremony, the coalition’s leader emphasized that like those who took up arms in the uprising, “we have had enough.”

“Hungarians had had enough of something on October 23, 1956,” Péter Márki-Zay, leader of the Everybody’s Hungary Movement explained;

The lag behind the West, the poverty, the fear, the political players, the faulty regime, the strengthening of Russian influence, the investments that never paid off, the surveillance, the show trials, the hate campaigns, the pressure to hate a select group of people. We have also had enough of all this now.”

Faith in the Hungarian Youth

Márki-Zay explained that in the spirit of total national cohesion in 1956, his message on October 23 is the message of complete cohesion. “If we all unite and fight the common enemy together, we will be victorious,” he said.

Márki-Zay emphasized the need for a new, democratic nation. A nation, he said, where “the municipalities have freedom, and can represent their residents even against the government if need be. We want a new election law. We want a country where, 32 years after the regime change, everyone is at liberty to view national investigations.”

The leader of the joint opposition said that looking forward, his government would introduce the Euro, strengthen NATO cooperation, and take national corruption allegations to court. He added that under his administration, “Hungary will finally be a country of love, where neither skin color nor origin will determine one’s merit in life.” 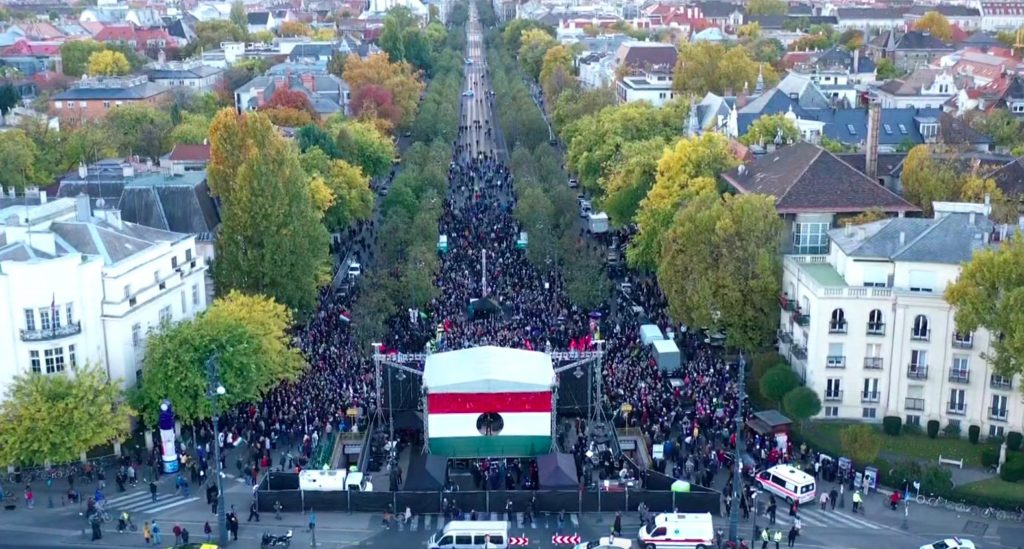 Participants at the United for a Free Hungary! commemoration held by the joint opposition on Andrássy Street. (Photo: MTVA/MTI)

Despite us not having money nor power, the youth are here. With their help our message can reach all citizens around the country, every single Hungarian. We are counting on every Hungarian.”

Márki-Zay concluded his speech by emphasizing that there is no district which cannot be won. “Let us show that from the ditch which Fidesz has sent the country into, the exit is neither right nor left, only up.” 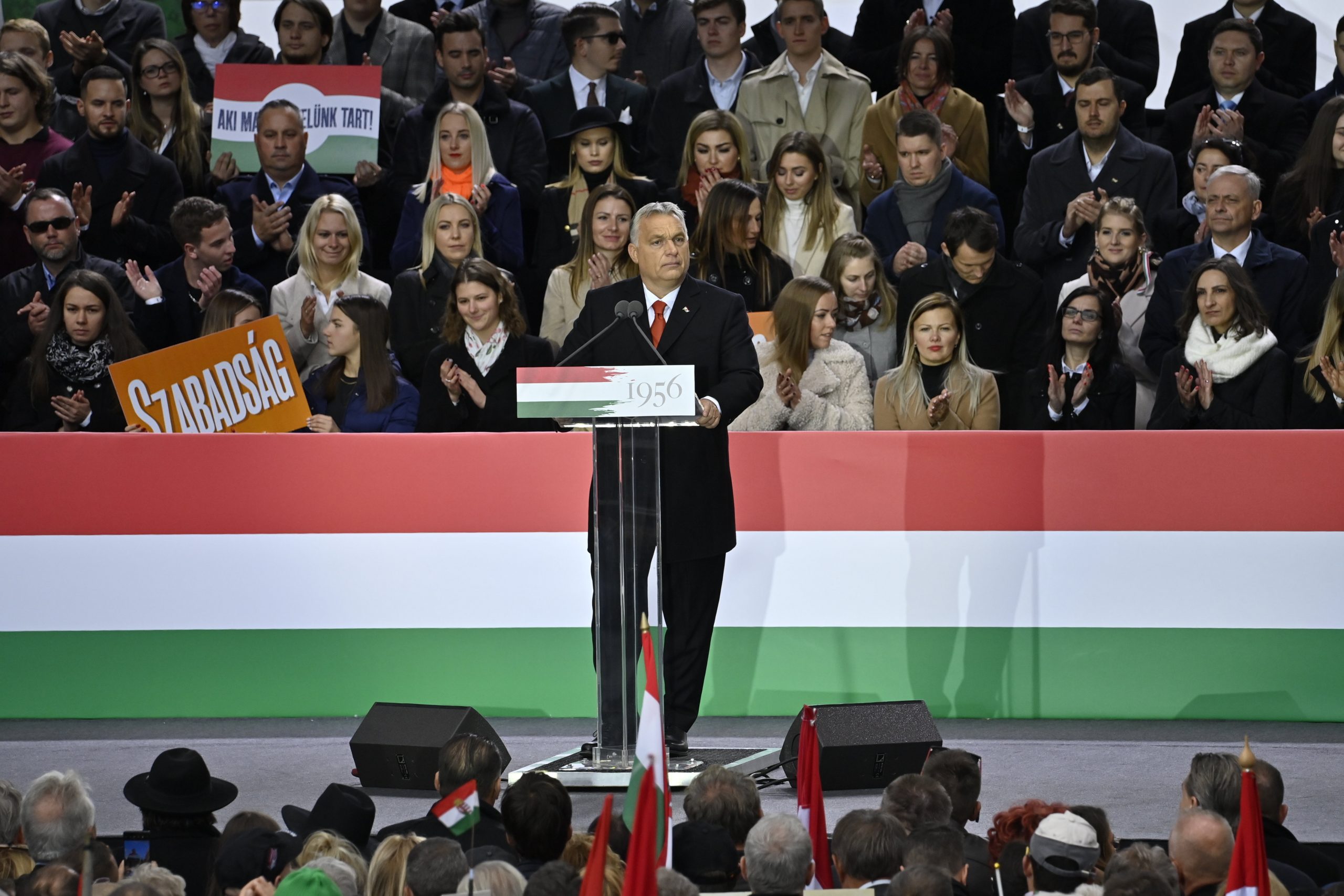 In the featured photo, Péter Márki-Zay, leader of the joint opposition (c), and the former prime ministerial candidates: Gergely Karácsony, Klára Dobrev, Péter Jakab, and András Fekete-Győr at the commemoration named United for a Free Hungary! Held on Andrássy street on the occasion of the 65th anniversary of the 1956 Hungarian revolution. Featured photo by Zsolt Szigetváry/MTI