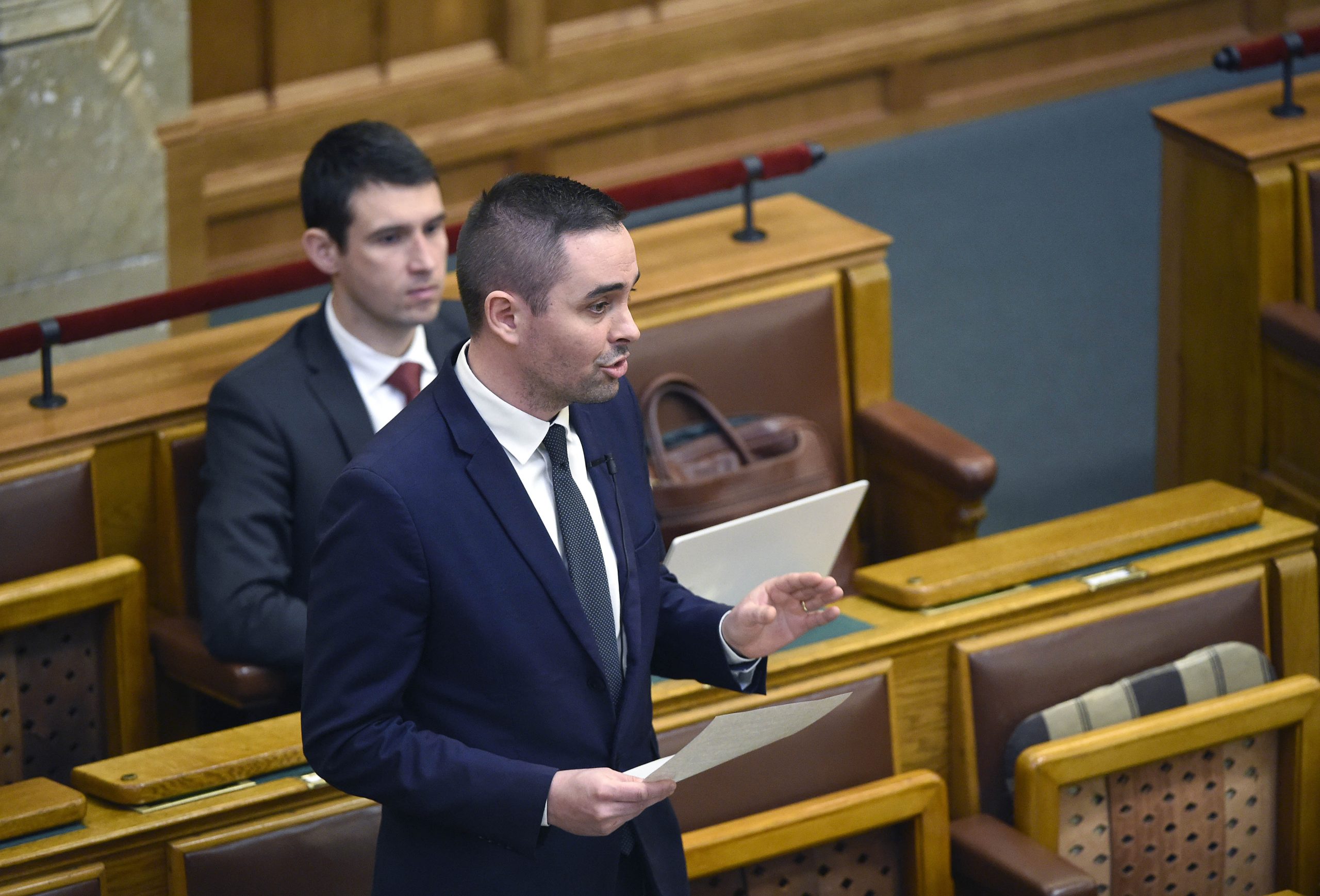 After a Fidesz politician admitted that the government purchased and used Pegasus Spyware, which according to Direkt36‘s investigation, targeted journalists, or gov’t-critical figures, the Israeli manufacturer of the spyware spoke of potential sanctions against the Hungarian government. Meanwhile, the opposition is assessing legal steps and demands consequences.

It broke headlines in July that several Hungarian individuals had been monitored with Pegasus, an Israeli-made spyware, originally aimed at combating terrorism and high-profile crime. While the government had been reluctant to reveal any details on the case up until now, on Thursday evening, following long talks in the Parliament’s Committee on Defense and Law Enforcement, the body’s Fidesz chair, Lajos Kósa, eventually admitted to journalists that the Interior Ministry had bought and used Pegasus. According to him, it has always been used lawfully by the services.

While the Israeli manufacturer insists that the spyware had only been designed to monitor terrorists and criminals, in Hungary, however, it reportedly targeted individuals that are highly unlikely to have fallen into this category: a protesting student, government-critical journalists, opposition politicians, or businessmen. Even government employees were allegedly monitored, if they found themselves critical of certain moves of the Orbán administration.

In the latest update, the Jobbik-delegated president of the Committee on National Security, János Stummer, revealed the number of monitored Hungarians is well above one hundred. According to him, Kósa’s confession did not come as part of some strategy of the governing circles, the Fidesz strongman simply made a mistake. Stummer also declined to reveal or confirm which ministry was the buyer of the software (while Kósa himself said it had been purchased by the Interior Ministry. But according to the comment of a DK member of the Committee on Defense and Law Enforcement, made after the unforeseen announcement, Kósa remembered incorrectly).

The Jobbik politician also said he hadn’t been shown the entire document, only the middle section of the contract, hence his inability to disclose anything on the financial aspects.

Letter to NSO and a potential legal procedure

In addition, the Jobbik politician said he would contact NSO in order to find out details on what NSO means by misuse, how it detects that, and what kind of internal protocols are in place at the company to prevent it. Stummer also wants to know if NSO launched an inquiry into the Hungarian government’s activities and whether it is considering a termination of the contract with the Orbán administration.

Earlier, he promised legal proceedings in the matter. In response to Népszava, he now said that assessments were ongoing whether to press charges against misuse of classified information. If they choose to do so, the law wouldn’t allow a parliamentary committee of inquiry to be set up during this procedure. Therefore, he stated, a potential “trick” is certainly in the cards too, as starting a police procedure could be used by the government to prevent a more thorough investigation for the time being.

“While we cannot refer to individual users under the terms of the contract and security requirements, we can assure you that NSO will not tolerate any misuse of its products. Should such a breach come to light, the company has the appropriate sanctions, including termination of the contract,” the Israeli firm told news portal 24.hu.

Earlier, in response to concerns about the software, NSO CEO Shalev Hulio himself told Forbes that

“those people who are not criminals, not the Bin Ladens of the world—there’s nothing to be afraid of.”

In regard to the information open to the public, NSO has some 60 partners from 40 countries: government bodies involved in intelligence and crime prevention. NSO itself made it clear that they had terminated several agreements with government agencies for breach of contract before. According to an earlier report of the Washington Post, NSO’s cooperation may have been terminated with Saudi Arabia, Dubai, the United Arab Emirates, and Mexico, although nothing has been officially confirmed by the company itself.

In a joint statement, signed opposition members of the National Assembly’s Committee on Defense and Law Enforcement and the Committee on National Security, the opposition said it would initiate the publication of the contracts of Pegasus spyware once again.

“If Lajos Kósa and the governing parties’ representatives won’t sabotage the meeting, we will propose the establishment of a fact-finding committee of inquiry for the third time, the declassification of the Pegasus contract, and the possibility to inspect the contract,” according to their statement.

In addition, the opposition parties’ bombardment continued after Kósa’s unanticipated Thursday announcement. According to Momentum MEP Anna Donáth, Fidesz led the country from a fake voting booth revolution (an expression PM Orbán used after their landslide victory in 2010) to mass surveillance.

Besides arguing that the government betrayed Hungarians, the centrist-liberal politician also urged for a Europe-wide ban on cyber weapons. “It is time to act on an EU level. Time to ban the trade of cyber weapons at the EU level.

Because yes, they can kill, and dictatorships well do it. We haven’t gotten there yet in Hungary. But we have gotten to the point where the Hungarian government can monitor anyone with virtually no control. And they even boast about it, thus building a system of fear. Let’s not leave it at that.”

The topic was brought up in the (at this moment ongoing) plenary of the National Assembly. According to leftist-green Párbeszéd’s co-chair “we know what you’re doing, but it’s a very hot pie. You know that your power is coming to an end, and you are afraid of that, and that is why you are going down the darkest Putinist path, you want to character assassinate the opposition. But beware: there are more people in this country who want a change of government,” Tímea Szabó said. According to the government, everything has happened legally.

featured image: János Stummer in the Parliament; via Noémi Bruzák/MTI