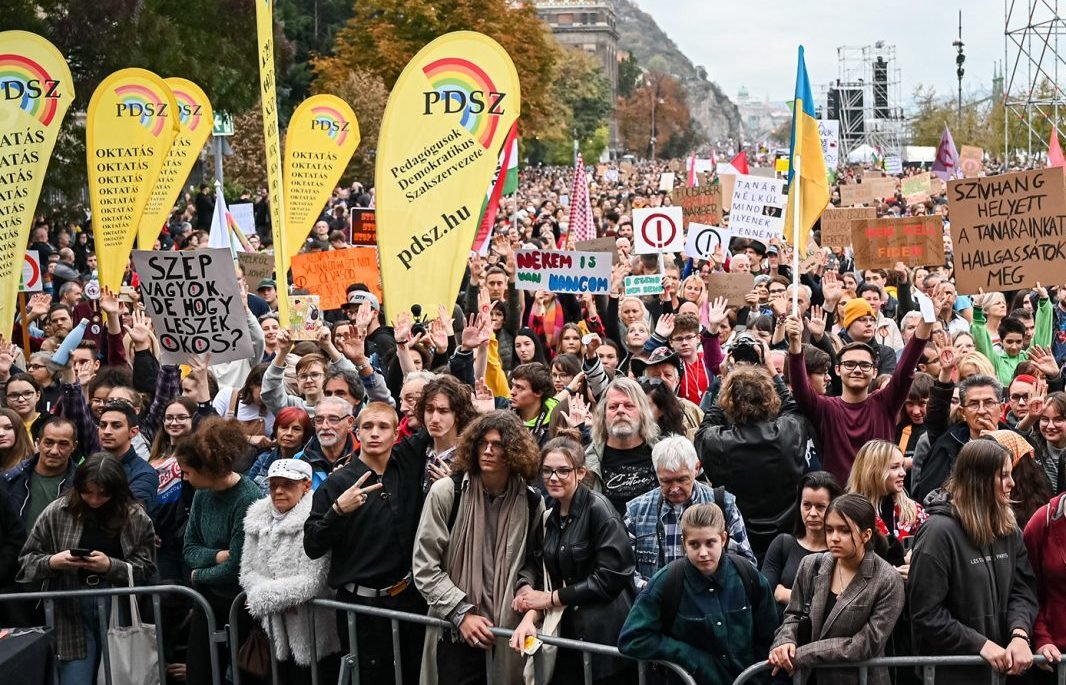 The Ministry of the Interior has launched a consultation on education, which parents of school children can fill in. Questions include the quality of education, grades, but also that of the politicization of teachers’ salary demands.

Only recently launched, the number of responses to the Ministry of Interior’s education consultation has already reached 44,000 families. Parents are being notified of the consultation on a continuous basis over several days via the schools’ electronic system called KRÉTA.

The Ministry will ask parents of all Hungarian pupils about, among other things, the time spent on homework, school assessment, private lessons, behavior problems in class, school art and sports facilities, extra-curricular activities, etc. Filling in the questionnaire is voluntary and anonymous.

One of the questions in the consultation asks parents about teachers’ increasing willingness to involve students in their protests over pay raises. In Hungary, there have been ongoing protests and civil disobedience actions by teachers demanding higher wages for several weeks now.

While their salary demands enjoy a wide support among citizens, the Hungarian left and political NGOs have recently taken an active role in the demonstrations, which has given them a clearly political and anti-government color.

One widely criticized action was when the ADOM Student Movement and the Democratic Union of Teachers organized a demonstration called “Solidarity demonstration for our teachers,” on October 23, a national holiday remembering the 1956 anti-Communist uprising. The Hungarian opposition seemed to have taken the lead in the protest, their politicians actively joining the demonstration. Moreover, members of the political lobby group Amnesty International also showed up in yellow vests and acted as event organizers. 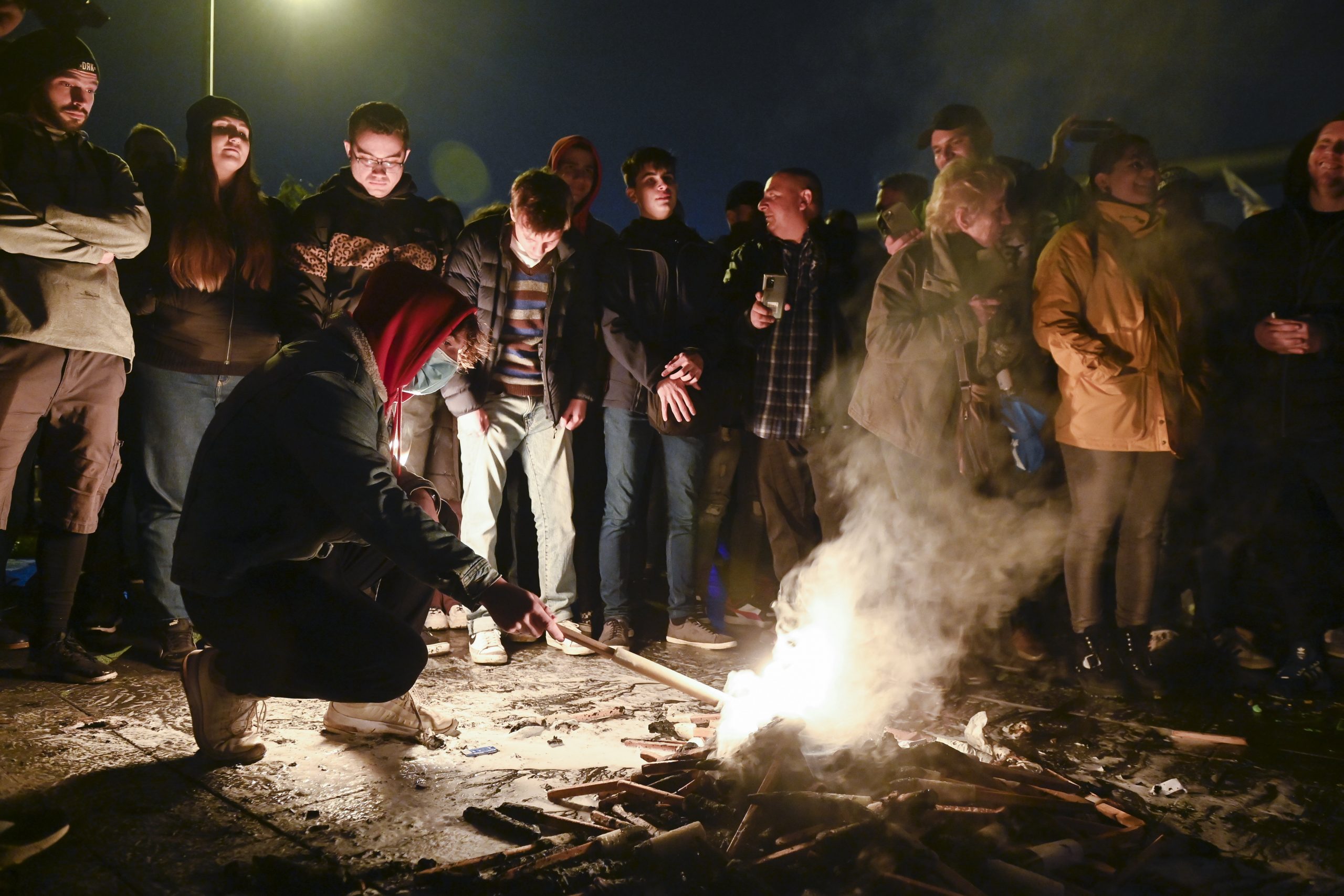 Ákos Hadházy, an opposition politician called on the demonstrators to blockade the building of MTVA.Continue reading

The actions have been ongoing ever since, with an increasing number of teachers standing up for their demands in many institutions, but in the meantime the whole movement has turned markedly political. Anti-government activists have been speaking at the demonstrations with students among them, chanting anti-government slogans.

It is safe to say that students are increasingly getting involved in political activism.

There are videos circulating on the internet of teachers singing Mi vagyunk a Grund, which has become an iconic song of the protests, surrounded by pupils. On Monday, students at the Janus Pannonius High School in Pécs in southern Hungary, signaled their support for teachers and their protest against the state of education by organizing a day-long sit-in. Meanwhile, 12 teachers in the same institution took part in a civil disobedience action by refusing to teach. Those participating in similar actions have in the past been penalized by education authorities. 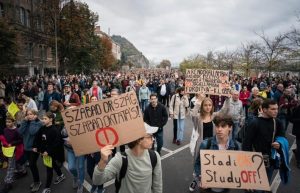 Young students participating in one of the demonstrations with signs of a political nature saying: “Free country, free education.”

The aforementioned high school in Pécs was not the only one where students decided to demonstrate. On December 1, most of the classes at the Bródy Imre High School in Budapest were canceled, as teachers protested together with the students. It is estimated that 200 students participated in the demonstration.

However, many parents disagree with the involvement of their young children, who are clearly impressionable.

They now have the opportunity to voice their dissatisfaction through the Ministry of Interior’s survey. They can also express their opinion regarding the quality of education. The ministry is asking as many people as possible to take advantage of this opportunity by December 15 and fill out the consultation.