Palóc Soup – The Little Brother of Gulyás – with Recipe! 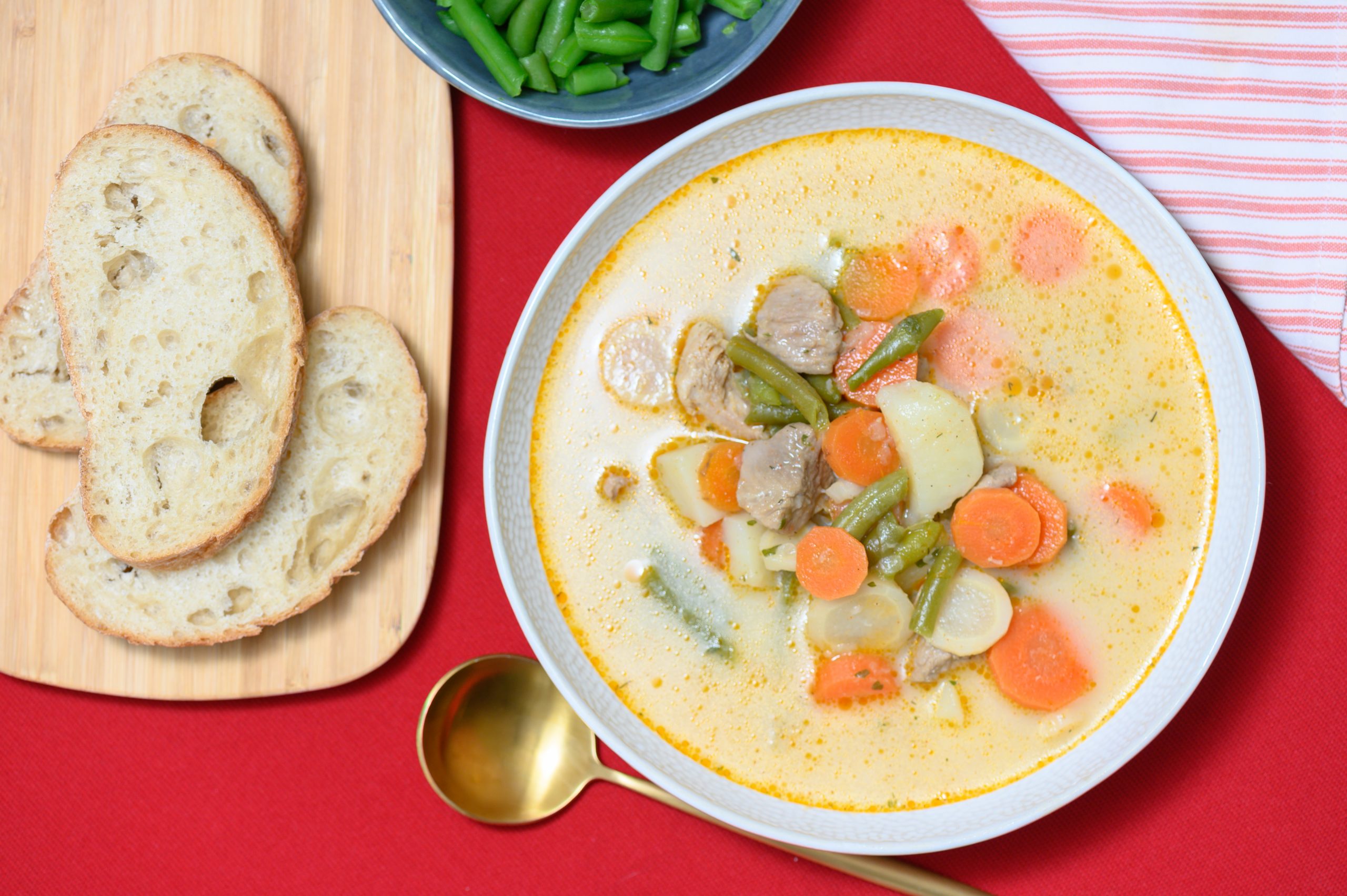 With a name like Palóc soup, one may rightfully think the dish has a connection to the Palóc people, but in all honestly there isn’t much correlation.

As is the case of so many iconic Hungarian foods, Károly Gundel is the father of Palóc soup, at least in name. After all, it’s well known that the restaurateur of the nation did not even know how to cook. Hosting guests, however, was a field he definitely specialized in, and even this soup is tied to a very famous guest: writer Kálmán Mikszáth.

According to legend, Gundel prepared this soup for Mikszáth’s birthday back in 1892, when the writer asked for a unique soup. Furthermore, he asked his host to surprise him with a soup which he had never eaten and which “encompasses every flavor of Hungarian cuisine into itself.” Mikszáth really liked the soup, and asked for seconds immediately, leading to the expression of “two-bowl Palóc soup.” 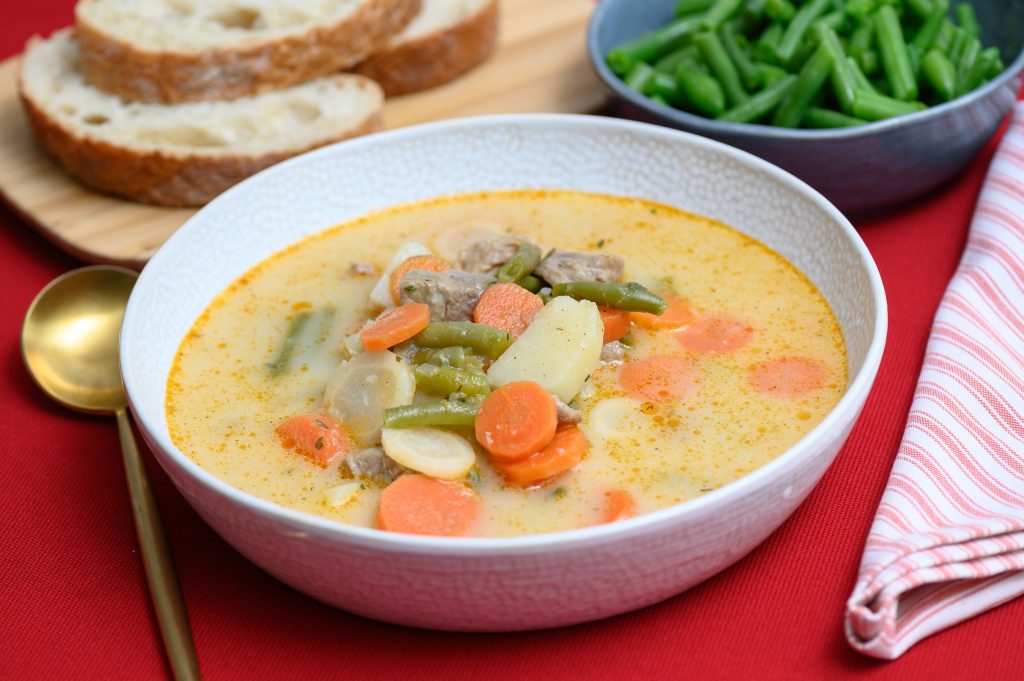 Gundel picked up the Palóc name as he often heard that the writer was referred to as the greatest Palóc, and unlike Mór Jókai, Mikszáth did not want a soup named after himself.

The original version is prepared from lamb, but for this recipe we have chosen a more popular and easier to access ingredient: pork. You may of course choose to use beef as well, nowadays that version is completely welcome.

Clean and chop up the vegetables and pork.

Cook the onion and garlic on the cooking fat until it is glassy, then add the pork and let it cook together for a bit. Add the paprika, then once it has been stirred in, pour in some water. Add salt, pepper, the dill and the parsley, then cook the soup for half an hour.

Add the carrots, potatoes, and water. Cook until it is almost entirely done, then add the green beans in the last ten minutes.
Prepare a frothing from the flour and sour cream, then thicken the soup with a heat equalization method. Cook it all together with the freshly ground spices. 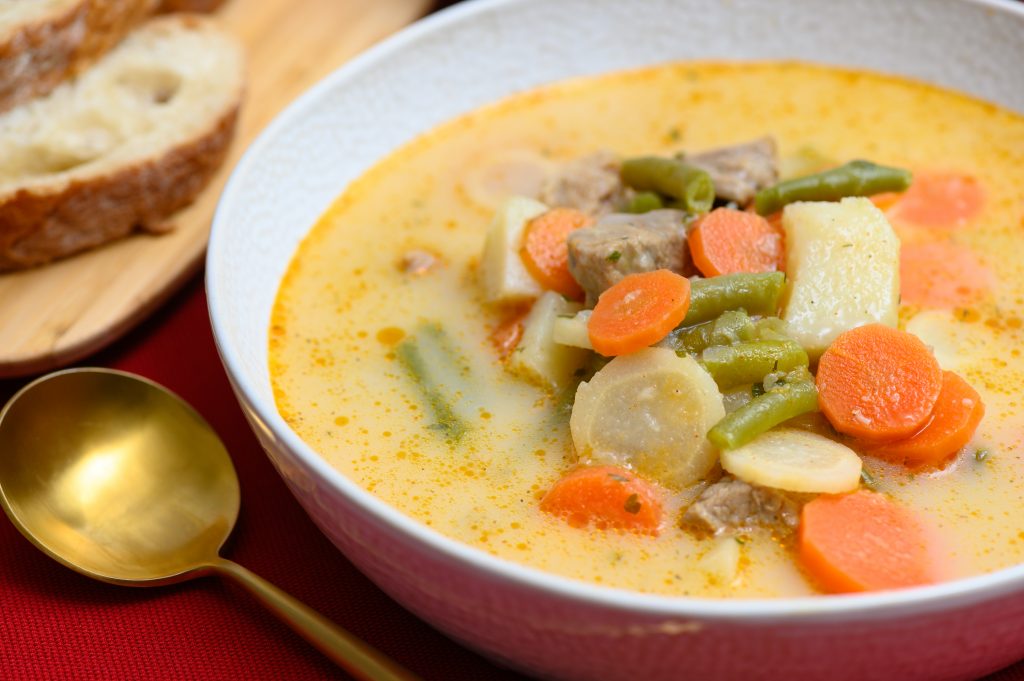