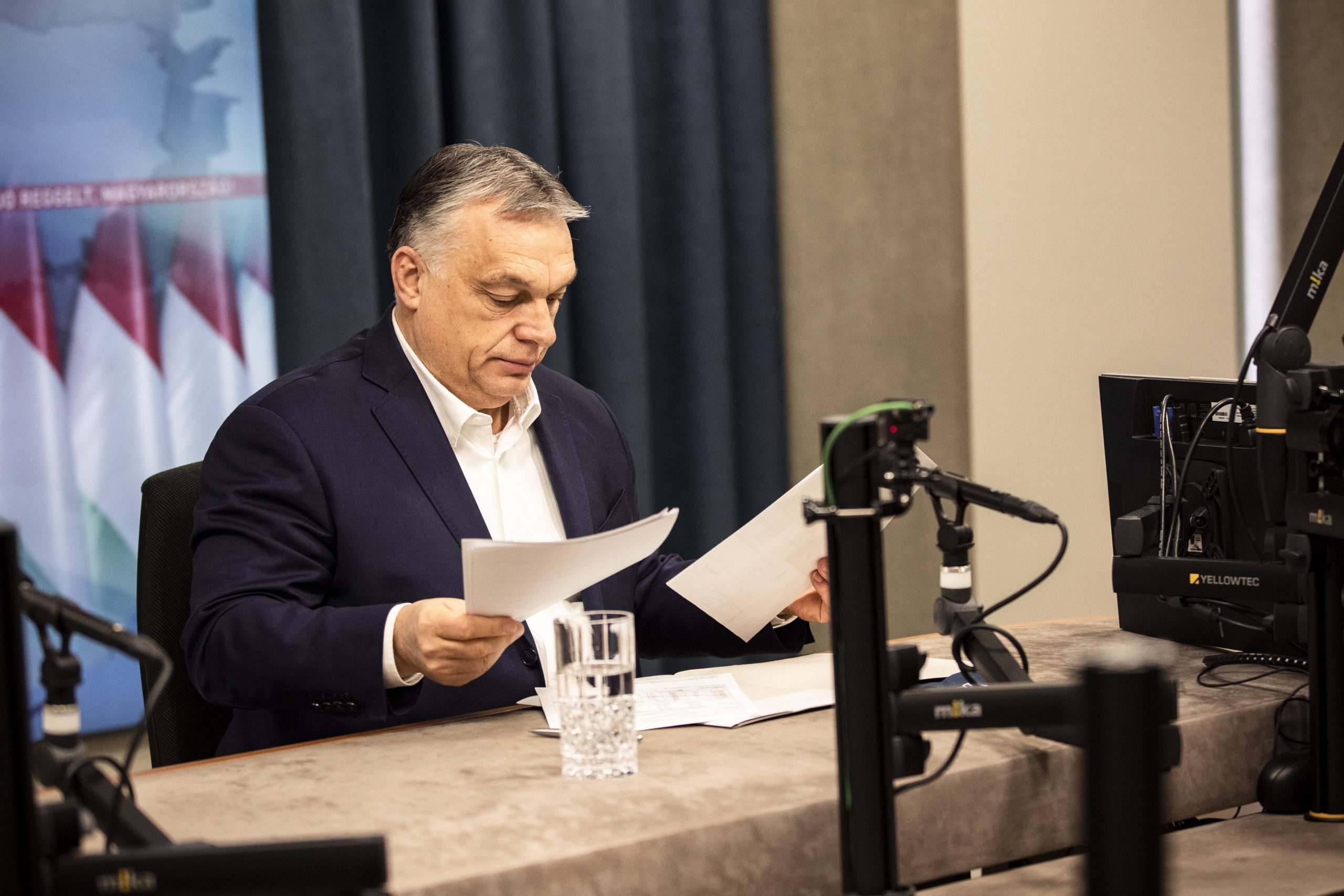 Hungary is deep in the fourth wave of the coronavirus pandemic, with “the hard part still to come”, Prime Minister Viktor Orbán said in his regular weekly interview on public radio on Friday, adding that “the only thing that ensures protection is the jab”.

Those that are not inoculated are in “mortal danger”, Orbán said, but warned that the unvaccinated “pose a danger not only to themselves but to all others”. He warned that restrictive measures could not provide protection against the virus, just slow down its spread among the population.

Four to six months after the second shot immunisation will decrease, and it is justified to take a booster, he said. “If everybody were inoculated, there would be no fourth wave or it would be just a small one,” the prime minister said. With everybody inoculated there will be no fifth wave, he said, adding that “we cannot avoid that everybody should be inoculated at the end of the day”. “In the end even the anti-vaxxers will realize that they either get the jab or die,” he said, and noted that next week 101 hospitals would offer the vaccination with no prior registration to anyone turning up.

People against vaccination could be convinced that they have no more reason to distrust coronavirus vaccines than the ones they received in childhood, such as against mumps or measles, the prime minister said.

Orbán said that health experts were expected to determine “around December” if children between 5-12 could be inoculated and in case of a positive answer parents would have an opportunity to vaccinate their children.

Hungary currently has 10 million doses of vaccine, sufficient to provide “not only booster jabs but fourth shots to everybody”, Orbán said.

On another subject, the prime minister said that “nobody is happy” with a recent ban introduced in law enforcement and health services preventing staff from quitting their jobs, but argued that “now we have a situation in which certain positions must not be abandoned”.

Orbán said that the infectious diseases hospital in Kiskunhalas would not currently be reopened unless “some bigger problem occurs” or if other hospitals become overcrowded.

In another development, Orbán said that well above 80 percent of Hungarians welcomed the recently introduced cap on fuel prices.

Orbán said “we are in a fight with the Left about reducing public utility fees” recently expanded to include fuel prices. “Changing petrol prices has been left to the market so far and it is best if the government does not need to interfere but there are certain situations when government involvement becomes necessary,” Orbán said.

“One must not sit idly when prices go sky high”, and when all experts project prices to remain high for a longer period, a government reaction is needed, he said. High fuel prices not only affect the cost of driving but also make their way in other prices, he added.

Calculations have been made about what the market can tolerate and the result was 480 forints per litre, so “we stepped on the break there”, Orbán said.

The Left has always called for market-based utility fees but “we say that there should be fixed prices and not market prices in areas belonging to the subsistence of households”, he said.

“When the market cannot resolve problems, we need to interfere, keeping in mind that this can only be a temporary measure,” Orbán said.

A government decision could be made next week about “rescuing small businesses from the weight of higher utility fees” so that they, too, could get the lower prices, Orbán said.

Commenting on the lower than expected GDP growth, he said negative developments in global economy, especially disruptions in supply chains in car manufacturing, prevented Hungary from achieving 7-8 percent growth, or even 10 percent. At the same time, Hungary’s good economic performance enables offering personal income tax exemption to people under 25 next year and paying a full 13th month pension in mid-February to pensioners, he added.