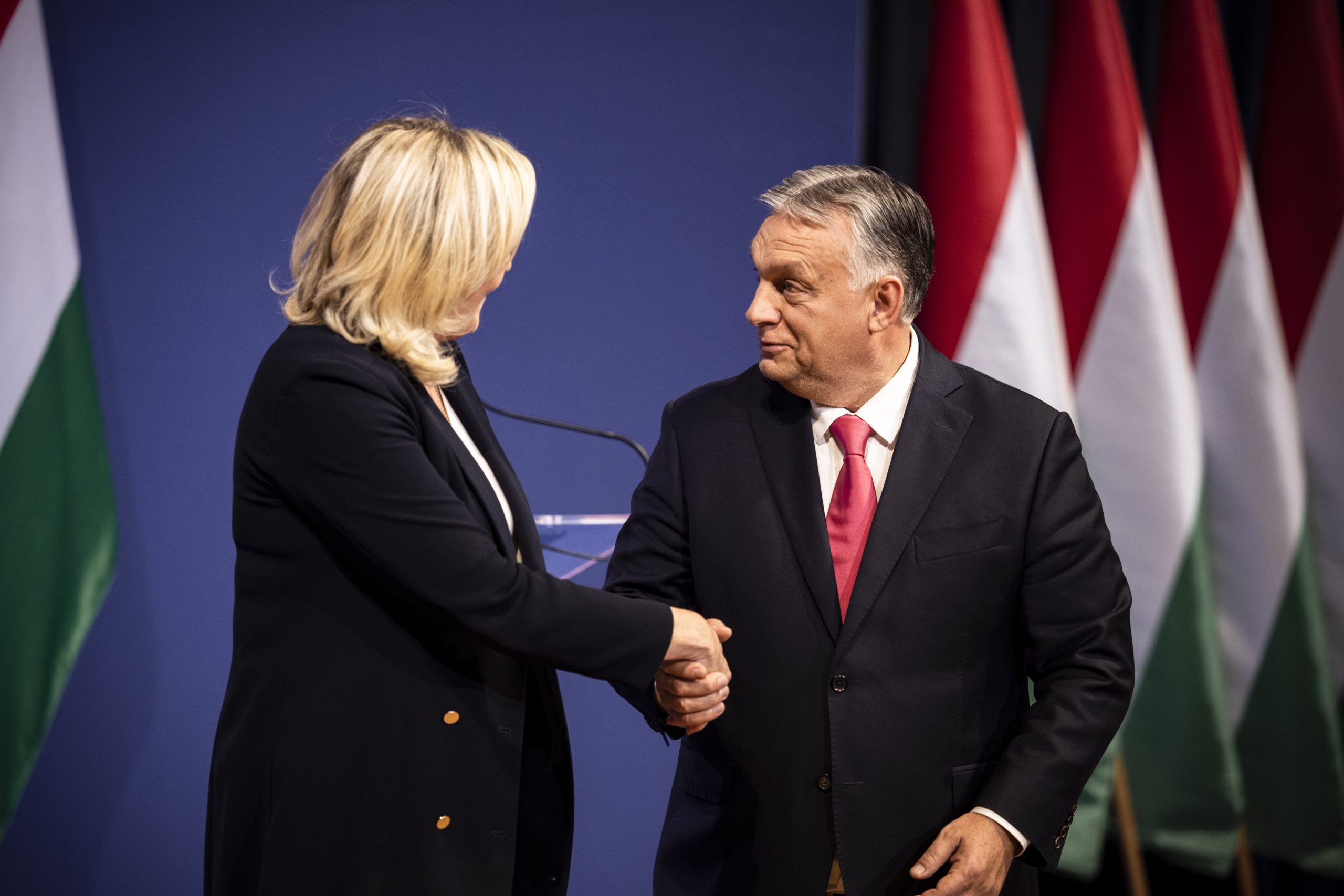 A left-wing commentator remarks that Marine Le Pen has tried to repair her party’s hitherto poor image as an antidemocratic force, while on the other hand Prime Minister Orbán is doing the opposite – seeking new allies on the far right, after leaving the more centrist European People’s Party. A pro-government columnist rejects the view of a Socialist MEP that Orbán is teaming up with an unpalatable politician.

Background information: the Hungarian Prime Minister received the leader of the French National Rally (formerly called National Front) on Tuesday after previously refraining from establishing contact with her, in order not to harm his relations with his traditional ally, the Republicans (the former Gaullist party). Both criticised trends within the European Union to transform it into a federal state. Orbán said that after leaving the People’s Party, Fidesz is now “single”, and intends to build a new conservative alliance in Europe.

In Népszava, Mária Gál acknowledges that Le Pen has been successful in getting rid of her party’s image as an anti-Semitic and racist organisation, but insists that the National Rally is still considered to be outside the mainstream consensus. Gál sees the two leaders as intent on building a new Europe which would ‘fundamentally differ from everything the European Union represents’. She believes, however, that it is highly unlikely that they will manage to unite the two rival right-wing groups within the European Parliament in the short run at least. The two Italian right-wing leaders, Matteo Salvini and Giorgia Meloni who are both rivals and allies at home, are competitors in Europe as one belongs to one grouping, and the other to the other group. The commentator remarks that Orbán is on good terms with both and will meet Meloni again in the near future.

In Magyar Nemzet, Tamás Pilhál vituperates against Socialist MEP István Ujhelyi who accused Prime Minister Orbán of jeopardising national security by teaming up with Ms Le Pen, whom he accuses of being a sworn enemy of the European Union and who in his view is planning to destroy it. Pilhál retorts that Le Pen is the leader of a democratically elected parliamentary party in France which has an order of magnitude higher number of voters than the French Socialist party. The pro-government commentator quotes a comment by a reader who suggests that Ujhelyi would do better to concentrate on switching off the lights in the Socialist party (MSZP) headquarters on the not-too-distant day when the party ceases to exist.