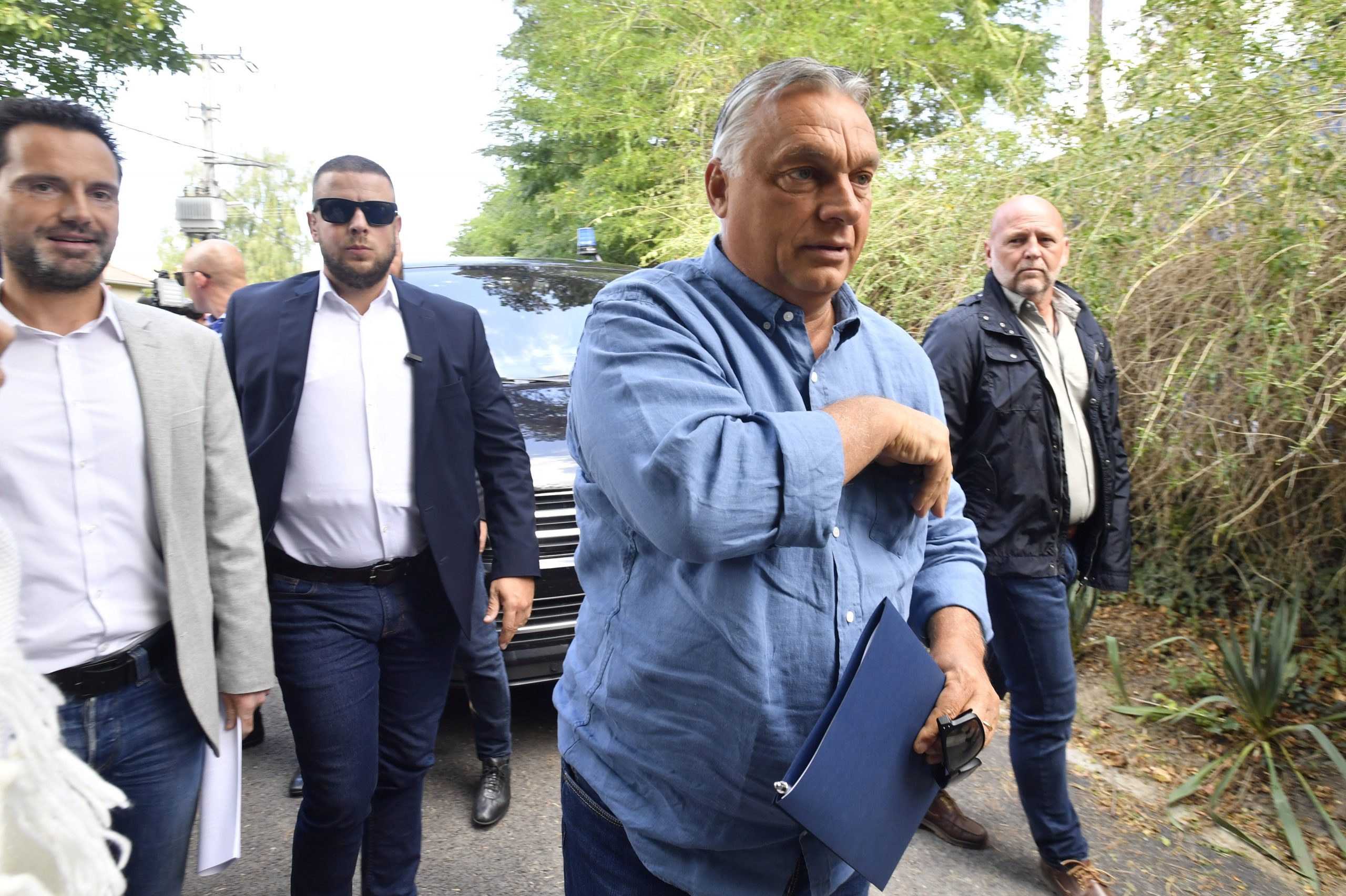 “Our strategy is: we win, they lose,” Prime Minister Viktor Orbán quoted former U.S. President Ronald Reagan regarding the upcoming Hungarian parliamentary election in 2022 at this year’s Civic Picnic in Kötcse near Lake Balaton on Sunday. He also spoke about the current political situation in Europe, the upcoming German parliamentary elections, and his dinner with George Soros in 1992.

According to private broadcaster ATV, Orbán said during the event that Hungary has a strong interest in remaining in the EU, but eurozone membership is not desirable. Although the government is better than the opposition in all respects, he said, next year’s parliamentary election still poses a risk, as interference from abroad may be possible. The 2022 election, he said, is about continuing the “Hungarian vocation,” following former U.S. President Ronald Reagan’s Cold War strategy of “we win, they lose.” According to the prime minister, political stability in the Carpathian Basin is particularly important, as the region has revolved around its axis several times in the past 100 years since the Treaty of Trianon, with major historical changes.

The Civic Picnic in the municipality of Kötcse near Lake Balaton has been held since 2004 in the presence of conservative politicians, as well as public figures together with their families. Every year, among others, Prime Minister Viktor Orbán gives a speech. Last year the event was canceled because of the coronavirus. It is important to mention, however, that the Civic Picnics are private events. This means that any reporting about it can only come from second sources.

In the competition of the world economy, China has already defeated the United States, and it is no longer a question of who will be second since Europe has no chance against the United States. In this regard, Orbán mentioned the “two-front jihad” of rule of law and green ideology, which he believes are more important for Brussels than the fight against debt and the quest for competitiveness.

Although in Western Europe Christian-based politics has already come to an end, there is still a chance for it in Central Europe, he said. This is one of the aims of the “Hungarian vocation” and the “Hungarian mission.”

If a social-democratic left turn were to occur in the German federal election on September 26th, socialist economic policies and social policies promoting aid, tax increases, and LGBTIQ propaganda would return.

Dinner with George Soros in 1992

Orbán also spoke about his dinner with U.S. billionaire George Soros in Budapest in 1992. According to the prime minister, Soros told him then that after the liberals had defeated the communists together with the conservatives, it would be time to defeat the conservatives. Marxism, however, has not come to an end, but the liberals have joined forces with the leftists so that they can no longer be called democratic, Orbán added.