Prime Minister Viktor Orbán, in a letter to European Council President Charles Michel, has proposed leaving the European Union’s latest sanctions package against Russia off the agenda at a meeting of the council to be held at the end of the month.

Orbán said in his letter that if approved, the sanctions would immediately cause severe disruptions to Hungary’s energy supply, undermining the country’s energy security interests, Bertalan Havasi, the PM’s press chief, told MTI.

Orbán said the sanctions would cause a 55-60 percent increase in fuel prices at a time when energy prices are already at a 40-year high. Neither Hungarian households nor the Hungarian economy can withstand such a price shock, he added.

Hungary is still heavily dependent on Russian energy imports despite the fact that large-scale investment projects aimed at diversifying the country’s energy sources and routes have led to a decrease in Russia’s share in Hungary’s supplies from over 90 percent in 2010 to 64 percent in 2021, Orbán said.

“Due to our geographical situation, phasing out Russian oil for Hungary is not possible without a complete rearrangement of our refinery capacities also requiring increased and accelerated investments in our energy infrastructure and a speedy green transition,” Orbán said. He warned, at the same time, that since most of those investments could not be financed on the basis of the market, the sanctions would require diverting national resources to redundant fossil investments “while relevant funding from the European Union for us is only available on paper”. 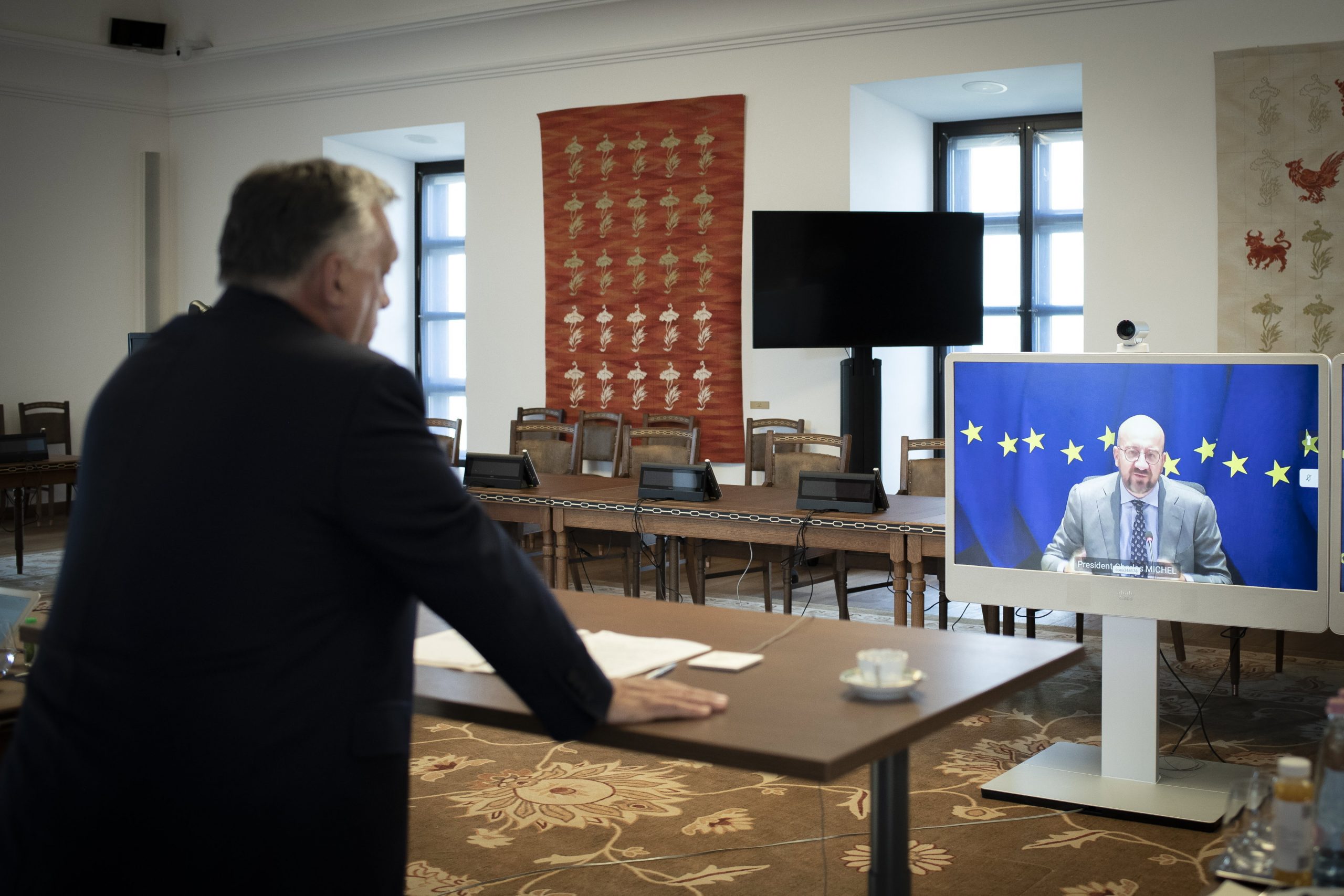 In the latest update, European leaders have already begun considering an oil embargo without Hungary.Continue reading

He said that though there had been encouraging signs from the European Commission that the REPowerEU Plan would provide a satisfactory solution to the problems facing the bloc, “the plan presented on May 18 fails to specifically and comprehensively address the serious concerns we have raised”.

He said that according to the Hungarian government’s interpretation, one of the main objectives of the REPowerEU Plan should be to rapidly reduce the EU’s dependence on Russian fossil fuels. As regards the security of oil supply, the plan does cover the modernisation of petroleum product refineries, the expansion of the capacity of the existing infrastructure and the tackling of existing bottlenecks, the prime minister said. He added, however, that the plan did not set a financial framework for landlocked member states. Neither does it provide any guidance for the methodology and scheduling for the financing of the urgent investment needs related to replacing Russian oil, Orbán said.

“We believe that it is crucial to clearly distinguish short-term investment needs related to the reduction of Russian energy dependency from the longer term transition to renewable energies,” Orbán said. He emphasised that this was crucial for member states like Hungary, arguing that “the two cannot be achieved at the same time without putting our energy security at serious risk”.

Orbán added that Hungary considered it crucial for the EU to make funding available for investments in transitional technologies and infrastructure. He said Hungary believed it was unclear to what extent and under what conditions REPowerEU would support such measures.

Orbán said that putting the EU’s Recovery and Resilience Facility (RRF) at the core of the REPowerEU Plan raised “serious problems for Hungary”, as the possibility to use RRF loans for reducing energy dependence was not equally accessible to all member states.

EC President von der Leyen has described the proposed plan not only as a shifting away from Russian energy, but a “speed charging of our European Green Deal.”Continue reading

The prime minister said the measures proposed for reducing dependence on Russian energy posed the most challenges for central and eastern European countries “due to their historical determinations and geographical situation”.

Orbán said that applying the original RRF allocation key, which had been designed to assist member states whose economies were most impacted by the pandemic, “would in fact have the adverse effect” of diverting resources from the member states that needed it the most.

Orbán noted that Hungary had backed the EU’s first five sanctions packages against Russia and had cooperated with the EC in finding a solution to its problems concerning the sixth package. “We are committed to continuing our discussions with a pragmatic and result-oriented approach,” he said.

Hungary is not in a position to accept the sixth sanctions package until a solution is found to its issues, Orbán said. “Solutions must come before sanctions.”

The prime minister said that “looking at the gravity” of the unresolved issues, it was “very unlikely” that a comprehensive solution could be found before the special European Council meeting on May 30-31.

“I am convinced that discussing the sanctions package at the level of leaders in the absence of a consensus would be counterproductive,” Orbán said, arguing that it would only highlight internal divisions without offering a realistic chance to resolve differences.

“It must remain our priority to maintain the unity of the European Union,” Orbán said, concluding his letter.