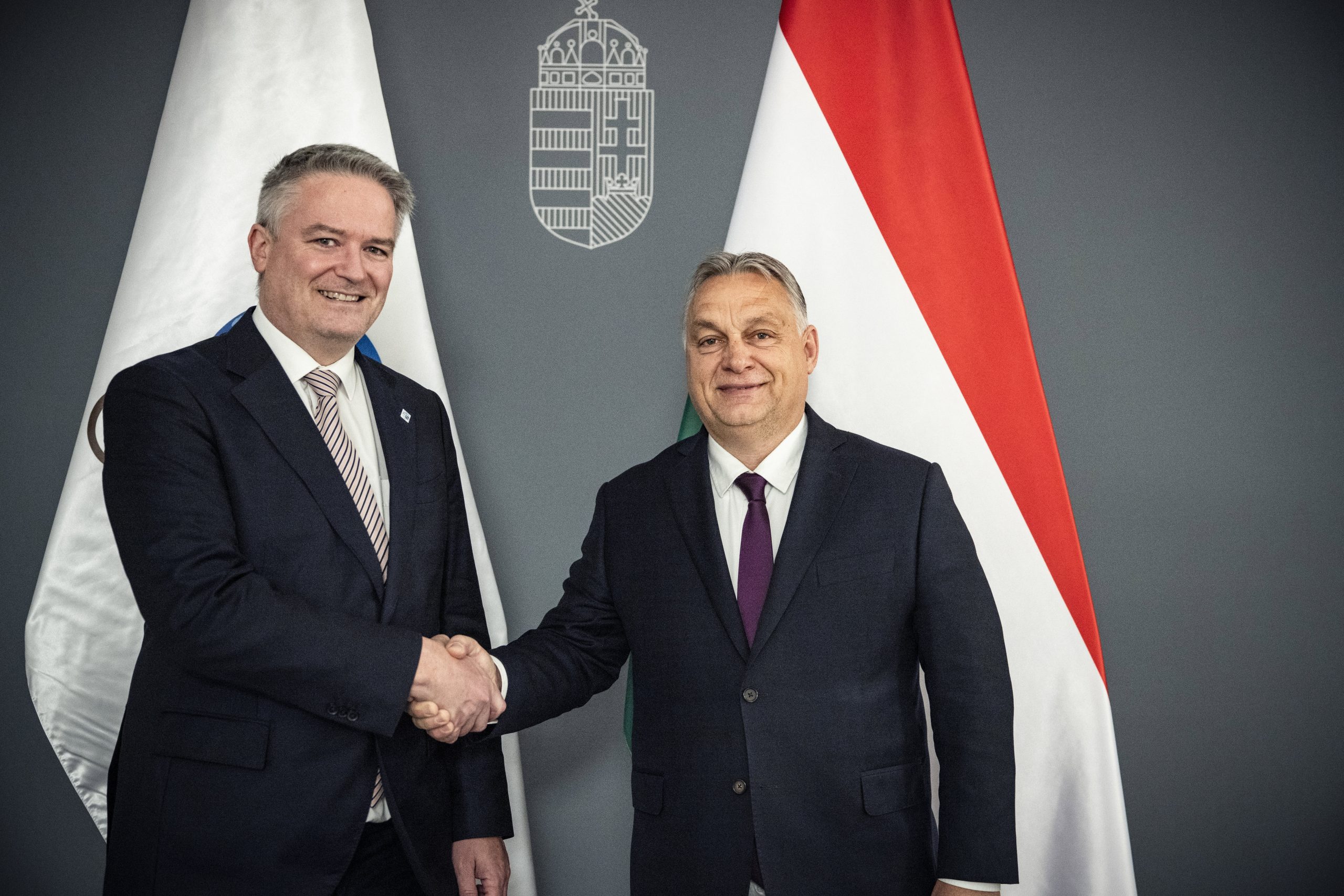 Prime Minister Viktor Orbán held talks with Mathias Cormann, head of the Organisation for Economic Cooperation and Development (OECD), in his office on Monday, the PM’s press chief said.

Cormann is on an official visit to Hungary at the invitation of Finance Minister Mihály Varga, who also attended Monday’s meeting.

State secretary for financial affairs Gábor Gion said in an op-ed in the pro-government daily Magyar Nemzet on Monday that the OECD secretary-general’s visit was an “excellent opportunity” for the Hungarian government to express its views on the most important issues and learn about the coming economic challenges. Gion highlighted climate change and the transition to a carbon-neutral world as two of the most critical issues following the economic recovery.