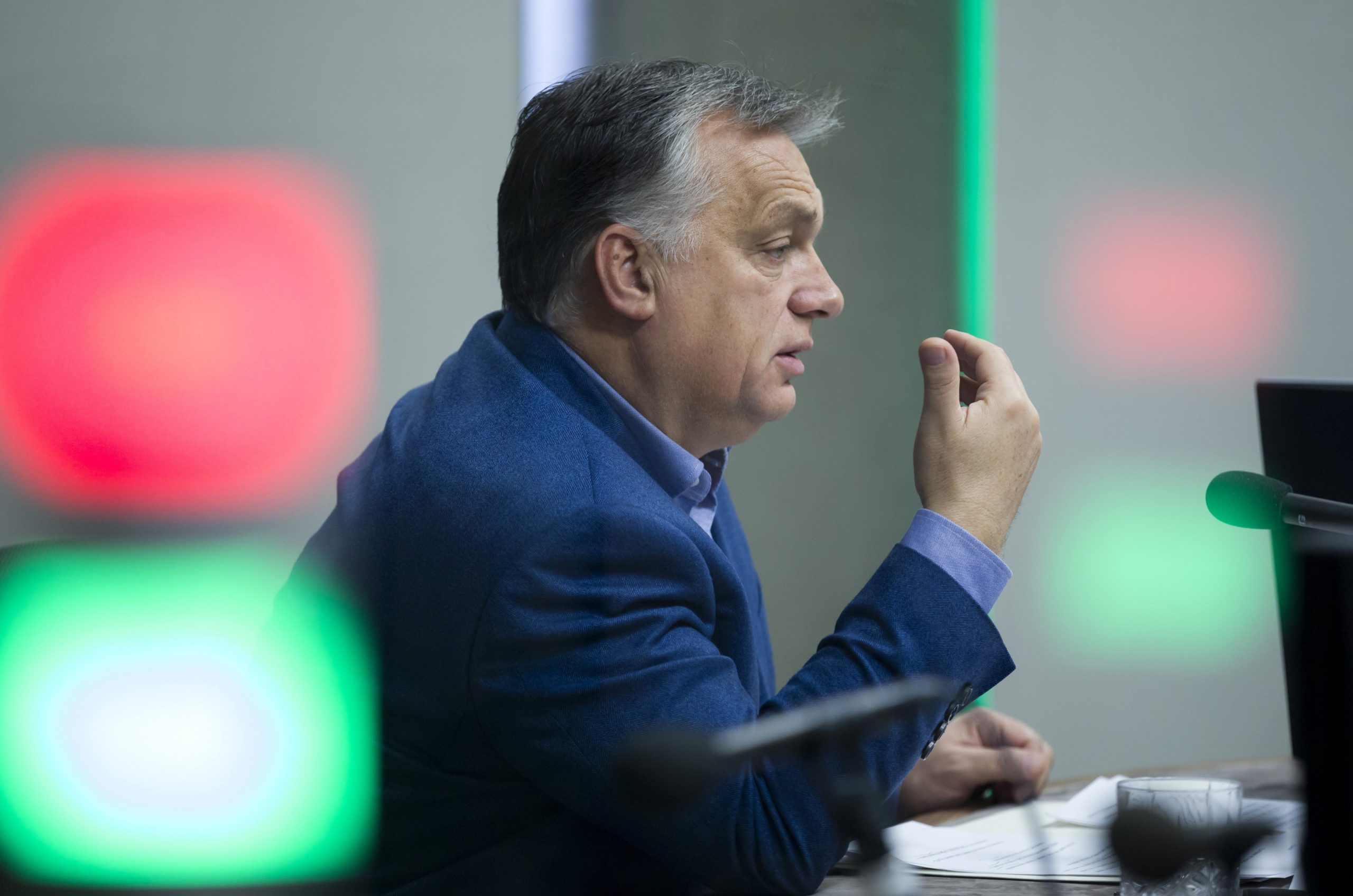 “Brussels has attacked Hungary,” Prime Minister Viktor Orbán said in his regular interview on public radio on Friday, adding that was why a referendum concerning child protection was necessary.

Orbán insisted that in a document sent to the Hungarian government the European Commission demanded that Hungary change its child protection laws.

Although family and child protection laws are a national competency, Brussels has “put enormous pressure on us”, Orbán said. “They will blackmail, threaten, and launch infringement procedures, delay payments, but we cannot give in because the future of our children is at stake,” he said.

Orbán said that “the government alone will not be strong enough in that fight; we need support from every Hungarian”. He said that “it was like that in the case of mandatory migrant quotas, the government in itself could not resist, but Hungarian voters protected the whole of Europe against a mandatory distribution of migrants”, he said.

According to Orbán, Brussels “wants us to allow LGBTQ activists in schools, and the European Commission thinks that some rights at school will precede parental rights”. The European Union expects it to “contribute to the fulfillment of the ideal of European freedom” but “children are not part of the freedom of adults and this is not an issue of freedom but of child protection”, the prime minister said. “They want to take the education of children away from us,” he insisted, but added that “things may be different in Western Europe but the education of Hungarian children is up to Hungarians.”

Orbán rejected allegations that the government was aiming to divert public attention from other issues by way of the referendum, saying that the vote could be held in January or February next year. He encouraged voters to participate because “staying away is boycotting the vote and leaving it to the majority to decide”. He also said that the aim of the referendum was “to protect the law” already in place, “therefore a boycott has no point”.

Concerning the Pegasus case Orbán said that the interior minister “has already said everything there is to be said”.

On another subject, Orbán said that the government had decided to set up its own post-pandemic recovery fund within the state budget’s economy protection fund and pre-finance projects that would be paid for by the European recovery fund.

Hungary is entitled to the recovery funds, Orbán said. “They can delay them, but can’t withhold them, so the government has decided to pre-finance the programmes that Brussels has already approved,” he said.

“We’ll pay for those projects whether we get money from Brussels or not,” Orbán added.

In another development Orbán said that the fourth wave of the coronavirus pandemic had started in Western Europe, adding that Hungary “will also be a part of it”. He insisted, however, that Hungary, with 55 percent of its population fully inoculated, was one of Europe’s safest countries in that respect. He added that Hungary was the first country in Europe that will be offering booster Covid shots from August 1. The health service is encouraging the unvaccinated elderly to get the jab, while a vaccination drive will also be launched at schools for kids over 12 before the school year starts, he said.

Concerning the Tokyo Olympics, the prime minister said that if the games were held in Hungary “they would be played under regular circumstances”.