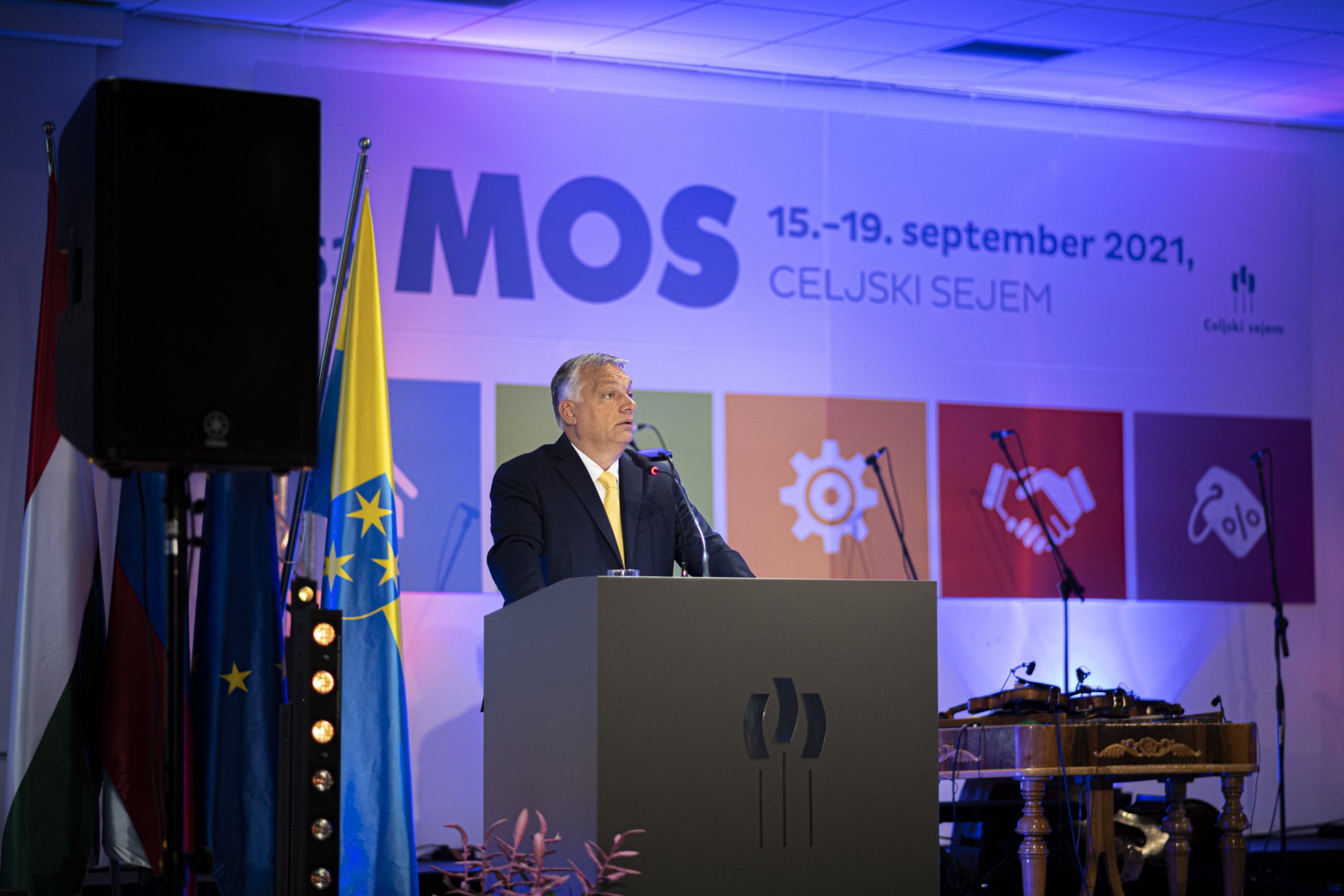 The countries of central Europe are emerging faster from the economic crisis caused by the coronavirus pandemic than the rest of the continent because they have a strategy, have preserved jobs and have pursued developments without reducing their capacities, Prime Minister Viktor Orbán said in Celje on Wednesday.

Addressing the opening of the 53rd Celje International Trade Fair, Orbán said the timing of central Europe’s recovery “couldn’t be better”, arguing that the global economy was on the brink of a new era of which both Hungary and Slovenia could be winners. Hungary is prepared to continue its “fruitful cooperation” with Slovenia, he said, adding that a total of 26 Hungarian companies were represented at the fair.

Orbán said cooperation between Hungary and Slovenia was more effective now than at any other time in the past.

“The pandemic has turned our lives upside down,” he said. “It caused not only a health crisis but also a serious economic one.”

An estimated 114 million jobs have been lost to the crisis worldwide, investments plunged by 42 percent and the global trade volume is down by more than 5 percent, Orbán said. Also, hundreds of factories have had to be shut down, major multinational corporations have been forced to reduce their capacities, he added, noting that the crisis had forced fundamental changes in all segments of the global economy.

The prime minister said the beginning of the new era of the global economy would involve fierce competition for the redistribution of production capacities. Factories, he argued, were not being reopened in the same countries where they had closed.

Investors are looking for new and promising destinations, he said, adding that Hungary was also in the race to attract them. The countries and regions that held their own during the crisis were the ones best positioned in the competition for investments, Orbán said. Hungary and Slovenia are two of these countries, he added.

There needs to be a new balance between East and West, as well as between nature and technology, the governor of Hungary's central bank said.Continue reading

The prime minister said Hungarians had never seen Slovenia as part of the Western Balkans. Hungarians consider the region that extends from the Baltic coast of Poland to the Adriatic Sea as “a large central European economic region”, Orbán said. He said it was this economic and cultural region that guaranteed the security of the countries located in it.

Orbán said this was clear from Slovenia’s economic indicators from the first half of the year. He praised the government of Janez Jansa for creating the conditions for Slovenia’s quick economic recovery.

Hungary and Slovenia’s cooperation has undergone a dimensional shift over the recent years, Orbán said. Since Prime Minister Jansa took office, “Slovenian-Hungarian ties are again based on mutual respect, which benefits both nations,” he said. 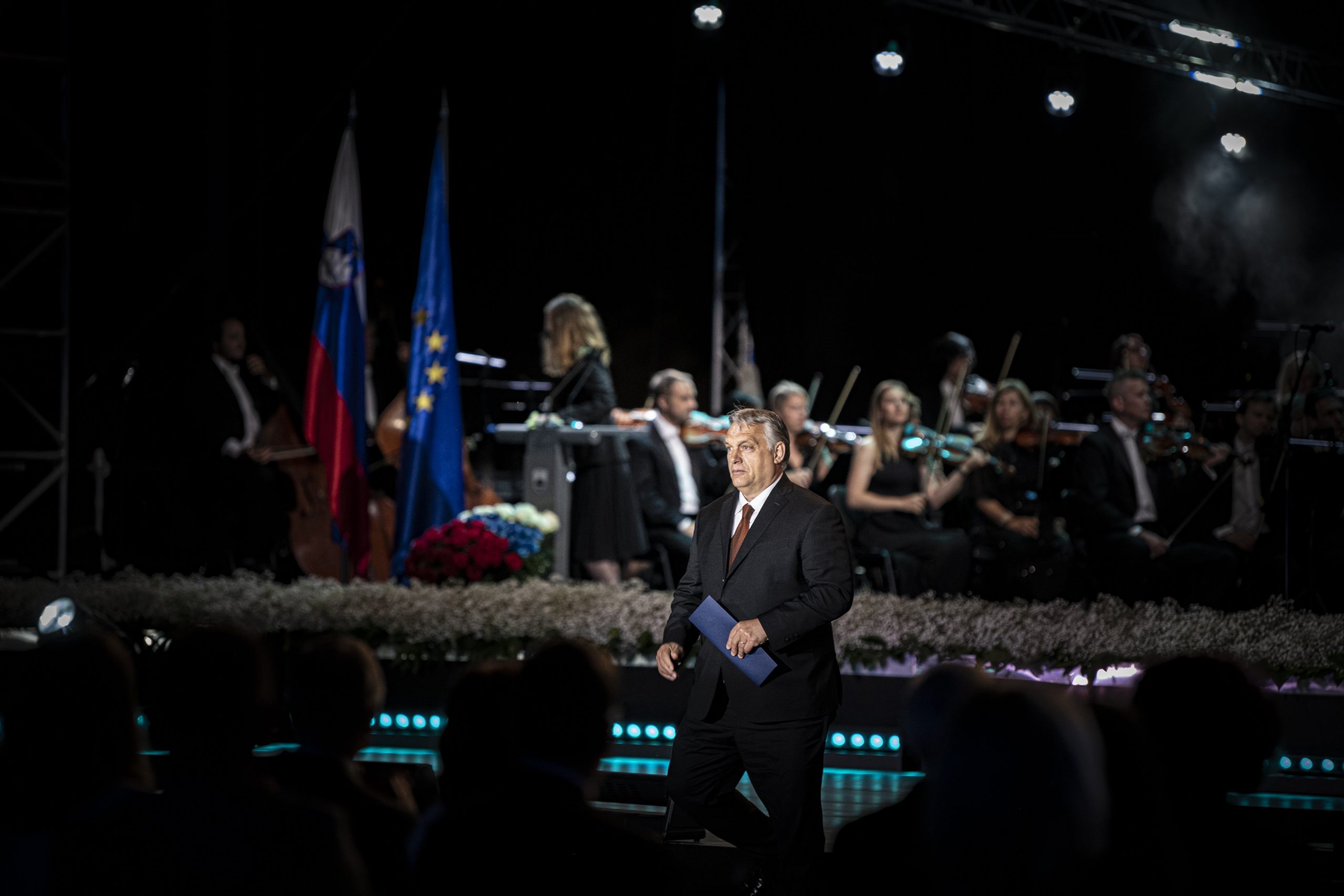 Orbán was in the Slovenian capital to mark the 30th anniversary of Slovenia's statehood and its upcoming Presidency of the Council of the EU.Continue reading

Orbán said trade turnover between Hungary and Slovenia was expected to reach a record high this year. Although Hungary has a negative trade balance with Slovenia, an increase in the trade volume is still in Hungary’s interests, he said.

The two countries will link their power grids by mid-2022 and they have set up a joint fund for developing their border regions, he said. Hungary and Slovenia are also building an international test corridor for self-driving vehicles, Orbán said, adding that Hungary was prepared to link its gas pipelines with Slovenia. Hungary’s biggest companies have also established a presence in Slovenia’s banking and fuel sectors, he noted.