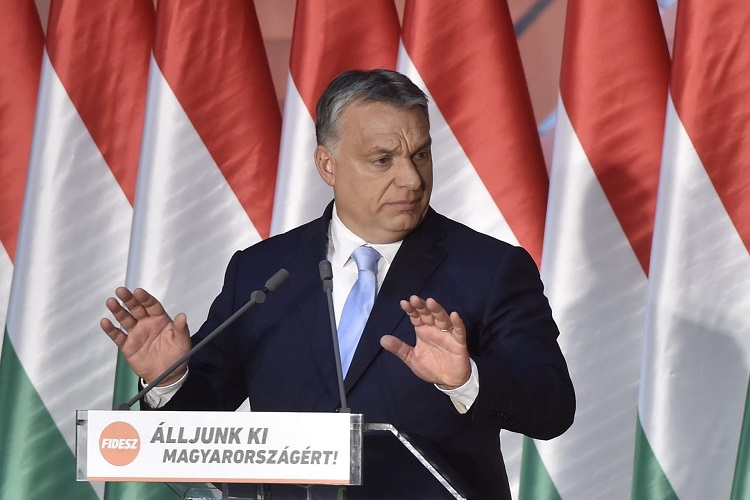 Prime Minister Viktor Orbán warned against “the return of the Gyurcsány era” at a meeting of the Fidesz and KDNP (Christian Democrats) parliamentary group.

According to the online edition of the daily Magyar Nemzet, the prime minister and leader of ruling Fidesz opened the group meeting in Esztergom, in northern Hungary, on Wednesday evening, by telling lawmakers about the tasks lying ahead in the coming months in preparation for next spring’s general election.

Orbán is already in campaign mode and is expecting the same from his fellow politicians, Magyar Nemzet said.

“The opponent we need to defeat again is the same old one; the one we managed to defeat once already, in 2010. This time, it is not a new left that is preparing to govern here, but the Gyurcsány era wants to return,” Orbán said, referring to the head of the Democratic Coalition, Ferenc Gyurcsány, who headed a Socialist government between 2004 and 2009.

“Whoever has doubts should only look at Budapest, with [Budapest Mayor Gergely] Karácsony in the limelight, and Gyurcsány’s people in the cash box in the background,” he said.

Orbán also talked about the ongoing battle with Brussels over migration and its “LGBTQ propaganda”, cautioning lawmakers that “the situation is dangerous, threatening our children and grandchildren, and our future”. “This is the last minute for us to avoid this trap and protect our children,” he said.

Orbán asked lawmakers “to be honest and straight with Hungarians” and tell them that attacks by Brussels had been mounted against Hungary because “having rejected migration, it also dared to say no to LGBTQ-propaganda”, Magyar Nemzet said.

After Hamilton, another racing star, Sebastian Vettel, joined in the verbal feud.Continue reading

Regarding the coronavirus pandemic, Orbán said “the vaccines work, Hungary works”. Hungary was sthe first country to make booster shots available for its citizens, he noted. Fewer than one percent of those inoculated contract the virus, and very few of them need hospital treatment, he added.