Second Round of Primaries Underway with 78k Voting on First Day

The second round of the primary elections started on October 10th and on the first day, already 78,000 people cast their ballots. The second round is about choosing the joint opposition’s candidate who will challenge incumbent prime minister Viktor Orbán next year.

After the first round concluded, three candidates remained for the second one: leftist Klára Dobrev, green-social democrat Gergely Karácsony, and conservative Péter Márki-Zay. For days, Karácsony and Márki-Zay were in talks with each other and reportedly they debated many options and scenarios before coming to a decision: they wanted to run jointly, then separately, neither stepping aside. Finally and surprisingly, second-placed Karácsony announced on Friday that he would withdraw in favor of third-placed Márki-Zay.

The green-leftist politician asked his supporters to back conservative Péter Márki-Zay as Prime Ministerial candidate in the second round of the opposition primaries. Continue reading

This means that people can either vote for Márki-Zay or Dobrev.

Klára Dobrev, who has won the first round, is part of the Democratic Coalition party (DK). She is an economist, a lawyer, and the Vice-President of the European Parliament. She is also the wife of controversial former prime minister, Ferenc Gyurcsány. Some say that because of this, she is not likely to win against Orbán because she is an easy target since many people still regard the Gyurcsány administration’s record as disastrous. This is also the opinion of Márki-Zay and Karácsony, who at the same time emphasize her good qualities. András Fekete-Győr, the outgoing president of the Momentum party agrees, and his party supports Márki-Zay as well.

Péter Márki-Zay, who finished third in the first round, is the mayor of Hódmezővásárhely, also a historian, economist, marketing specialist, and electrical engineer. He is conservative, religious, and has seven children. He and Karácsony agree that since his values are similar to what Orbán and Fidesz propagate, he might be a more difficult target but also a more attractive option for centrist and moderate right-wing voters. This is the reason they ask even the supporters of DK to vote for Márki-Zay. Márki-Zay is the president of the Everybody’s Hungary Movement (MMM), which is not a party but a movement to help the primaries that include all parties and it originally was established to have one mayoral candidate against the candidate of the ruling party in as many cities and villages as possible.

Although there are fewer places to vote in the second round, a record number of voters turned out to cast their ballots on the first day. There were 63,223 people who voted in person, and 15,389 who voted online. This means that a total of 78,612 people voted on Sunday. 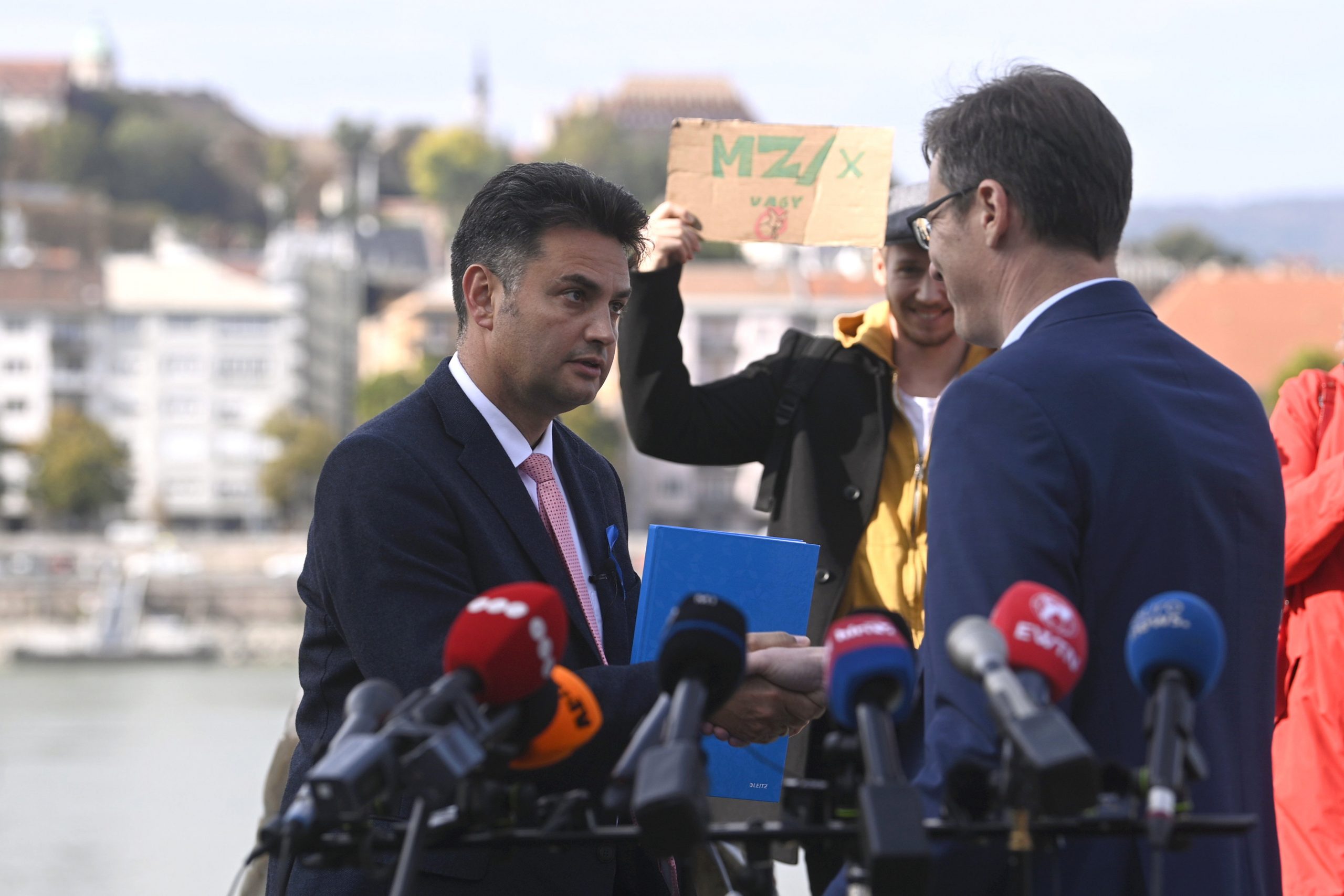 A pro-government commentator claims that whoever becomes Prime Minister if the opposition wins the elections, that person will have to do what the DK says. A liberal columnist believes integrating conservative Márki-Zay and his supporters into the opposition camp ‘may be the key to victory’.Continue reading

The second round started six days later than originally planned and will last for seven days. As the second round will only elect a candidate for prime minister, the Civil Electoral Committee has abolished the constituency requirement, meaning that opposition citizens can vote at any polling station in the country. Due to the cold weather and the shorter voting period, fewer polling stations will be open in the second round, but the online voting system has increased capacity for those who don’t wish to vote in person, according to the Primaries 2021 Facebook page. Although there were some reported difficulties with it; according to the opposition, there were two Distributed Denial of Service (DDoS) attacks yesterday, similar to the one that caused the system to shut down in the first round.

Opposition voters have until Saturday, October 16th to vote for the joint opposition’s prime ministerial candidate for the 2022 general election.