Left-wing green opposition party Párbeszéd’s co-chair and MP, Tímea Szabó, will turn to the Strasbourg EU Court after the House Speaker handed her a record fine nearing HUF 10 million for her protest against China’s Fudan University’s arrival to Budapest.

Back on June 15th, Szabó put a Chinese flag with a Fidesz logo on it on the outside of the lectern from which she was speaking. She was protesting against Fudan University‘s arrival (a hot topic at the time), with her party’s other leader, incumbent Budapest Mayor Gergely Karácsony taking a leading role in the protests against the Fidesz government’s move, which in their view would be completed at the expense of the Student City project.

For her actions, House Speaker László Kövér fined her approximately HUF 9.7 million (EUR 27,000), equal to four months of her salary as a member of parliament. The record punishment was later voted in by the National Assembly’s Fidesz-KDNP majority, too. 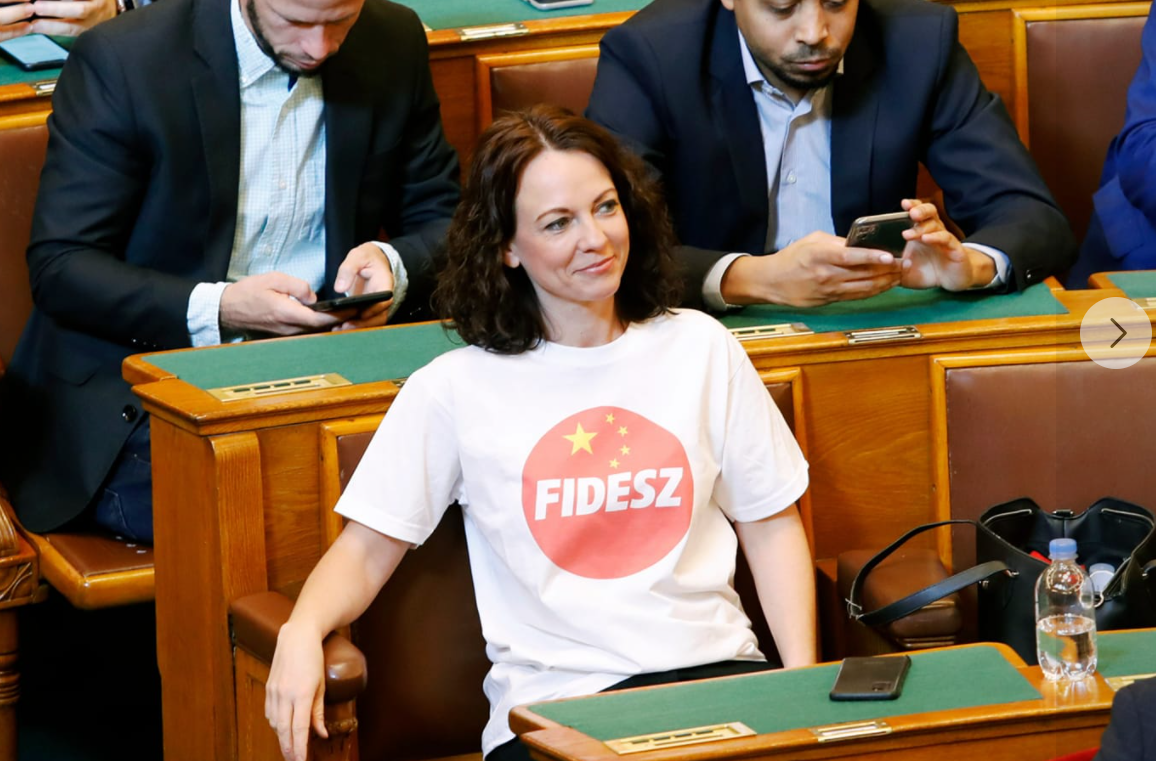 "No matter how much the 'janitor' punishes me, I will fight against Orbán & Co turning our country into a Chinese colony, then, now, and in the future!," she commented the situation.Continue reading

Szabó now told tabloid Blikk that she will take her case to the European Court of Human Rights (ECHR), and she is confident about the victory. The Strasbourg court has previously ruled that the House Speaker’s fines violate opposition MPs’ right to freedom of expression.

She also insisted that she wasn’t scared at all and the Fidesz-member Speaker is very much mistaken if he thinks that this will discourage her from standing up for justice. Whatever punishment he imposes on her, she and her party will continue to fight, she said.

She will be fined for five consecutive months, meaning that she will only receive the minimum wage during this time, which amounts to HUF 167,000 (EUR 465). She admitted that she needs to tighten her belt now, but she won’t complain, as they don’t live large anyway, and there are many families out there who have to get by on even less income than that.

Tímea Szabó said that many people have already helped her, and Párbeszéd has also received small donations to put towards her fine.