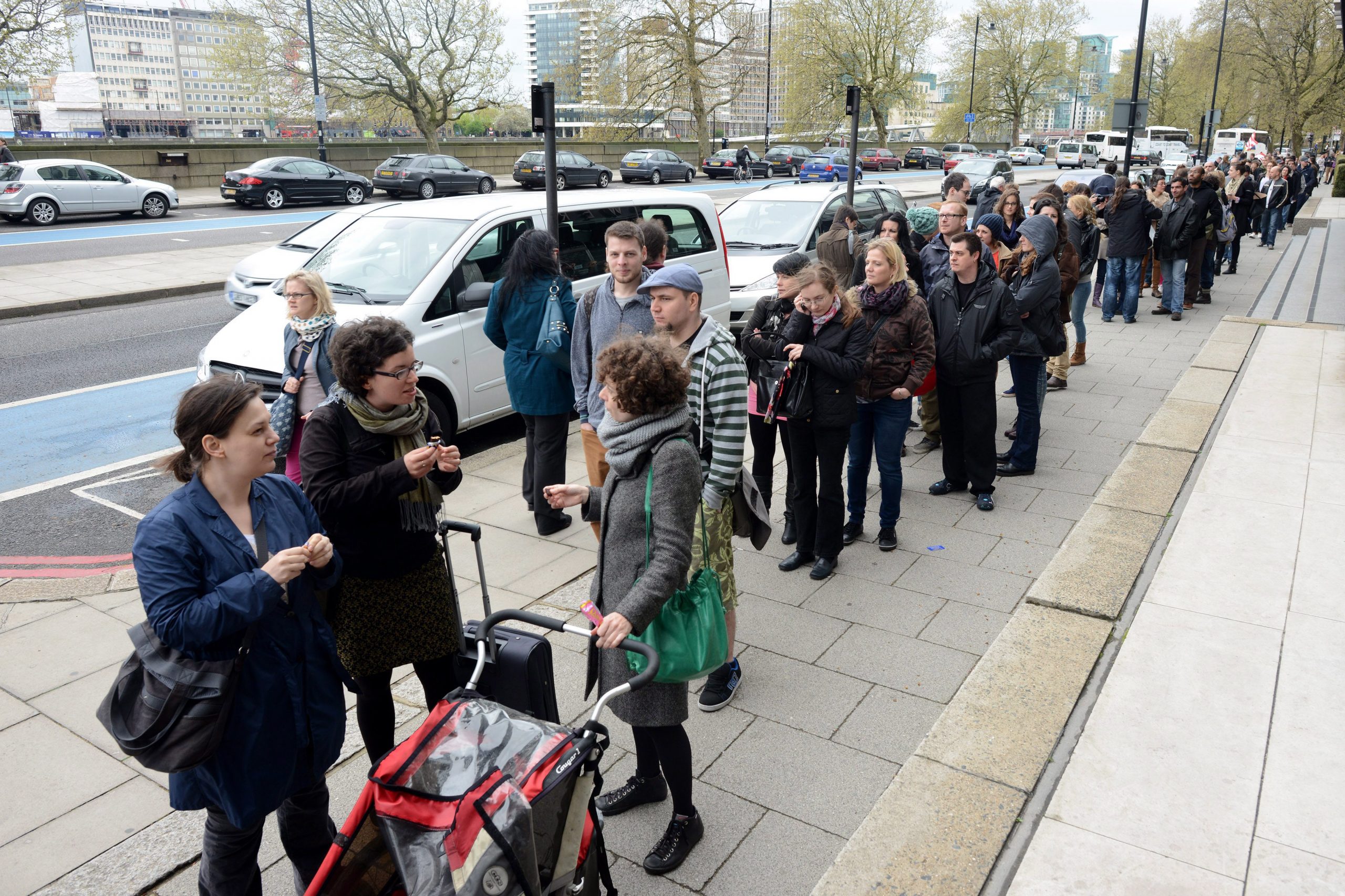 Hungarians working in other countries but who still have Hungarian residency have to go to an embassy to be able to vote, which often involves long travel and wait times. As many of these people tend to be critical of the ruling alliance, the Orbán administration is seemingly not putting much effort into settling the situation, unlike the opposition, who went as far as announcing a charter flight for those wishing to come home for the elections.

Only three polling stations for 155,000 potential voters in the UK

Only 146 polling stations will be opened on April 3 for Hungarians who have emigrated abroad, meaning that many will have to travel hours to vote and/or wait in long lines at the embassies. In the case of Germany, only five foreign representations (Berlin, Düsseldorf, Munich, Nuremberg, Stuttgart) will be open to vote.

While more than 155,000 Hungarians live in the UK, they can only cast their votes at three embassies: in London, Manchester, and Edinburgh. Certainly, this means long travel times for many. In 2018, several reports hit the news about queuing voters, mostly in front of Hungary’s embassies in the larger cities, such as in London. Reportedly, there were several people who were even sent home without actually being able to vote at all.

Attila Nagy, president of the National Election Office, announced in mid-January that they were not willing to organize more polling stations and that they would deal with the issue after the elections.

In contrast, ethnic Hungarians living off the borders (in Romania, Slovakia, etc.)- those without a Hungarian address – may vote by mail, without having to travel at all (although they can only vote for the national lists, while those who live abroad but kept their Hungarian address may also cast their ballots for the candidates in their constituency).

Many argue that these aspects certainly serve the ruling forces’ interests as, on the one hand, an overwhelming majority (both in 2014 and 2018, the ratio of mail votes cast for Fidesz-KDNP’s list exceeded 95%) of ethnic Hungarians off the borders support Fidesz-KDNP.

On the other hand, those who intentionally chose to leave Hungary are more critical with the ruling forces, a tendency which has been confirmed by several recent surveys.

Analysis: More would vote if polling stations were closer

According to the estimations of Momentum-linked 21 Research Center, in 2018 some 300,000 were working abroad, and only 52,000 cast their ballots. This year, they are approximated to around 415,000, meaning that some 80,000 would cast their ballots within similar circumstances than four years ago.

But, if they all had to travel less than one hour to the polling stations, this number would increase to 184,000, according to the think tank’s estimations. And this would be running at even higher levels, to around 234,000, if they could vote by mail, similar to ethnic Hungarians.

How decisive would this be? According to the center’s findings, easier voting conditions could very much influence the final outcome in case of a tight race.

If travel time of Hungarians living in the West were limited to an hour, they could reverse the results in some 3-6 constituencies, once again in a tight race. If they could vote by mail, they could flip even more districts, around 9-14. Analysts, consequently, say this could be the real reason behind the intentional restriction of the expats’ voting possibilities.

Besides an initiative by former Jobbik chief Gábor Vona, the opposition also presented bills that would have enabled emigrants to vote by mail, which were eventually voted down by the government. At his hearing in December, the Foreign Minister also implied that an alternative is not in the plans. Recently, the National Election Committee (NVB) has dismissed a request to increase the number of places available for Hungarians living in the UK to vote.

The opposition, however, devotes a large amount of attention to those living abroad. The opposition alliance’s prime ministerial candidate recently traveled to London for campaigning, urging UK Hungarians to vote.

Péter Márki-Zay, for example, repeatedly emphasized that the Hungarian diaspora in the UK could tip the balance in the 2022 general election, explaining that “the 2018 elections already showed that if it were up to the Hungarians living in the UK, governing Fidesz would not even make it into parliament.”

In a move that generated criticism, he also asked Hungarians without a home address in Hungary to register to their old address, because the last parliamentary election showed that up to three seats could depend on the votes of those living outside the country.

“Among Hungarians in London, those who want a change of government are in an overwhelming majority. In a place where the freedom of information is guaranteed, where there is personal experience of the West demonized by Fidesz, where there is no lying propaganda flooding in 24/7, people know that the most corrupt government of Hungary’s history has to go,” he wrote on social media.

In the latest development, the opposition would organize a charter flight for those wishing to come back to Hungary to vote (and potentially for a visit, too). In addition, an organization linked to Márki-Zay’s Everybody’s Hungary Movement (MMM) will also set up car-sharing options in the UK to assist Hungarian voters.

featured image: queuing voters in London in 2014; via Péter Kollányi/MTI