Opposition Alliance on Brink of Collapse after Devastating Election Defeat 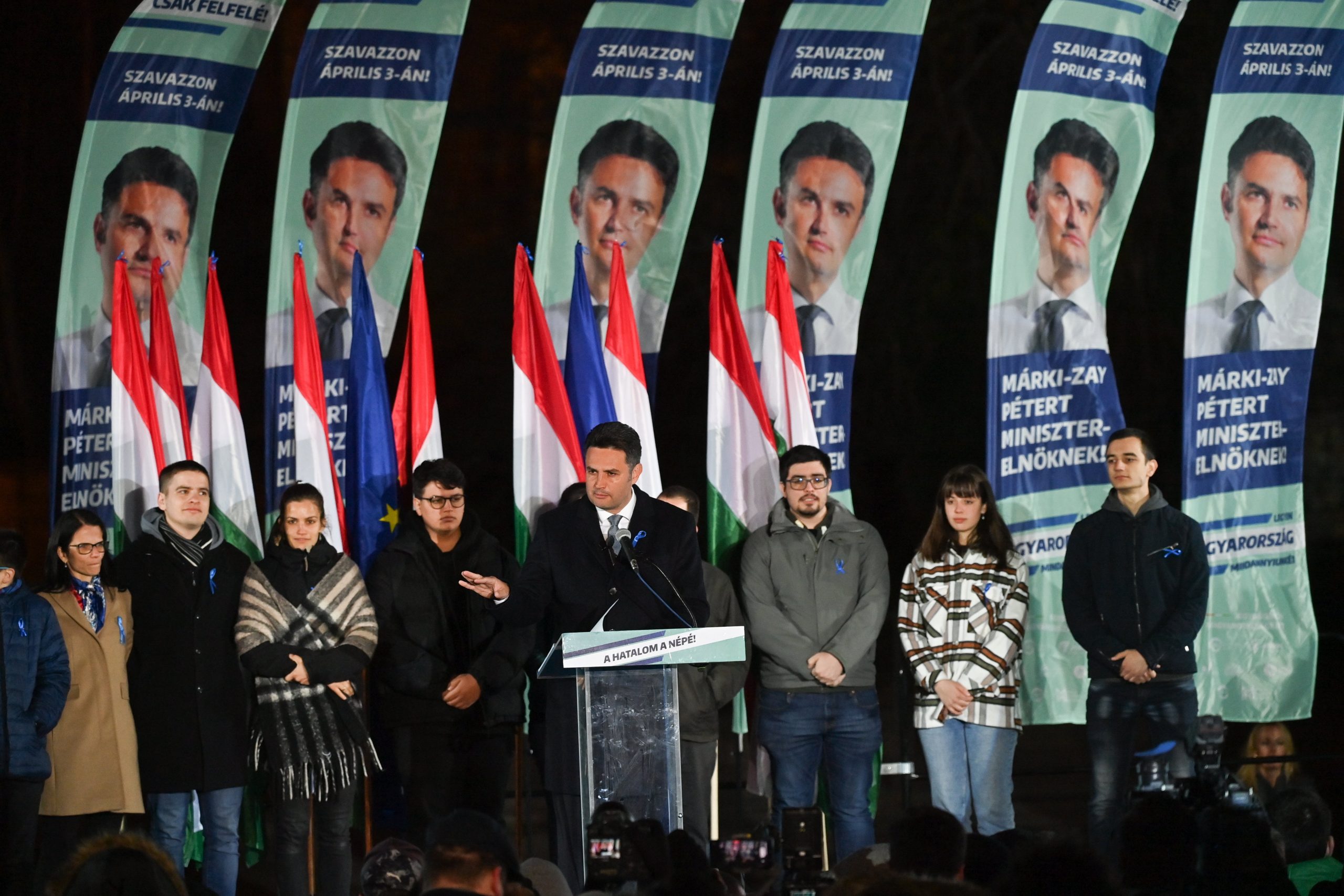 Hungary’s six-party opposition alliance, United for Hungary, suffered a crushing defeat to Viktor Orbán’s Fidesz in Sunday’s election. The opposition parties have all but disappeared from behind the prime ministerial candidate of the united opposition. During his concession speech, not a single opposition politician stood behind Márki-Zay on the stage. Later, Jobbik president Péter Jakab, joined by DK leader Ferenc Gyurcsány, sharply criticized the PM candidate of the six-party opposition. The Jobbik leader went as far as to completely put the blame on Márki-Zay for their defeat, while Gyurcsány more subtly said Márki-Zay was “not the best captain.”

Péter Márki-Zay was unable to live up to the high hopes Hungary’s opposition voters set out for him. The opposition’s joint candidate for prime minister suffered a crushing defeat in Sunday’s general election, in which Fidesz won with a fourth successive supermajority.

Márki-Zay made his debut on Hungary’s national political scene barely four years ago, first defeating Fidesz in a heavily right-wing city to become the mayor of Hódmezővásárhely. Then he defeated well-known opposition party leaders and MPs in Hungary’s very first primary election in 2021 to become the opposition’s joint candidate for prime minister.

With Márki-Zay, a political outsider was placed at the head of a bloc of mostly left-liberal opposition parties. By his own admission, the Hódmezővásárhely politician is a conservative, religious, Christian father of seven, and this has made him a strange challenger for Viktor Orbán, who is also a vocal Christian and an advocate of tradition.

The mayor of Hódmezővásárhely seemed to be the first candidate in many years to have a chance of successfully taking on Orbán, who has been leading Hungary since Fidesz’s 2010 landslide election victory. 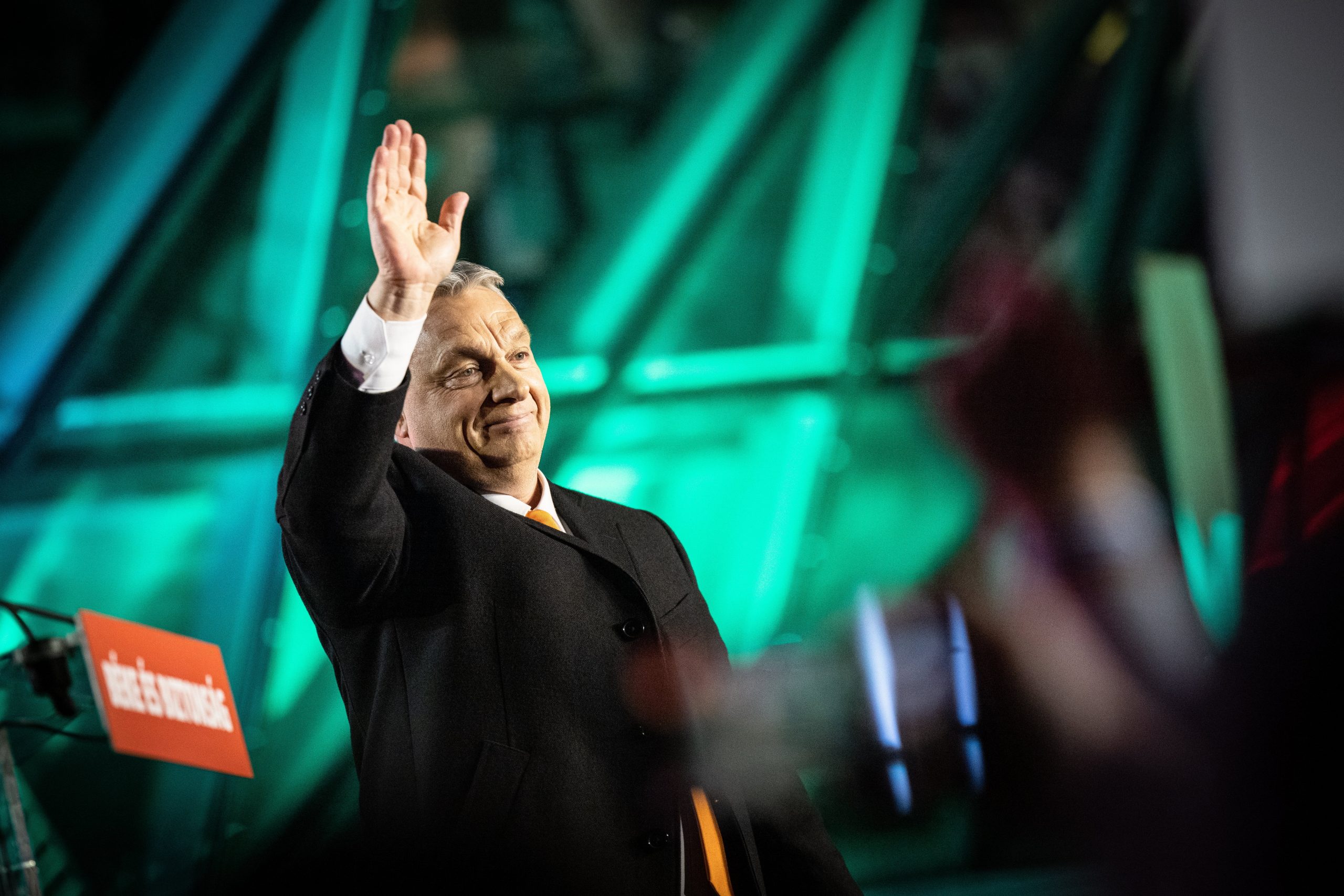 This is a major success for Fidesz, on par with its landslide victory in 2010.Continue reading

Instead, under his leadership, the opposition suffered a huge defeat, and based on the difference between their expectations and the outcome, possibly the biggest ever.

In addition to failing to become Hungary’s new prime minister, Péter Márki-Zay was even defeated in his single-member constituency of Hódmezővásárhely by Fidesz candidate János Lázár, one of Orbán’s former ministers.

A few days before the parliamentary elections, János Lázár had already said that his opponent would be “a political corpse by 10 pm on April 3rd.” The unflattering statement was interpreted by most people at the time as a rhetorical remark made in the heat of the campaign. But now it seems that the Fidesz MP might have been right.

The clearest sign of this, and of the complete disintegration of the opposition unity, was the moment when Márki-Zay took to the stage addressing his supporters as results made the scale of Orbán’s victory apparent.

“First of all, I’m as shocked, as everyone else. I don’t want to hide my disappointment, my sadness. We never imagined that this would be the result,” he began his concession speech.

Only his family stood behind Péter Márki-Zay on stage. No one from the opposition party alliance was present, neither next to nor behind him.

Márki-Zay, standing on the podium alone, stressed that it is important for the opposition to continue to stand together, because this is the only way to defeat the Orbán regime. His loneliness on stage gave his words a strange flavor, further confirming earlier observations that some opposition parties had only conducted the election campaign with half a head and half a heart.

After his speech, only Anna Donáth, president of centrist liberal Momentum, and Gergely Karácsony, mayor of Budapest and co-chair of the leftist-green Párbeszéd (Dialogue) party, joined Márki-Zay on stage.

Not long after however, on the night of the election, Jobbik president Péter Jakab also appeared- but not on the stage. The former far-right party’s leader, joined by leftist DK president and former PM Ferenc Gyurcsány, started sharply criticizing the leader of the six-party opposition.

Prime ministerial candidate of the united opposition, Péter Márki-Zay, is responsible for the defeat of the opposition, Jobbik leader Péter Jakab said, reacting to the outcome of Sunday’s general election. 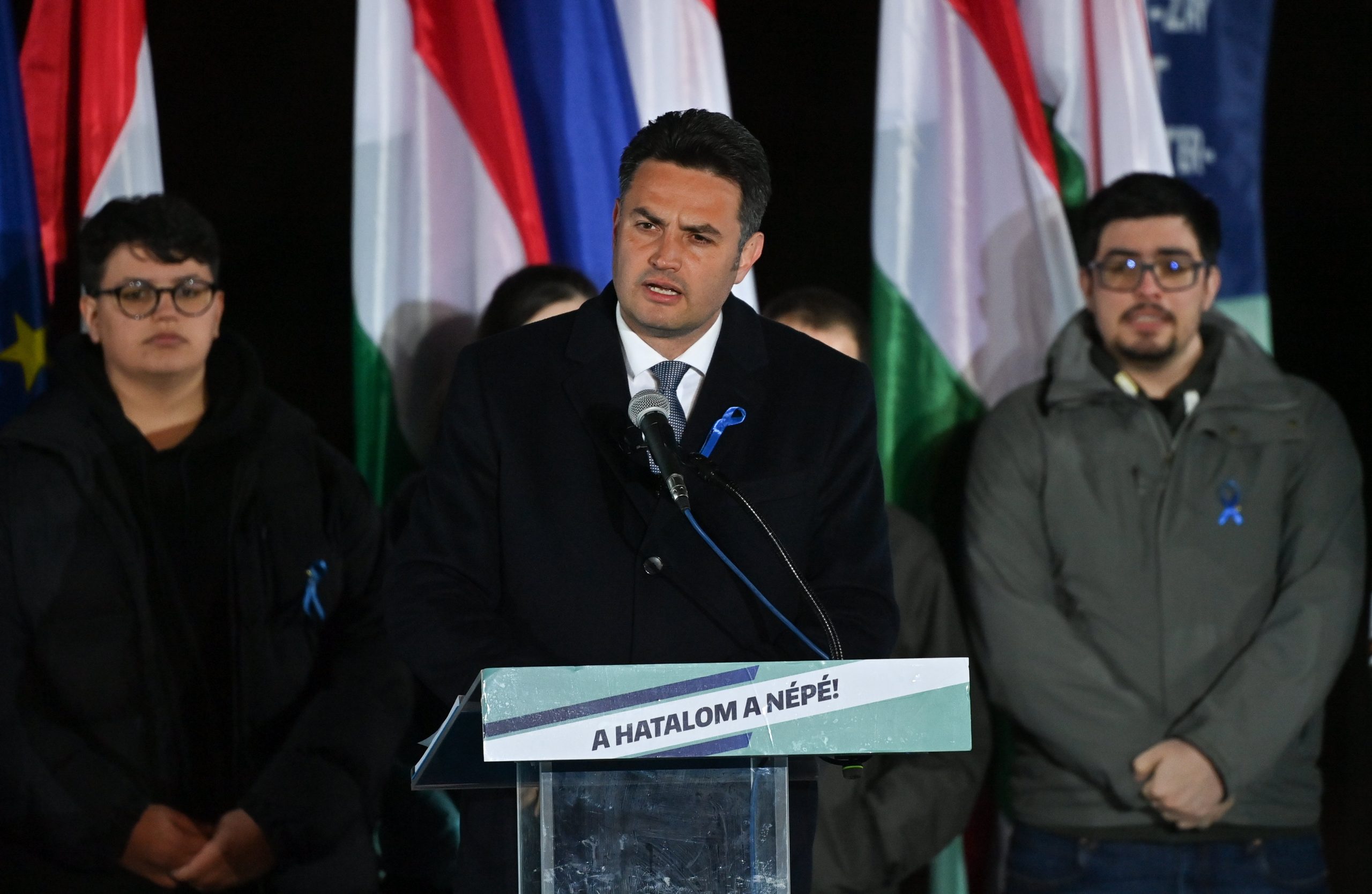 However, Péter Márki-Zay said that the election was not fair or equal, and that Fidesz owed its victory to propaganda and "brainwashing."Continue reading

Jakab said on Facebook slightly after midnight on Monday that last October, Márki-Zay had been given an “army” of six opposition parties and the considerable advantage the opposition enjoyed against the ruling parties in the polls. “After six months, the opposition’s lead has changed to a disadvantage,” he added. Less talk and clearer, better-considered messages would have brought more votes, he said. He added that Márki-Zay promised to renew the opposition in October but rather than doing so, “he has actually caused its fall.” The unity and cooperation of the six opposition parties must be maintained because it has no alternative, he said. The opposition must stand up and prepare to take over control in case a public outcry caused by austerity measures “sweeps away the regime.” “We are preparing for that, but without Márki-Zay,” he said.

Behind Péter Jakab’s harsh words and finger-pointing, there may very well be more than a simple antipathy towards Márki-Zay or the rivalry between the two for opposition voters with right-wing and conservative political idenity. According to some analysts, the disastrous opposition results are largely due to the fact that a very significant part of the voter base of Jobbik, which has been transformed from a far-right party into something like a people’s party, has withdrawn from the political group and thus from the opposition alliance as well. Meanwhile, many of the former Jobbik supporters voted for the new far-right party of former Jobbik politicians, Mi Hazánk, and others chose Fidesz on Sunday. All this could make the political path set by Péter Jakab, and even his qualities as a leader, highly questionable in the future.

Ferenc Gyurcsány: Márki-Zay was not the best captain

Joining Péter Jakab, Ferenc Gyurcsány also sharply criticized the leader of the six-party opposition, although the president of DK was more cautious in his wording than the first Jobbik politician.

“We’ve suffered a heavy defeat,” Ferenc Gyurcsány, Hungary’s former Socialist PM and leader of the opposition Democratic Coalition, said, adding that the election was neither free nor fair, but there was no doubt that a vast majority of Hungarians “has accepted this election and has given yesterday’s government a mandate for tomorrow.” 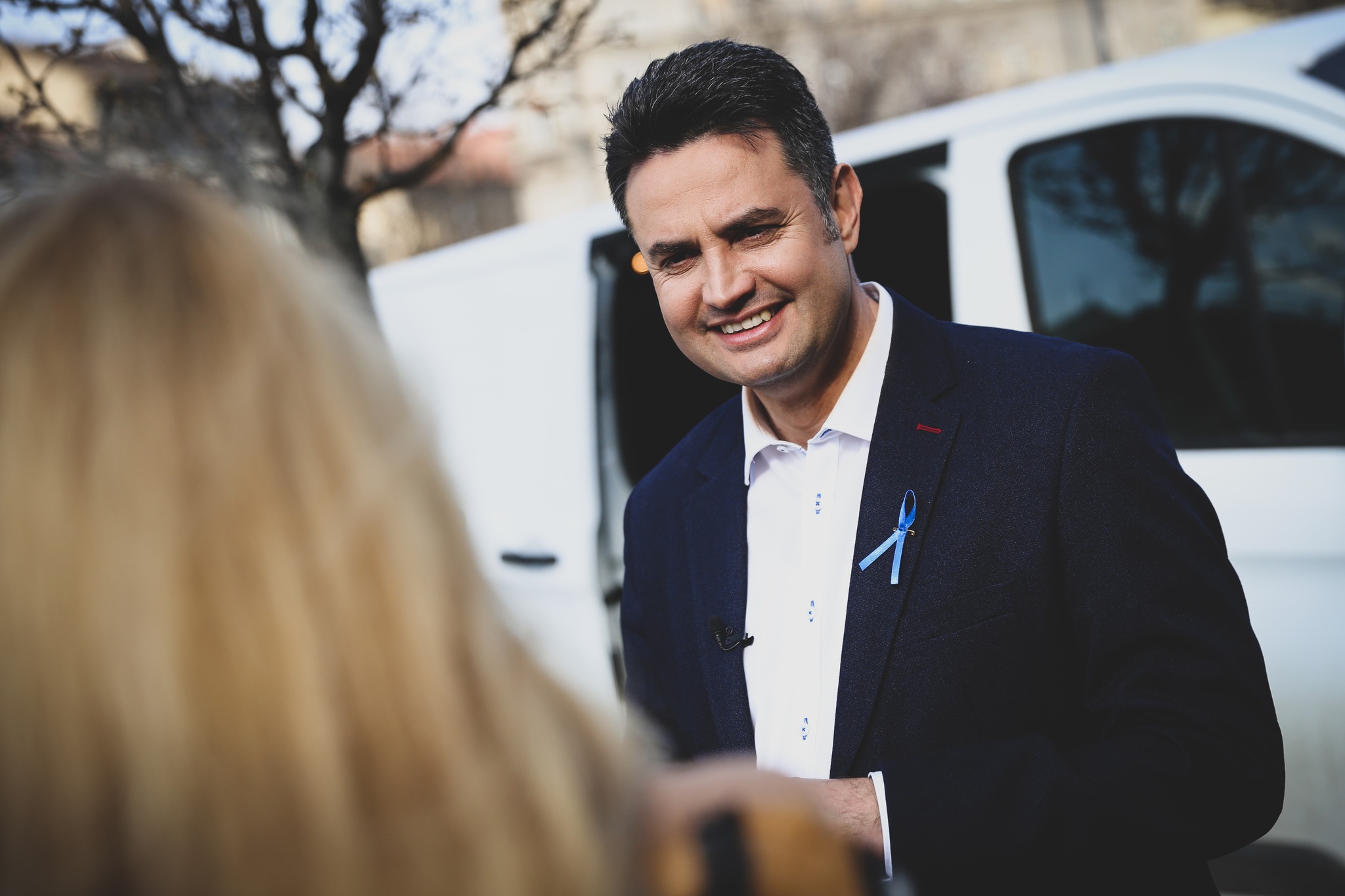 “Why did this happen, what is the lesson of defeat?”, asked the Democratic Coalition’s leader, and then implicitly began to criticize Péter Márki-Zay.

“If someone is not brave enough to dream big, when it comes to action, they will end up powerless, or at worst a coward. The powerless and the coward are not trusted to lead anything, especially not the homeland. One does not become a captain by being elected, one becomes a captain by steering a ship safely to a safe harbor. He who leads a ship into a storm will not reach port. Even though he was at the helm, they will think he is not the best captain, and I think they are right,”

Gyurcsány said, adding that the ship must sail on regardless, as the ultimate goal has not changed.

“Now we have to replan a lot of things, once we get through this bitter night and morning, but we have to keep working, “concluded the DK leader.

Ákos Hadházy, one of the most well-known opposition politicians in Hungary, famous for his strict anti-corruption stance, also reacted to the results. In a Facebook post, the MP, who just won in the single-member constituency of Budapest’s 14th district, wrote that the opposition alliance had three tasks to win the election: unity, renewal, and resistance, but that they had only succeeded in fulfilling the first of these.

According to him, the opposition now has a shared responsibility to give a joint response to the current tragic situation before the inaugural session.

“This is no time for scapegoating! We are all to blame for our failure to create the conditions for fair elections in recent years. But now is the time for the opposition to turn around. The task for the next period is not to find those responsible, but to develop and then organize resistance and collective stance and action! This is our duty. That is what our voters expect!”