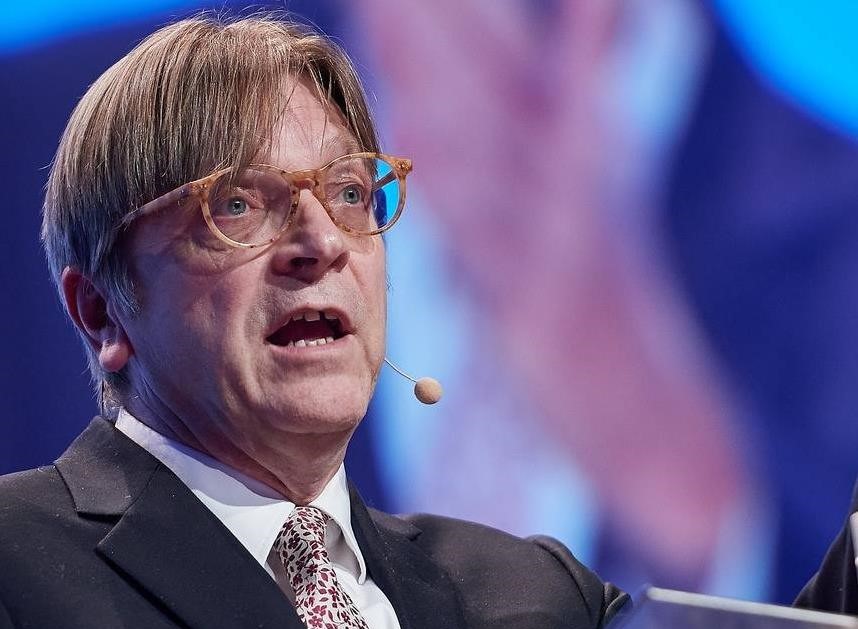 Belgian liberal MEP Guy Verhofstadt has hit out against the Hungarian Prime Minister in his latest personal attack by claiming that Viktor Orbán has destroyed freedoms in Hungary. “After dismantling all free institutions and silencing all independent voices inside Hungary, Orbán’s next project is to destroy democracy in Europe. Will everyone finally see him for the threat he is and stop supporting him in any way,” wrote the MEP.

He did not specify exactly what he meant by free institutions or independent voices, nor did he provide any evidence for his astonishing claims. In his post, he was reacting to an earlier tweet by Hungarian liberal opposition Momentum party MEP Katalin Cseh, who claimed that the Fidesz majority in the Hungarian National Assembly just passed a resolution calling to dismantle the European Parliament. “Yes, they despise democracy that much. But we remain the fiercest opponents of Orban’s regime & they won’t ever silence us,” she added.

However, the tweet from the liberal MEP is a gross misrepresentation of what the government party Fidesz had stated about the European Parliament’s role during the debate about the future of Europe. Here Viktor Orbán had reaffirmed his intention to oppose the EP’s drive towards an “ever closer union,” that is, the weakening of the role of Member States on the way towards a federal European superstate. In his opinion, the series of conferences on the future of Europe was not about a democratic dialogue as the initiators would have made us believe, but had served as an instrument of goals aiming to dismantle national sovereignty and increase the power of bureaucrats in Brussels. Here he also added that the EP should be reformed in order to strengthen the role of national parliaments. Earlier, he also stated that “European democracy must be led out of the dead-end where it was steered into by the European Parliament.” Last year, Viktor Orbán had also voiced his opinion according to which “the European Parliament has proved to be a dead end for European democracy. It represents only its own party in terms of ideological and institutional interests. It does not add to the strength of the European Union, it takes away from it.”

As is perhaps clear from the above statements:

…no Hungarian government politician has ever called for “dismantling” the EP, but for its reform, and the end of ideologically and personally biased attacks against democratically elected parliaments, as well as their leaders.”

Guy Verhofstadt’s latest attack is a perfect example of the European Parliament’s deteriorating standards both in terms of formulating opinions, and a proper scrutiny of sources on which criticism of elected politicians is based. Accusing a democratically-elected leader of a country who is calling for reforms of the European institutions of “trying to destroy democracy in Europe” is a blatant attempt to silence any criticism of the burgeoning bureaucracy and authoritarian tendencies within the EU.

One can only speculate about Katalin Cseh’s reasons for distorting the positions of the Hungarian government and for whipping up negative sentiment among his fellow radical leftist politicians in Europe, who need no encouragement when it comes to undermining the Hungarian conservative government. Cseh is under investigation in Hungary for fraud involving her family’s printing business that had allegedly mishandled EU funds. Premises of her business have been reportedly searched by the national tax and customs office (NAV), which is currently looking into discrepancies in accounting to the tune of billions of forints. The Public Procurement Office has also reportedly filed a report against the Momentum MEP’s business.

Momentum had won five percent of seats in the Hungarian parliament during the April elections.