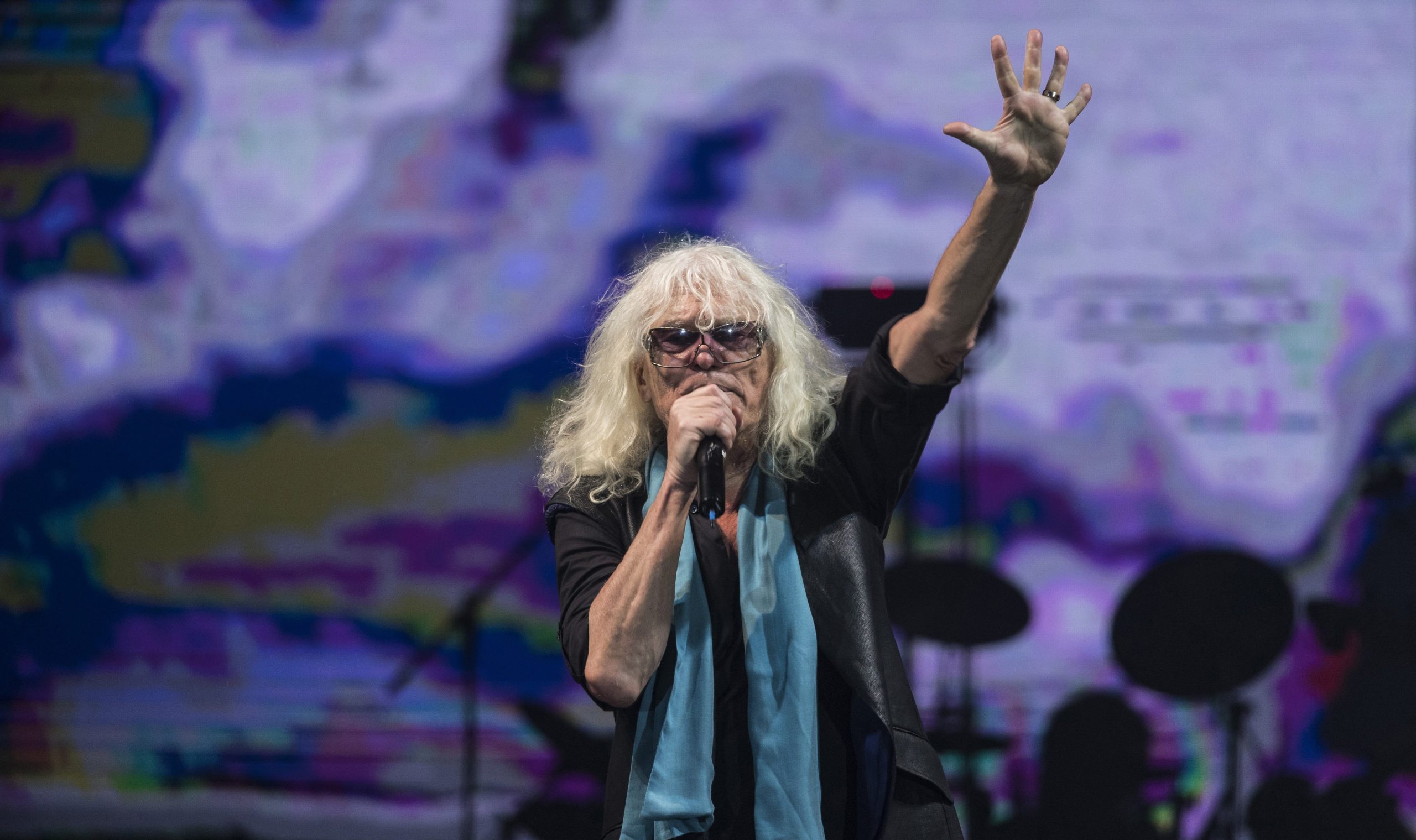 János Kóbor, legendary singer of Hungarian rock band Omega, died at the age of 79 on Monday. The musician spent several weeks in hospital with a covid infection, and his condition was long considered serious. Kóbor was not only known in Hungary, but also throughout Europe: one of the band’s songs, “Gyöngyhajú lány” (Pearls in her Hair), was very popular in many countries, including West Germany, Great Britain, France, Poland, Romania, Czechoslovakia, Yugoslavia, and Bulgaria.

János “Mecky” Kóbor, singer of the Hungarian rock band Omega, was admitted to a Budapest hospital with a coronavirus infection on November 9. For a long time, the public only knew that his condition was severe. His family had practically ordered a news blackout, but band members repeatedly asked fans to pray for the musician. Previously, Kóbor had stated in an interview that he had not been vaccinated against any disease and he did not want to receive vaccination against the coronavirus either.

The news of his death was shared by his rock band, Omega on Facebook on Monday.

We regret to announce that János Kóbor, the Kossuth Prize and Liszt Ferenc Prize-winning founder of the Hungarian rock band Omega, has passed away after a short illness. Adored by millions of fans both at home and abroad, he was a standing star in rock music. The gap he leaves behind is incomprehensible. There are no words, only silence remains. Mecky will always be with us in our hearts.”

Kóbor was born in Budapest in 1943. He founded his first music band in grammar school and after other smaller formations, several students from two schools founded the rock band Omega in 1960.

Omega caught the attention of the German market in 1969. First, they became a popular band in East Germany (GDR), then the group soon became popular across Europe, and had successful tours. In German-speaking countries, János Kóbor initially sang the band’s songs with German lyrics, but the East German audience strangely preferred the Hungarian version.

In the second half of the seventies, Omega had become a cult band in Germany: their popularity solidified by the fact that in 1977, the first album of the “space-age and space-rock years,” Time Robber, was released in Germany before the Hungarian version, Omega 7: Időrabló, was released in Hungary.

At that time, the Scorpions, who later became known worldwide, were still playing as an opening band for Omega.

Gyöngyhajú lány (Pearls in her Hair)

The band’s most famous song worldwide was “Gyöngyhajú lány,” written in 1968. It quickly became very popular in many European countries, including West Germany, Great Britain, France, Poland, Romania, Czechoslovakia, Yugoslavia, and Bulgaria. Omega also recorded other versions of this song in other languages: English (“Pearls in Her Hair”) and German (“Perlen im Haar”).

The band Scorpions later covered the song under the title “White Dove.” They released it as a single album in 1994 and was a top 20 hit in Germany and Switzerland.

Kóbor also became well-known because his band gave an extremely successful concert in Budapest’s Heroes’ Square in 2014 on the occasion of the 25th anniversary of the political regime change in Hungary, at which Scorpions also performed. Omega star Kóbor sang the song “Wind of Change” together with Klaus Meine.

The band’s last album, Testament, was released in 2020.

Kóbor is one of the few successful Hungarian artists who spent his entire career as a member of a single band, appearing only occasionally as a guest artist. In addition to his concert activities, he worked as a music director, ran a record label, and founded a sound equipment rental company.

Besides his family and the band, he had a third love: Lake Balaton. In one of his last interviews, he said that he wanted his ashes to be scattered in the waters of his beloved lake after his death.