New Humanitarian Transit Point: “This is the coordination we’ve been waiting for for three weeks” 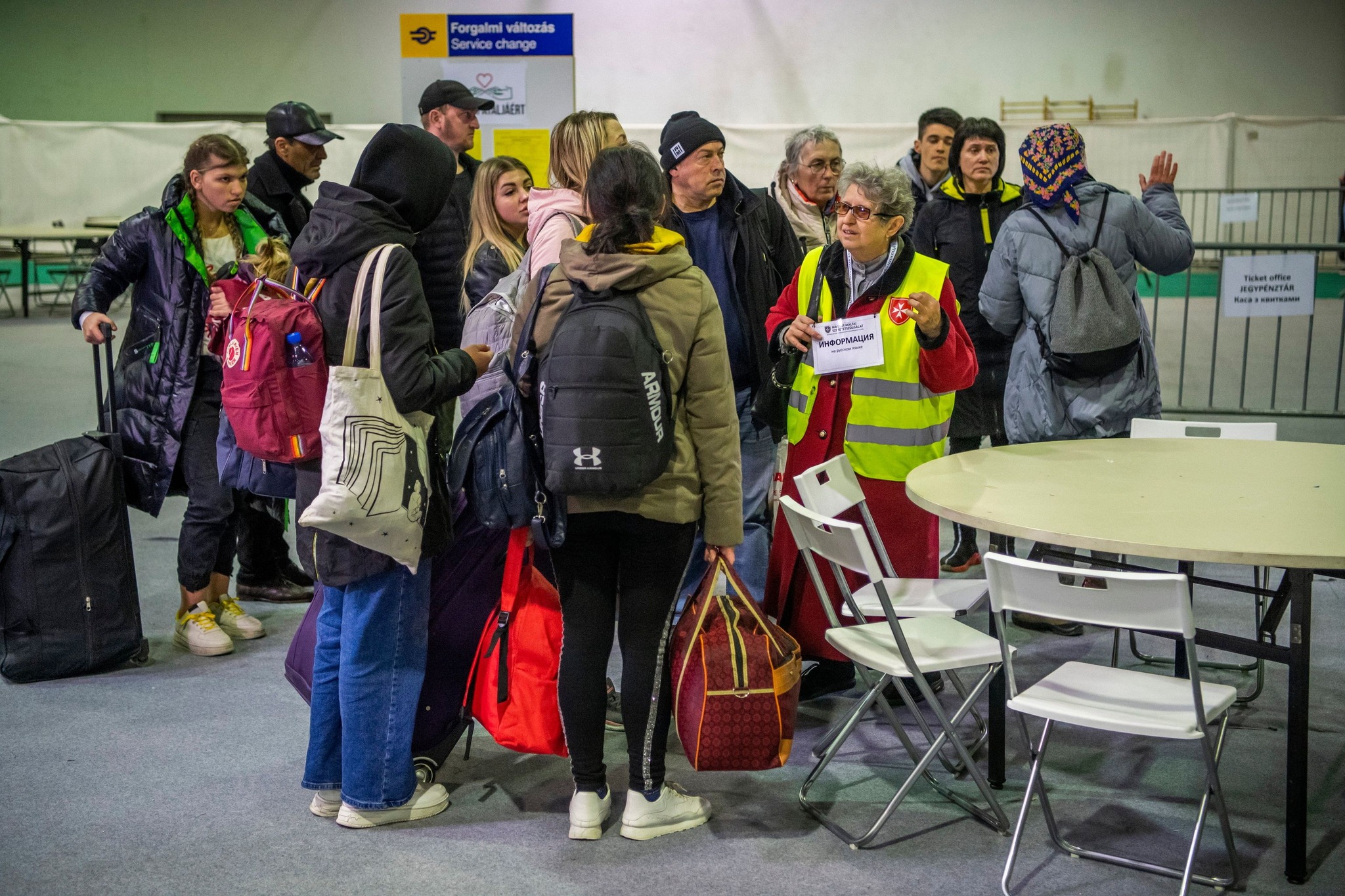 On Monday, a “humanitarian transit point” for refugees from Ukraine was opened in one of Budapest’s sports halls, the “BOK Hall.” More than three weeks after the outbreak of war, the government decided to establish a state-run center. Conditions here are much better than they were at the train stations, where civilians received and assisted those arriving without any central coordination. According to the government, the reason why no such facility had been created is because a larger influx of refugees is only expected now.

At Keleti and Nyugati train stations where thousands of refugees arrived in the first three weeks after the outbreak of war in Ukraine,  and where they had to be taken care of as quickly as possible, there are only information points as of Monday, and the war refugees are being transported by buses from the two stations and from Kőbánya felső station to the “BOK” sports hall, where they can be accommodated in a civilized environment.

They are provided there, among other things, with food, drinks, interpreters, medical care, a ticket office from the train company, sanitary facilities, a baby-mother corner for mothers with small children, a play corner for children, and information about accommodation and other travel options.

“This is the coordination we have been waiting for for three weeks,” said a volunteer at the government refugee transit center in BOK Hall, from where refugees can travel to the train station, airport or shelter in Hungary, depending on their plans, reported site 444.hu. 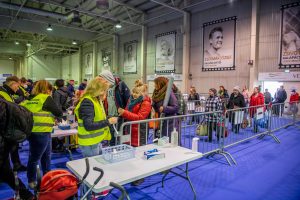 According to the United Nations (UN), more than 300,000 refugees have fled to Hungary so far, and their care has been provided by several NGOs, church organizations, and volunteers at Budapest’s train stations, without comprehensive central coordination. The government then announced last Friday that the BOK Hall would be turned into a reception center, and it turned out that everyone would have to move out of the train stations by Sunday evening.

On Monday afternoon, the press was also allowed in to visit the huge building, as reported by 444.hu:

“We could see for ourselves that the conditions in the spacious, closed, and heated halls are much better than they were in the stations.” 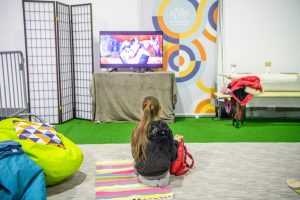 In response to a question about why the government has chosen not to act until now, State Secretary István György told the news site that “when refugees were arriving, we first had to see how many more would come. Up until now, we have witnessed that the services provided at the station are sufficient, as the number of those continuing their journey was relatively high. But the moment has come when we see – mainly out of the fear that another wave of migration, excuse me, another wave of refugees will come to Hungary – that we have to move on to a higher level by bringing these services together here in BOK hall.”

According to István György, volunteer work can also only proceed in a coordinated manner, so everyone who works in the hall is registered. 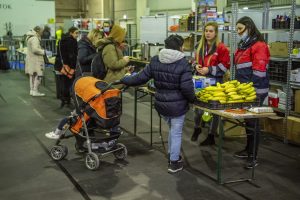 In addition to the major aid organizations (Maltese Charity, Reformed Church Aid, Catholic Caritas, Ecumenical Charity), Migration Aid’s staff also moved from the train stations. Just as before, they will bring together refugees arriving for a day or two with voluntary accommodation providers.

István György was also asked about why the government now cooperates with “Migration Aid,” since they used to attack it publicly, calling it a “Soros organization.” According to the politician:

“We don’t want to stigmatize anyone in an unfair way. The activity they are doing here is something that we support to a great extent and for which we are grateful.” 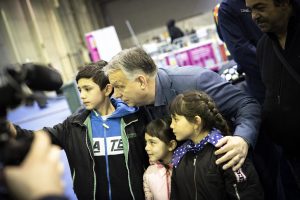