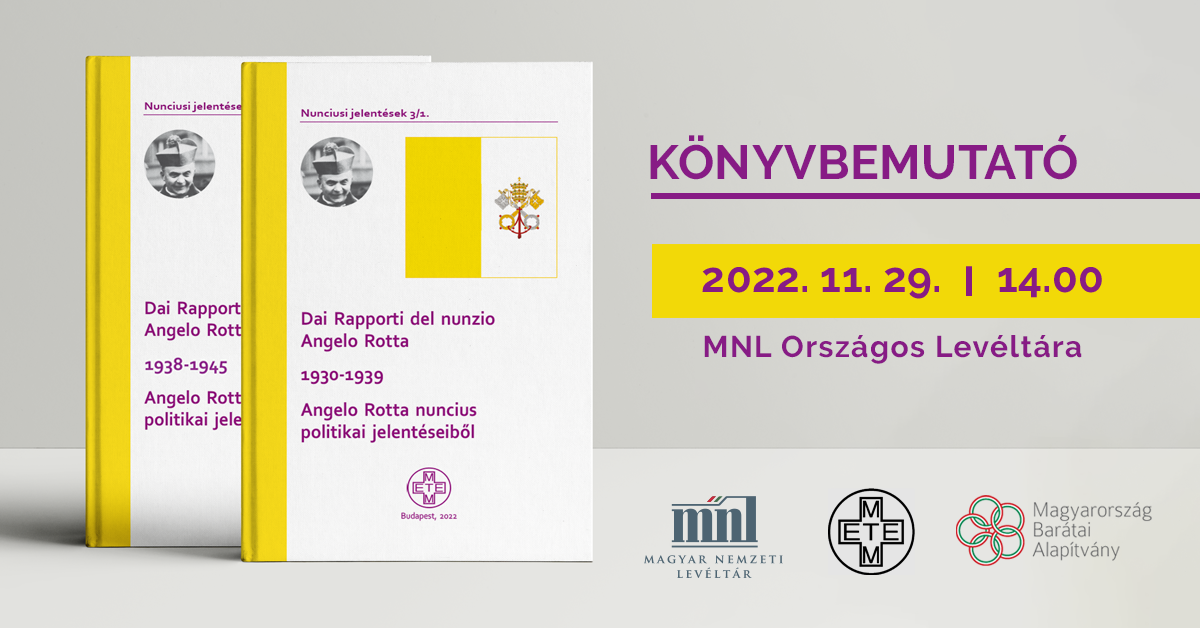 On Tuesday, the Friends of Hungary Foundation (Magyarország Barátai Alapítvány, MOBA) has presented their new book “From the political reports of Nuncio Angelo Rotta 1930-1939, 1938-1945”. The event was held in association with the Hungarian National Archives (MNL) in their headquarters in Buda Castle. 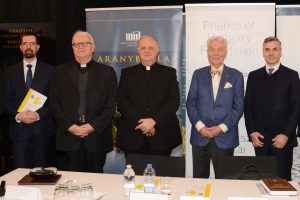 Angelo Rotta, Titular Archbishop and Apostolic Nuncio of Thebes, was one of the most well-known figures in 20th century Hungarian history. Today few would be able to recall his deeds and work, and even those who might have some memories would primarily remember his work in saving Jews during World War II.

Angelo Rotta had served in Turkey from 1925 and was transferred from there to head the Nunciature in Hungary in 1930. Rotta’s activities – in peacetime – were marked by the 34th International Eucharistic Congress in 1938. The nuncio was actively involved in the preparations for this event, which drew the attention of the whole world to Hungary. This first volume published by MOBA provides an important contribution to the history of this important period. 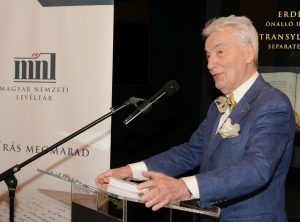 President of the Friends of Hungary Foundation E. Sylvester Vizi

The second part, which covers the period 1938-1945, distinguishes several themes: the period of the War, Hungary being subject to German interests, and the nuncio’s departure via Istanbul. The volume highlights his work in defense of Jews, his reports and his instructions from the Vatican.

The collection of the documents in this volume was made possible by Pope Francis’ decree of 2020, opening up to researchers the era of the pontificate of Pope Pius XII (1939-1958). The collection is based primarily on the archival material of the Vatican Secretariat of State’s Section for Interstate Relations. 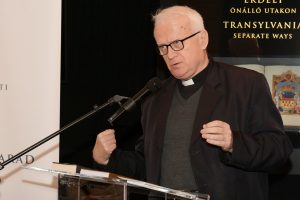 In his address, President of the Friends of Hungary Foundation E. Sylvester Vizi thanked Dr. Csaba Szabó, Director General of MNL for offering the opportunity to hold this book launch in the presence of a large audience, and also welcomed Msgr. Michael W. Banach, the Papal Nuncio. He thanked Benedictine monk Ádám Somorjai for revealing a very important period of the Hungarian past by publishing the correspondence of Angelo Rotta.
E. Sylvester Vizi emphasized the importance of revealing the past with the Latin proverb “Sine preteritis, futura nulla” (Without the past, there is no future). In the last 10 years, the Friends of Hungary Foundation has not only striven to ensure that the present-day Hungary is judged fairly, but also to support the publication of books that objectively bring the facts of Hungary’s past to the attention of new generations, he added. He drew the attention of his Excellency Michael W. Banach to the important role played by Christianity in the development of Hungary and Europe through the example of the monastery of Pannonhalma founded by Hungary’s first king, St. Stephen.

In an interview Apostolic Nuncio Michael W. Banach told Hungary Today that if he could pick one idea from Angelo Rotta’s work that he would like today’s Christians to follow, it would be “his absolute constancy, his absolute coherence from day one. Especially regarding the persecution and deportation of the Jewish people. He was very clear in his discussion with the foreign minister of Hungary at the time, very clear in his reports back to Rome that this was something anti-human and unchristian. It was Rotta’s coherence that defines him, and this is what is required in our times today.  His doggedness in adherence to his vision is something that strikes me about Archbishop Angelo Rotta”, the Apostolic Nuncio said.

When asked about taking a stand of faith in a hostile political and cultural environment today, as Rotta has done in his time, his Excellency Banach replied that “coherence and practicing what we preach, is a very important consideration. We read in the Gospels that ‘you are the light, and the salt of the world’, and salt is used to preserve things, but it is also used to flavor things. And if there is too much salt, the food is uneatable. I think one of the messages for us today with regards to Christian witness is how to offer that right amount of salt to give flavor to society and to our world. If you have people who are not afraid to be witnesses to their Christian faith, it is a great sign, it is what it is to be the salt of the earth. This is to have that coherent witness that Archbishop Rotta had. 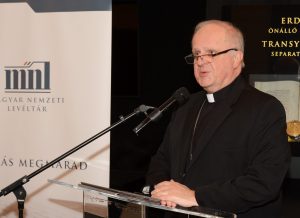 Answering Hungary Today’s question about his thoughts on how Hungary’s governing parties interpret Christianity as a basis for Hungarian statehood in direct opposition against the current Western mainstream, Nuncio Banach replied that “if we are honest with ourselves it is indisputable that Europe does have a Christian origin, Christian roots. Even a dictum sometimes attributed to Wolfgang Goethe, who was not known for his great love towards the Church, says that Europe was born from pilgrimage, and that Christendom is its mother tongue. I think it is indisputable that Europe has Christian roots. Does that mean that Europe cannot have a pluralist society? No. But it is something that we should preserve”, said Michael W. Banach. 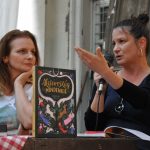 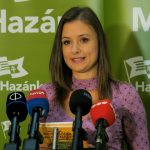