NATO Aircraft Stationed in Pápa Airbase Transport Weapons to Ukraine, but Not From Hungary 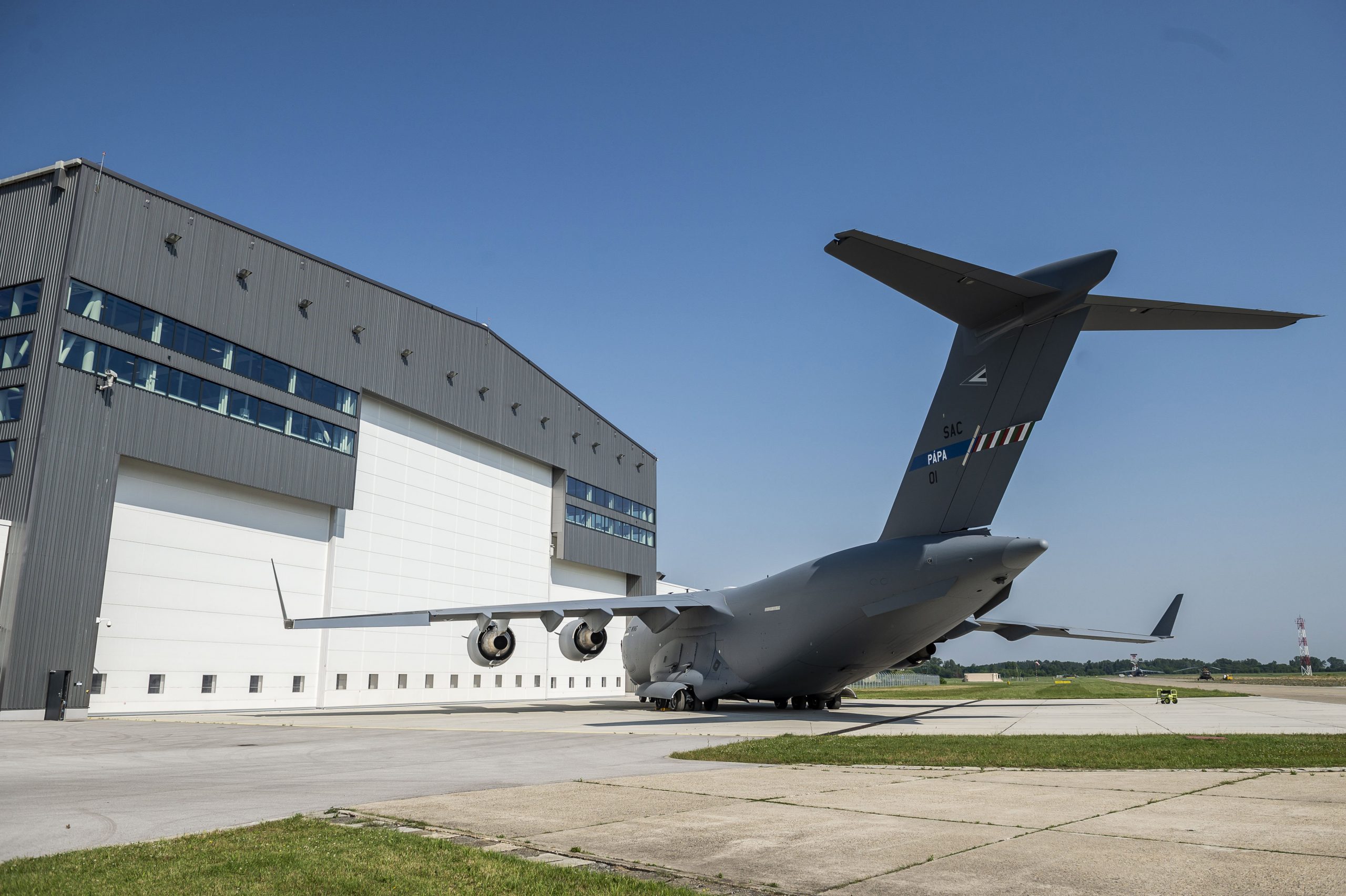 At least two military aircraft stationed in Hungary’s Pápa airbase have participated in various Ukraine-bound arms and personnel transportation operations. After a political skirmish, the defense ministry confirmed that it wasn’t Hungary that used these planes, as these aircraft are part of a broader cooperation between 12 countries who may purchase flying hours.

It hit the news yesterday that a Hungarian military plane is carrying weapons destined for Ukraine. In concrete terms, photos emerged that a C-17 aircraft of the NATO Heavy Air Regiment stationed in Pápa, Hungary, with Hungarian registration, is being packed to deliver 50 German Panzerfaust-3 anti-tank weapons with 200 rockets and 400 Stinger air defense rockets from the Netherlands to Ukraine. In addition to 100 sniper rifles with 30,000 rounds of ammunition and two mine detecting submarines.

Moreover, according to 24.hu‘s information, another giant aircraft was also involved in the operations as a C-17 flew from its Hungarian base first to Norway and then on to Lithuania, transporting a Norwegian military team to provide NATO assistance.

Just as the photos hit the news, the case led to an internal verbal skirmish too. It was far-right Mi Hazánk that put the question on the political agenda, protesting against the move (somewhat similarly to the government, the party also says Hungary must stay out of the conflict).

A little later, after seeing the photos, the opposition’s prime ministerial candidate, Péter Márki-Zay, jumped to the conclusion that the government is playing a two-faced game. He accused PM Orbán of lying and denying the Hungarian military’s involvement. “All this for a goal, for a foreign power that he supports by betraying his nation and its allies, through propaganda, through spy banks, and in many other ways,” he argued.

The state secretary for international communications and relations, on the other hand, accused Márki-Zay of lying claiming that no weapons are passing through Hungarian territory to Ukraine and none are being handled by Hungarian personnel.

In reaction to the news, the Defence Ministry issued a statement claiming that the three Hungary-registered aircraft were performing tasks related to NATO’s Strategic Airlift Capability (SAC) in cooperation with some 12 nations by providing international strategic military airlift capabilities to participating countries. Each participant can purchase flight hours for use of the aircraft for their own purposes. They have a Hungarian registration mark because Pápa is their permanent duty station, registered in Hungary.

The purpose for which the aircraft was being used had not been requested by Hungary or the Hungarian Armed Forces, they insisted.

Later on Monday, Prime Minister Viktor Orbán stressed once again that Hungary won’t send guns or soldiers to the war zone, neither will it allow lethal aid across the Hungarian-Ukrainian border, he said in a video statement.

featured image: one of the (NATO’s) Boeing C-17 Globemasters at the Pápa air base; via Boglárka Bodnár/MTI