Mural in Tribute to mRNA Pioneer Karikó Completed in Budapest 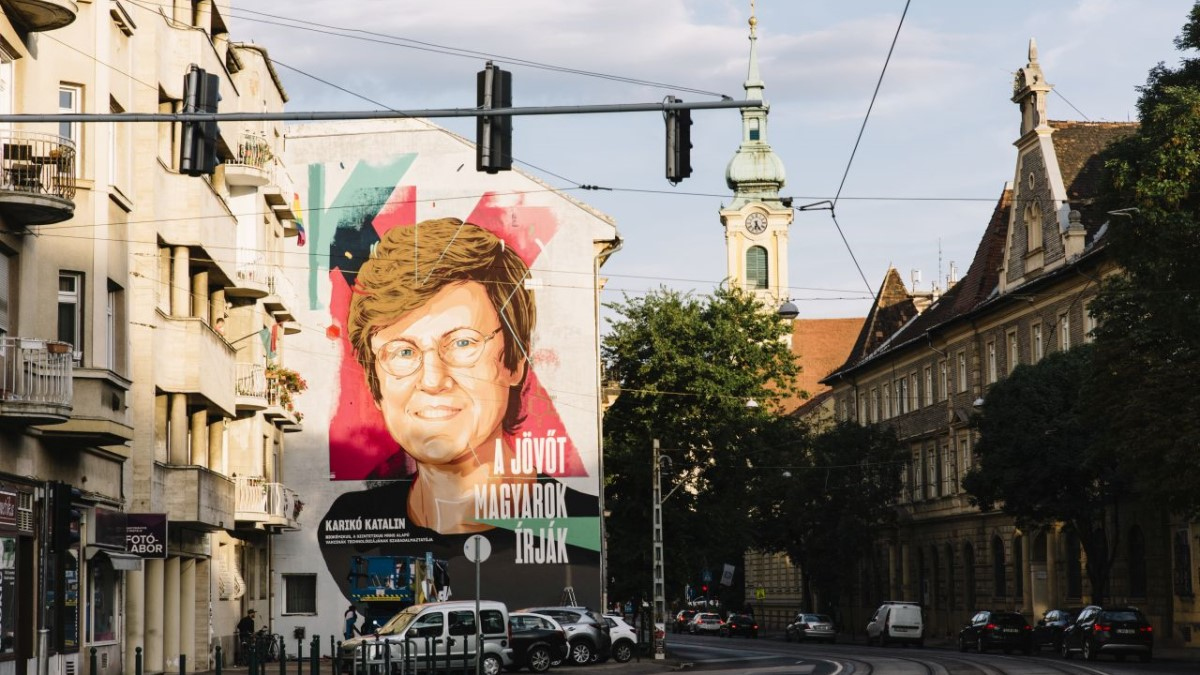 A 220 square-meter mural paying tribute to Hungarian-American biochemist Katalin Karikó, who played a key role in the development of the mRNA Covid vaccines, has been completed. Next to Karikó’s portrait the motto says “The future is written by Hungarians.”

Future festival Brain Bar’s organizers came up with the idea for the mural. The artwork was designed and created by the talented and experienced team, “Colorful City” (Színes Város), with the project taking around 11 days and 197 liters of paint.

“Working in public spaces is also exciting because many people are quickly giving their opinions on the work in progress. Here it was particularly surprising that as soon as we filled in the drawing with color and the picture started to come together, almost everyone knew whom it was about,” said Péter Flór, head of the creators.

One week ago, Karikó herself reacted to the news of the painting on her Twitter page, writing that “it was a surprise, a big surprise.”

The mural can be viewed at Krisztina Boulevard 30. (Budapest’s 1st district).

Brain Bar aims to strengthen the ambitions of Hungarian youth and encourage them to actively shape the future. This year’s event will be held between September 9-10 in Budapest’s Millenáris Park.