Attila Mesterházy, the (Socialist) deputy head of parliament’s foreign affairs committee, on Monday discussed with the head of the Special Service for National Security (NSZ) allegations regarding the use of the Israeli-made Pegasus spyware in Hungary.

Mesterházy told a press conference after his meeting with Hedvig Szabó that the NSZ chief gave a guarantee that the agency had never spied on anyone without permission. Mesterházy added, however, that because of a confidentiality statement he had signed, he was only able to provide general information about his meeting with Szabó.

Mesterházy said he had been told that the NSZ only provided the technical framework for the operations of other organisations such as the prosecutor’s office or the Office for the Protection of the Constitution, and was therefore not responsible for their analysis either. This, he explained, meant that it was the organisations in question that ordered the surveillance operation, and furthermore, the NSZ was not responsible for making sure that an operation was lawful. Most such operations are approved by a court while some are signed off by the justice minister, he added.

Meanwhile, Mesterházy said the justice minister’s office had still not responded to his request for a meeting to discuss the Pegasus affair.

The politician said he was convinced that the government had access to and was using the spyware.

Mesterházy also called for an investigation into whether Hungary’s use of Pegasus could have allowed any hacker groups to get a hold of information that could potentially compromise national security.

He said a parliamentary investigative committee should also be set up to look into the affair once the Investigative Prosecution Office of the Capital concludes its own probe.

Earlier this month Mesterházy discussed the use of the Pegasus spyware in Hungary with the director general of the Office for the Protection of the Constitution. 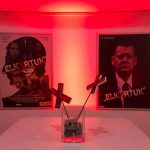