More than 2,000 Busós Marched in Mohács over the Weekend 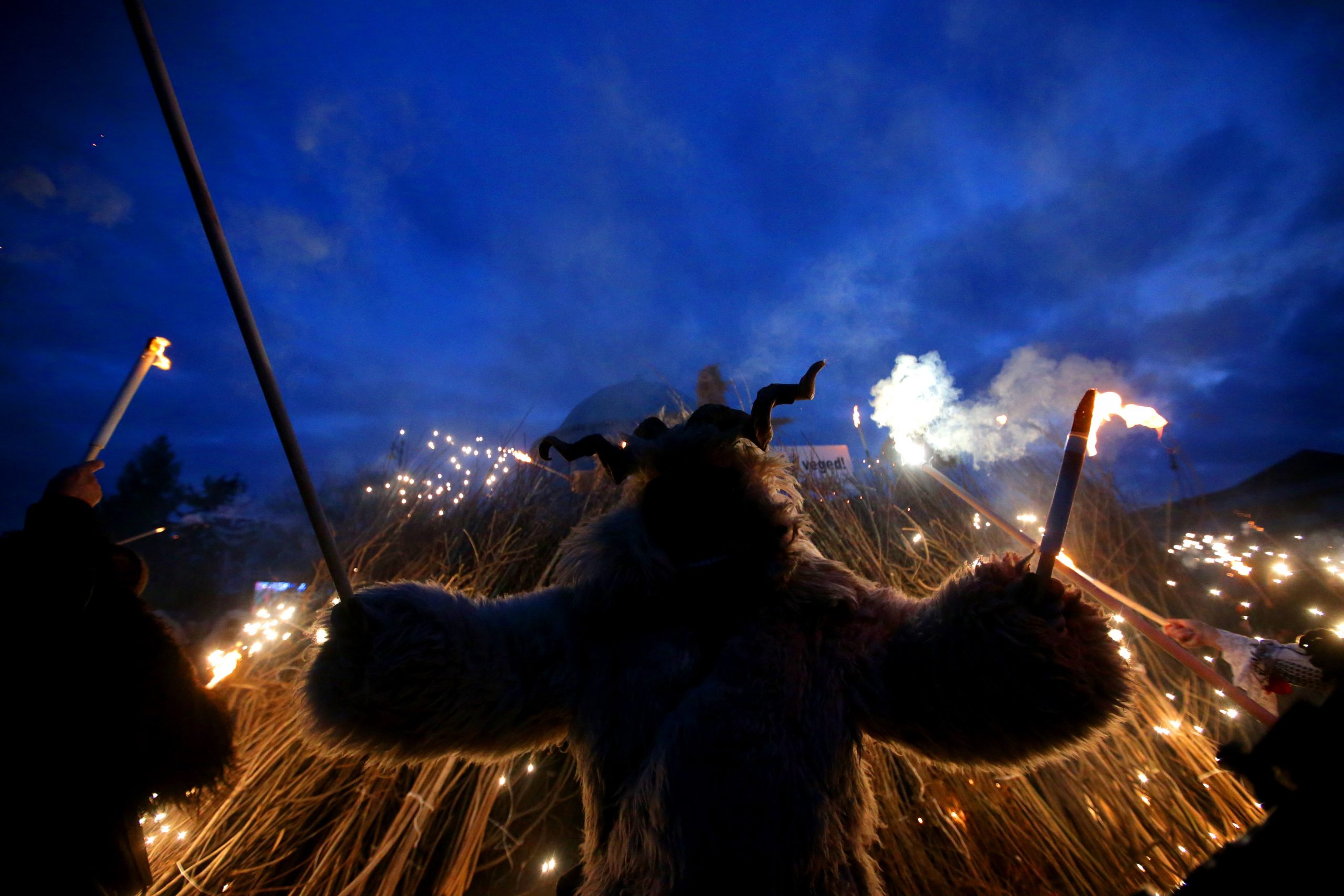 More than two thousand “busós” marched in Mohács to see off winter. Organizers prepared for the six-day Busó Carnival (or “busójárás” in Hungarian) in 15 locations with more than 140 programs.

On the most spectacular day of the carnival, coffins were burned, the Danube was crossed in a bucket boat, traditional dishes were made, and there were even several dance and folk dance performances.

In 2009, the Mohács-Buso Carnival was included in the Representative List of the Intangible Cultural Heritage of Humanity.

The costume of the “busos” used to be the same as today: a short, fur-trimmed coat, straw-filled pants with colorful, fancy woolen stockings, and booted feet. The fur is held together at the waist with a belt or a cattle rope, from which the cattle spit is suspended. In their hands they carry the inevitable sling or the many-fingered wooden mace. But the most important thing that makes a buso a buso is the willow mask, traditionally painted with animal blood and wearing a hood made of sheepskin. 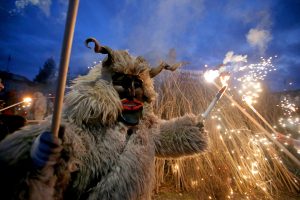 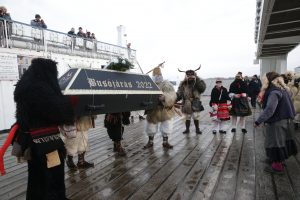 The “busos” with the carnival coffin arrive at the ferry port of Mohács on February 27, 2022. 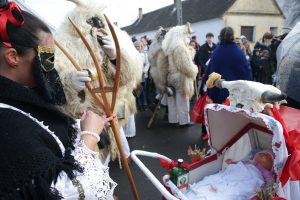 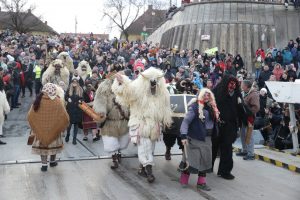 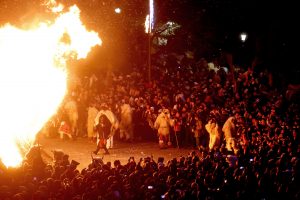 Lighting a bonfire and burning a carnival coffin in Mohács, Széchenyi Square, on February 27, 2022. 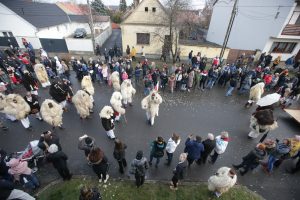 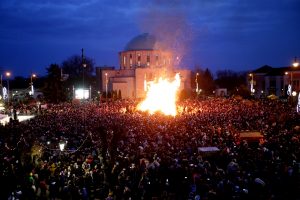 This major tourist attraction in the southern Hungarian town runs until Tuesday (March 1). You can find more information about the program here. 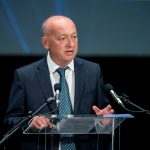