What was perhaps an even bigger surprise than Fidesz-KDNP’s landslide victory and the opposition alliance’s shocking defeat, is Mi Hazánk’s (Our Homeland) performance. After 99% of votes counted, the far-right party has claimed 6.17%, landing them seven seats in the new National Assembly. While several of the party’s ideological principles are similar to those of ruling Fidesz, we will definitely hear more radical statements in the next four years.

A black horse with no allies before the elections

In the early stages of the party, the media and forces under Fidesz’s influence indeed favored Mi Hazánk’s politicians, partly in order to portray Jobbik as dishonest, which at the time of the partybreakup, was seen as Fidesz’s main rival. Indeed, Mi Hazánk politicians were regularly invited on public media unlike opposition politicians, and the party has had the chance to advertise on the billboards owned by pro-Fidesz businessmen. Radical György Budaházy, who is close to Mi Hazánk’s circles, was also speaking about potential cooperation between the two sides back in 2019.

This was not the case before the elections. Although Fidesz didn’t wage an open battle against Mi Hazánk, the party wasn’t allowed to advertise itself on the pro-Fidesz media outlets and they only received some 26 advertising billboards out of 10,000 owned by Publimont, an advertising company with a Fidesz background.

In fact, a Medián survey from January (at the peak of the coronavirus and restrictions) was the only one to have put Mi Hazánk above 5%, although most pollsters thought they stood a chance, regularly polling them around 2-4%.

While during the coronavirus outbreak, they were reticent, Mi Hazánk eventually kicked-off their electoral campaign by taking a tough stance against mandatory vaccination (which was not on the agenda, expect for teachers and healthcare staff) and restrictions, often surprisingly taking a libertarian attitude. Meanwhile, the opposition alliance had often urged the government for stricter measures.

Then came the government’s announcement to postpone the third vaccination obligation. On top of that, at the beginning of March, the government revoked virtually all coronavirus-related restrictions. Many would have thought that the wind would be knocked out of the radical party’s sails.

Afterwards, the party had been campaigning with a pro-sovereignty stance protesting against Hungarian soldiers to be sent elsewhere outside the Hungarian border, and for banning NATO soldiers entering Hungary.

On Sunday evening (before the first results were published), political analyst Gábor Török was already speculating about (the formerly far-right) Jobbik voters’ preferences. After the results, he wasn’t the only one already suggesting that the opposition may have eventually lost Jobbik voters to the benefit of ruling Fidesz and/or Mi Hazánk (whose core and main politicians left Jobbik after its centrist turn).

Indeed, Jobbik’s voters in its heydays had around 1 million voters, while Mi Hazánk has now bagged some 318,000 votes, and Fidesz also claimed more votes than expected.

And if we take a look around the constituencies, Mi Hazánk was on fire in districts where Jobbik was strong previously (including, but not limited to Bács-Kiskun’s, Csongrád-Csanád’s, Nógrád’s and Borsod’s certain constituencies). Meanwhile, Fidesz also got more votes than expected, somewhat confirming Török’s suggestions. 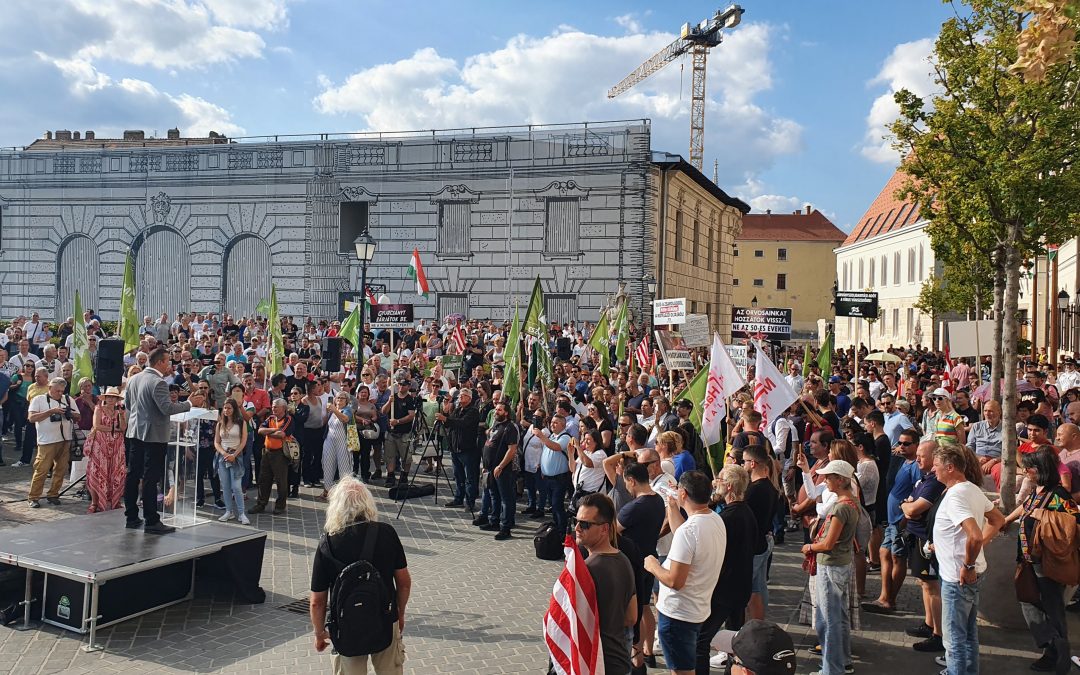 According to the recent findings of research company Policy Solutions, the percentage of Hungarian voters who are against vaccination could be as high as 30%.Continue reading

Mi Hazánk promised to be a “tough opposition” against ruling Fidesz. But what can we expect?

On the other hand, it will definitely weaken their position that Fidesz (with which the party shares several ideological principles) has claimed the two-third majority, meaning that the ruling side will be able to push through anything they want on their own once again. 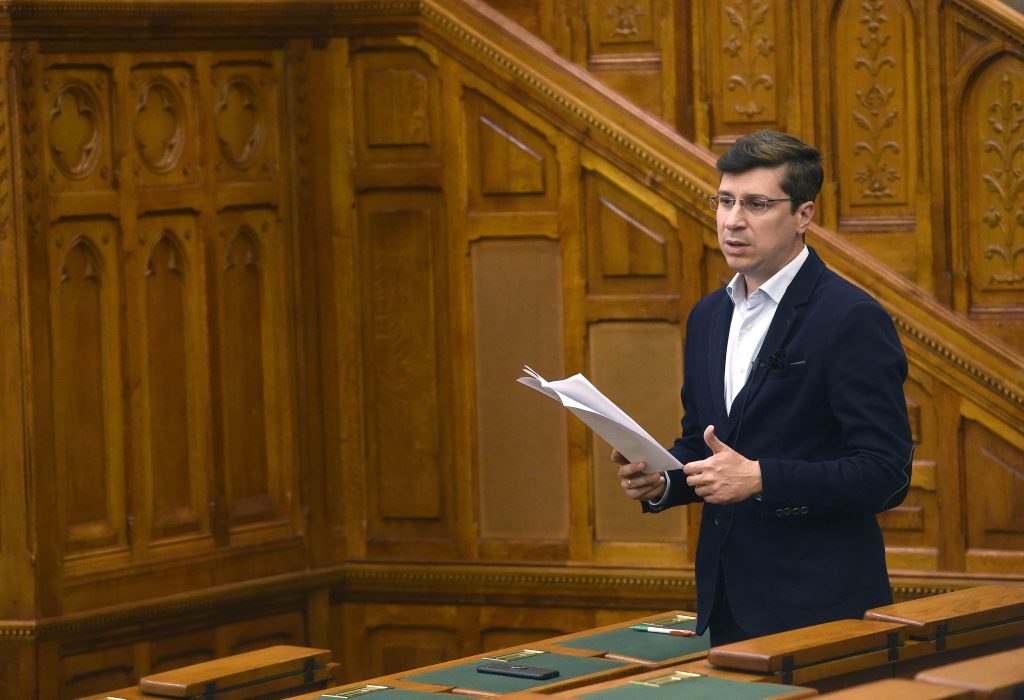 Nationalist opposition Jobbik party has welcomed Prime Minister Viktor Orbán’s Monday remarks expressing support for plans to set up a dedicated border guard force. PM Viktor Orbán announced in parliament on Monday that he had given the interior minister the order to establish a completely new, dedicated task force within the police department by September, […]
Péter Cseresnyés 2022.06.29. 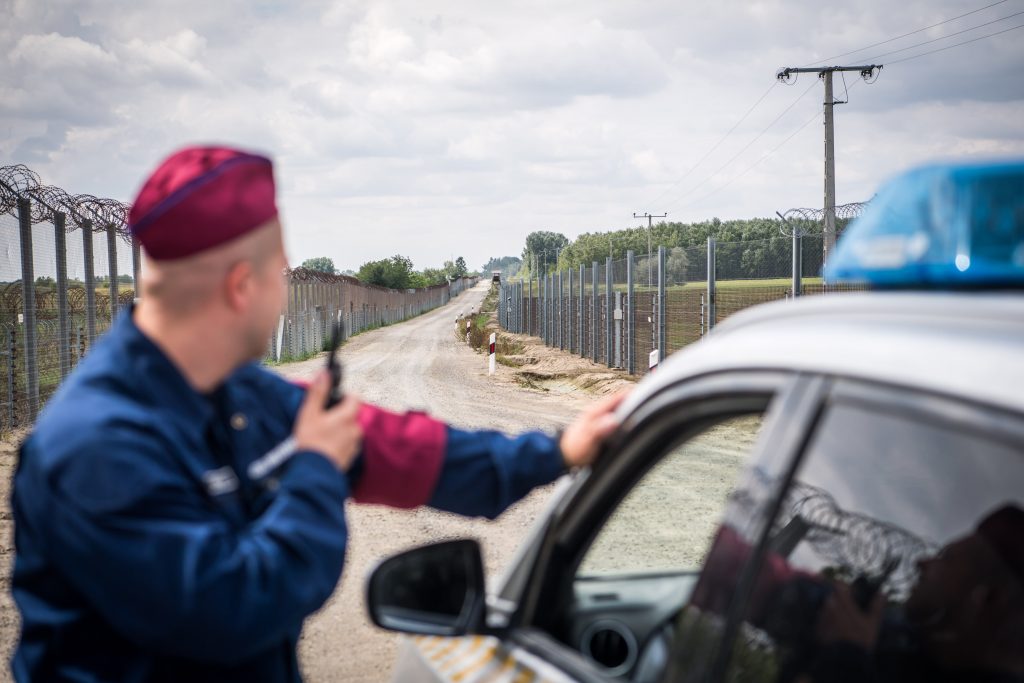 A Syrian man caused an accident on the M5 highway at dawn on Tuesday while trying to help 20 people cross the border illegally, police announced on their website. According to Police.hu, the Pest county police wanted to stop a truck on the M5 motorway in the early hours of Tuesday morning, but the driver […]
MTI-Hungary Today 2022.06.28.